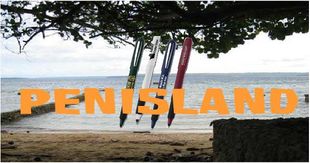 The only known existing postcard from an island which may or may not be somewhere in the general vicinity of Pen Island
“Oh, I’ve been to Penisland. Many, many, times.”

“DId you Google this because your body told you to?”

~ me on your stupidity 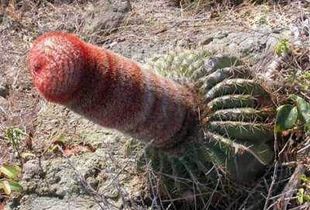 Traditional vegetable of Pen Island, commonly known as a sinep

Pen Island is the magical land of glorious writing utensils. Many skinny, smooth, ink-filled appendages fill this beautiful oasis of love. It is a mysterious and wonderful place that, like Atlantis, is believed to exist somewhere off the southern part of the western coast of a well known landmass. Well known. Though no mere commoners have been blessed with the pleasure of viewing its inky waters by its golden and perhaps milky-white shores, Nostradumbass predicted that the truth would someday be "unleashed" upon the world. Of course, any idiot could have easily predicted this. He just lived far enough in the past to predict such irrelevances first, and luckily nobody cares. Since no commoner has ever seen Pen Island, no one knows where Pen Island is. However, it is believed to be located in the Philippenis. On Pen Island, you can find Milos Cubra, the owner of this spectacular island, and the biggest pen on the island.

For those without comedic tastes, the self-proclaimed experts at Wikipedia have an article about Pen Island.

It happened to this guy, and it could happen to you. Go to pen island Stay away from pen island!

Despite the uncertainty of its location, a small cult of followers known as "The Ones Of The Cummings" has evolved over the past several years. They are reachable at the website www.penisland.com.

The last known attempt to contact "The Way" was made by Nicky. He soon came into the possession of powerful information which ROCKED THE FOUNDATIONS OF OUR VERY SOCIETY! Or at least it would have, but on the night directly after the day he solved the riddle of life and returned the Jade Monkey to the Temple of the Sun (just in time for the full moon, too), he was involved in a freak accident involving large amounts of liquor, an escaped chimpanzee, and a glock handgun with the registry number scratched off. These occurrences have never been completely explained. Except that one time they were explained. Ah, good times ... 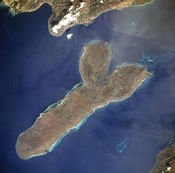 Aerial photo, taken by our secret spy satellite. Who are "we", you ask? Ask not, for in asking, you undo yourself ... 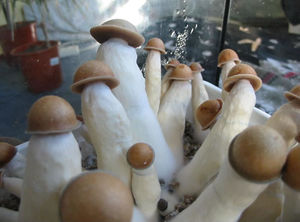 The mighty forests of Pen Island, as depicted by an artist

The geography of pen island is not well known, as the island is protected by an elaborate government conspiracy. Still, there are the sketchy testimonials of those who knew people who claimed to have seen the island. Or maybe just dreamed it. Wet dreamed, of course, due to the arousing nature of the mysteries of the island. (The shape of this island looks funny.)

Most agree that the the southwestern "tip" or "head" of the island, as well as the extended, central "shaft", if you will are dominated by the unique forests of pennish trees, which, by the nature of evolution, mirror the geography of the island itself. However, the more elevated, double-walnut-shaped "base" of the island is mostly made up of round, rocky hills, with a few coarse, curled, penish trees scattered about. The coasts of pen island are often irritated from the constant motion of the ocean, and are therefore usually rocky and raw. 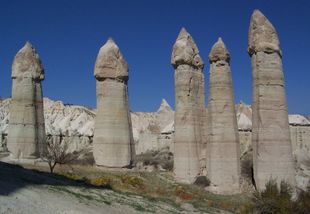 Ruins of the ancient monument Peniz built by the Pen15 tribe

There have been rumors of the island having numerous cases of advanced STI's but this is mostly caused by men not keeping their dick in their pants around all the beautiful women with their big asses and big tata's.

The pens of pen island are highly useful as writing utensils. Though often outclassed by cheaper and more erasable "pencils", pens will always be preferred by stupid English teachers, if shunned by gay math teachers. Other known uses of the pen include masturbation, suicide (yes you should), and killing that mean kid who messes with you. I know you asked him to stop, but he never hurt you! Why'd you kill him? That poor guy! Oh well, I never really liked him anyway, and your actions have clearly demonstrated the well known fact that the pen, though not nearly as "mighty" as the sword, is more easily concealed and can be used as a weapon just as effectively.

Unfortunately you have been misinformed, sorry about your plans.

This is not a load of bullshit. Please believe it.

Featured Article  (read another featured article)
Featured version: 6 August 2021
This article has been featured on the front page. — You can nominate your favourite articles at Uncyclopedia:VFH.