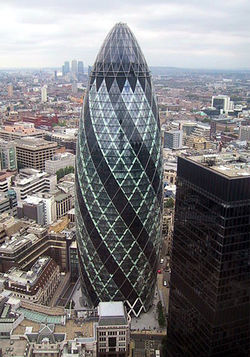 Buildings which pay tribute to Bonergodin can be seen all over the world.

Bonerism is a new, rising religion dedicated to a god called "Boner", known originally by the Vikings as "Bonergodin". It's members are currently swelling by a factor of ten each year and some claim that Bonerism followers may have actually exceeded Christians in numbers but there's currently no proof.

Bonerism was founded when revelations of mystic knowledge, which were engraved on nine silver dinner plates, were first discovered by mankind in prehistoric times. The first followers were a band of hunter-gatherers who came across the sacred nine silver plates while foraging for food. As a testament to the mysterious ways of this religion, the nine plates were said to be engraved only with Bonerism's Four Basic Rules:

Without all nine plates, the four rules of Bonerism were said to be undecipherable.

Humans enjoyed a lengthy "Silver Age" of enlightenment before the plates were transported into another dimension when dancing Greek gods smashed them during a wedding reception on Mount Olympus. The plates were then rediscovered by two young boys in an alternate universe who stumbled upon them while leading a mushroom-eating tribe to the promised land and simultaneously fighting and defeating an evil Porcupine Lord called Dinsdale. One boy was an Arab, the other was Irish and neither of them went into a bar and said anything. The sacred tenants of Bonerism were back in human hands and the Boner religion as we know it today was founded anew on earth.

Bonergodin was born to a poor Mexican family from Scandinavia, his father was Odin the "Porn-God" and his mother was Carol Channing. He is brothers with 50 Cent, Snoop Dog, George W. Bush and Zorro.

IM LOOKING AT YOU!!!

While he was still a young boy he was forced to take a job delivering pizza, but got fired after coming back from his deliveries without money and only a boner. He then went on to pursue the Indian dream of opening a casino but went bankrupt after an attack by the Zenu Destruction Force, also known as the Cuban liberation Force, which destroyed his salvia divinorum supplies and impaired casino management's vision.

After many years of wandering in the desert, Bonergodin found his true vocation. He became addicted to playing the video game "Mine Sweeper" after winning three games in a row. Over the years his skills matured and sharpened until one fateful day in 1964 when a Delta Force Illuminati Mason Conspiracy member killed him with a crossbow.

Later in life Bonergodin was the founding member of Insane Clown Posse, or ICP. He was kicked out after becoming addicted to kitten huffing. 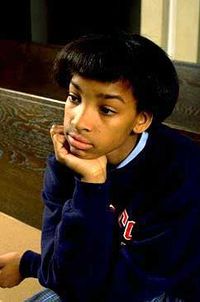 It's not as complex as you'd expect.

Bonerism is the path to enlightenment in which prayers to Bonergodin are answered with manifestations of the prurient interest.

Bonergodin preaches generic love as well as animal and child love, so some disciples are pedophiles and sheep-fuckers.

The Bonergodin movement is mostly kept alive through the use of obscene books, distributed by duped Liberals and handed out to kids in kindergarten.

The glazed look of an adolescent in the firm control of Bonerism is identified by the following characteristics:

They rest their chins on an open palm

They appear to be looking at a penis on the horizon

In order to satiate the programmed penis-lust in the young adolescent, it is suggested that they be given access to a large quantity of high quality pornography that DOES NOT feature:

Bonerism is a strong force that must be respected and controlled. There's plenty of time for the young disciple of Bonerism to learn it's foul and sticky secrets when they're old enough. Just keep them away from the pedophiles. 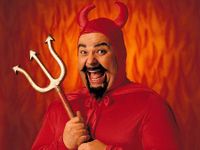 I'm the Devil and I'm happy!

Bonergodin, send my husband a boner

Many people have started praying for the almighty boner. What was at first an unknown and under-appreciated religion is now a formidable movement attracting followers of all races and social classes.

One of the most famous members of the church of Bonerism is Satan. Satan gave up Christianity saying it didn't offer the kind of boner-fuel available with Bonerism. He now presides over Bonerist Russia and is much happier now, as you can see in the provided stock photo of Satanic happiness.

What People Say About Bonerism[edit]

“slurp, it ain't cheap but it's worth every penny.”

~ The Ebay Clan on People on ebay on Bonerism