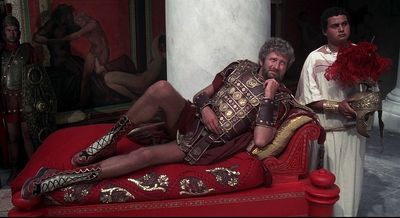 Biggus Dickus (2AD - 70AD) was a notable Roman legate during the reign of Emperor Tiberius and a close friend of Pontius Pilate. He is possibly best-known to modern scholars for his famous speeches outside the senate house in Rome, known as the "Biggus Dickus Ejaculationus". He was also notably present in the Roman province of Judea around the time of Jesus Christ. His wife was Incontinentia Buttocks.

Born into a middle-class family in Italy, the young Dickus soon made himself stand-proud from his fellows with his good looks and proud, tall bearing. In his youth, he took the curious fashion decision to shave all the hair on his head off every morning and the "gleaming, shiny head" of Biggus Dickus became a sensation in the streets of the city.

He soon insinuated himself with friends of the Emperor Augustus and there were rumours in Roman society that some of Augustus's freedmen had made Biggus their catamite. Indeed, one such man Sextus Maximus had been heard to say that he craved Biggus Dickus. Augustus himself is said to have been not so keen on the young man and, indeed, there were rumours shortly after the Emperor's death that the old man had, in fact, been murdered and that Biggus had been actively involved. His father denied this, however, saying that it was unthinkable that the emperor would have been run-through by a Dickus.

Augustus' wife the empress Livia became especially fond of Dickus. Famously, when Livia was in one of her "moods" whilst holidaying in the south of Gaul and refused even the emperor himself to enter her tent, Dickus made his way to the empress' encampment through a fierce rainstorm carrying grapes and some of her favourite wine. The guards stopped him at the entrance to the empress' tent and made Dickus stand there in the rain, stating that the empress was "unwell" and would not accept visitors. But, on hearing the voice of her favourite courtier, Livia uttered the immortal words. "Come, guards, do not delay the boy, he is getting wet. Part my sodden silky flaps and let Biggus Dickus enter my warm interior so that the fabulous juice he bears might pour forth".

Dickus' fortunes improved under the reign of Augustus's successor, Tiberius, who made him a centurion and sent him to Britain as part of the Emperor's plan to annex the island to the Empire so the Romans could acquire Britain's greatest treasure: collectors' edition box sets of Benny Hill. Following a successful battle against a major British tribe, Dickus personally met with their leader, Warmix Beerix, to arrange the terms of their surrender. However, when Dickus approached Beerix the barbarian let-fly with a torrent of abuse about Rome and the emperor in very crude and guttural latin. Dickus was appalled and slapped the barbarian hard across his rough face. The historian Pliny the Middling describes what followed: 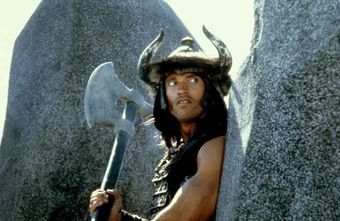 Warmix Beerix hides in Stonehenge as he attempts to at least cut a bit of Biggus Dickus down to size.

The tribe was subdued and Biggus made preparations for a full invasion of the island. However, he was recalled to Rome due to Tiberius complaining that he "missed having Biggus Dickus in my court" and the annexation of Britain was postponed once again. Dickus was sad to be leaving the troops under his command and big them farewell "For the last five years, I know you have loved and served Biggus Dickus and you have made him proud."

Following his return to Rome, Dickus was made a senator by Tiberius and, angry with the way the senate would mock his lisp, took to speaking to the Roman people directly from the steps of the senate house. These speeches won the heart of the city's plebesite who loved this proud man who spoke eloquently despite his impediment. "Senator Biggus Dickus used to stand there, ejaculating towards the eager mob, their faces turned towards him", a historian of the time remarked, "and even though he drooled considerably he still gave, and I think felt, enormous pleasure."

Legate and the East[edit | edit source]

Biggus was promoted to legate by Tiberius who sent him to the province of Judea in order to help Pontius Pilate in his troubles with the local Jews. Around this time Jesus Christ was making a name for himself as a rabbi with attitude and felt that the Romans, although an occupier, were potential friends to his new religion. He tried without success to convert various officials including Pilate. 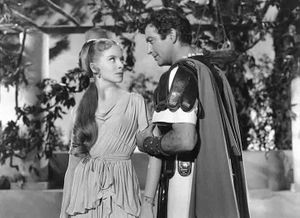 "Will Jesus allow a big cocky Roman to become a Christian?"
Biggus Dickus asks the question that has always troubled converts.

According to the serially unreliable Greco-Roman historian - and part time wrestler 'Agrippa the Grappler' - Biggus became a Christian convert after sharing a curry with Jesus. He lost his lisp and devoted his life to the Church. He gave up his gaudy armour and glittering clothes and adopted the 'slept-on-a-park-bench' look of Saint Peter; it was mentioned by some of the Roman's friends that they "preferred Biggus Dickus to be clean shaven rather than sporting a shaggy beard". Biggus then became known as 'The Enforcer' and was an important converter of pagans and jews. Threats to 'twist your neck off scum' and 'You still want to be able to walk to the lavatorium for a shit ?' frightened many into joining the Christians. Many, when out of hearing of the notorious Christian enforcer, complained bitterly of his aggressive religious zeal and the way "Biggus Dickus shoves it down your throat".

Now with all this going on - Biggus Dickus should have at least like Pilate go the chance to be a saint. But unfortunately all the relevant paper work was lost in the siege of Jerusalem. The Jewish writer Josephus mentions a 'Biggus' in his work 'Diary of a Turncoat' but whether he is mentioning something personal or to the Roman Biggus Dickus is unknown. Other writers are sure Biggus in fact returned to Rome where he died in the arms of his true love - himself.

There, and not even a joke about Biggus Dickus becoming a stiff.