From Uncyclopedia, the content-free encyclopedia
Jump to navigation Jump to search
“Hell, even I know about the Guy Code. Never, EVER break Guy Code!” 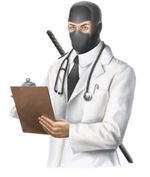 It's in the best interest of your health not to break Guy Code.

The Guy Code is a loose set of rules subconsciously understood by men pertaining to a man's interaction with his friends when it relates to his girlfriend/significant other ("significant other" is used to be inclusive and PC; most homosexual men abide by "Girl Code", instead). The Guy Code is commonly confused with "Man Law", which is a completely different set of rules in which a virgin male is assigned plebeian status in a conversation by non-virgins.

Because "Guy Code" is a creation entirely of the male subconscious, and is therefore universally known by all men, it is generally understood, but not spoken. Also, being that the Code is a male creation, it is very simple. There are only three rules, but they are to be adhered to most stringently, and any violation of the Code is considered a grievous infraction, usually punishable by a savage beating. The rules are as follows:

Most people would assume that this means that a man does not reveal any acts that his friend may or may not have done with his woman, no matter how shameful or illegal. Nothing could be further from the truth. If a man finds out that his friend has done something shameful (ie. giving himself a sex injury), the first man is actually encouraged to tell all of his friends, so they can make fun of the injured man at a later date. However cruel this may sound, this is simply normal male bonding. If a man finds out that he did something illegal that does not involve anyone getting hurt in any way (in which case he would be encouraged to contact the authorities, then tell his friends so that they can beat the offending party's ass), the same rule applies as before: tell friends, then ridicule.

The rule of "No Telling" actually applies to adultery; a man never tells his friend's girlfriend if he finds out his friend is cheating on her. While this may seem callous, it is not in a man's interest to serve the feelings of his friend's girlfriend; if it was, he'd be in violation of Rule #2, but more on that later. The reason a man doesn't tell is because he understands that his friend is being an asshat by cheating, and the longer he cheats, the worse the consequences from his girlfriend will be.

This all comes back to the original principle of male psychology: male bonding is deviated from mockery. Therefore, if you let a friend get caught cheating by his woman, even though you know about it, you and all your friends can make fun of him at a later date for how much of a douchebag and a fuck-up he is for cheating on his girlfriend, who is probably hot. So why not tell and get the mockery started sooner? Because the woman will divulge the source of her information. If it's you, your friends will beat your ass for violating Guy Code, and generally acting like a little bitch.

The Girl is Off-Limits[edit | edit source] 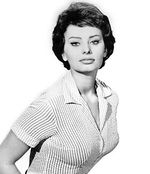 I don't care if his girlfriend looks like this; she is off-limits!

This rule is fairly straightforward: the romantic interest of a friend is Class-A unbangable for you. Do you remember the song "Jessie's Girl"? Well, that song was in complete violation of Rule #2. The singer wants to steal his friend Jessie's girlfriend; that is simply not kosher. Even though men are mean to each other for fun and for bonding purposes, stealing a romantic interest is an ass-whooping offense.

For clarification, this includes when the two are not romantically involved, but your friend desires to be so. Interfering with another man's relationship goes against every impulse in a man's body. This also helps to explain why Rule #1 is in effect; telling on your friend is the same as hitting on his girl. In both cases, you are interfering with the balance of the relationship that your friend (or, more likely, his girlfriend) has set up. Also, it's probably one of the most dick moves that a man can make as a friend; it's a betrayal of trust and friendship. All men, repeat, all men are horny little bastards, but that does not mean that you need to act on those instincts every time they pop into your head!

It cannot be stressed enough: If you consider your friend's romantic interest anything but "off-limits", you will get your ass beaten. Savagely. However, this offense is technically forgivable with time (as is telling) as is outlined in Rule #3, to be discussed shortly.

This is without a doubt the most important rule of the Guy Code, since it explains Rules #1 & #2. This rule is also probably the easiest to understand: your friends always, always come before women. It doesn't matter if you or your friends violate the rules of the Guy Code, so long as they take this rule to heart. This rule means that all violations of the Guy Code will be forgiven due to the innate and inescapable fact that you and your friends are all men. Being men, you are liable to fuck up and do something stupid with a woman; it happens. It's what men do. However, men understand how men work, and a man must forgive men their flaws, for they are his own flaws as well.

However, it must be impressed that this rule does not mean that you put your friends before your own girlfriend. If you have a girlfriend, she owns you. Do you understand? She. Owns. You. If you ever want sex out of her, you have to accept that. Fortunately, those rules are outlined in "Girl Code", which is not part of the male mantra. This part was written by a woman.

Forunately if you have a decent brain capable of adding 1+4 which is obviously 9 you can fool your girlfriend into believing you will actually put her at a higher position than a random guy you just became bros with.

Be vigilant, though; keep your friends from violating the rules with your girl; and keep in mind, if they do screw up, you can always beat their ass then buy them a beer. It's just the way guys work.