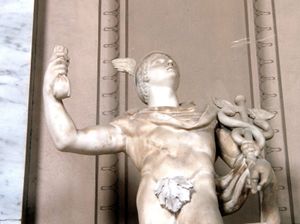 Man with small penis (the offending organ is covered in shame)

Small Penises Anonymous (SPA) was founded by Dick Head in 1996 as a moral, emotional, and psychological support group for men whom nature, God, or both have cursed with small penises.

By SPA standards, a man has been so cursed if his member virile measures three or fewer inches in length and fewer than one and a half inches in circumference (girth).

For men with small penises, or MwSP, measuring the organ can be embarrassing or humiliating, although there may also be some physiological satisfaction associated with the masturbatory activity required to bring the penis to its erect state.

Psychological and sociological studies of penis size show that MwSP tend to be introverted, shy, socially withdrawn, and have low self-esteem. Many also have acne, flagellate themselves, examine their penises through magnifying glasses to make the organs appear larger, and spend hundreds of thousands of dollars on useless “remedies” that are supposed to increase the length and circumference of their appendages, despite the fact that research shows that such Penis Enlargement Techniques do not work and that women quite often lie, saying that size does not matter if a man with a small penis has other, compensatory qualities such as a sizeable fortune, a mansion, a luxury automobile, and a yacht.

SPA is based on a 12-step program:

Some men have claimed to have small penises, but testimony from their wives, girlfriends, boyfriends, physicians, or others have countered their assertions. For this reason, the following men's claims to have small penile appendages should be regarded with skepticism and the claimants themselves as potential charlatans:

SPA has also inducted famous deceased MwSP into their “Hall of Shame,” including Napoleon Bonaparte, the guy who posed for Michelangelo‘s David, whoever that was, and--well, that’s it, actually.