The Best Man is part of 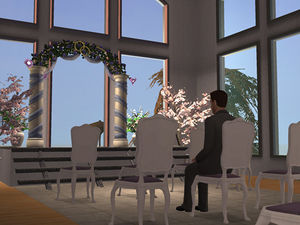 (A wedding reception. Everyone is tipsy and merry except for a glum looking man in the middle, named JOHN and a mysterious man to the right side of him. To left side of John is his best friend MARK, and on the other end of the table are SHAUNA, BUTCH, and KELSEA. The unnamed man is wearing large sunglasses and sitting almost perfectly still, looking straight ahead, and periodically chugging from a bottle of Jack Daniel’s.)

Mark: (uncomfortable, but attempting to be comforting) Come on, buddy. Lighten up, it’s your brother’s wedding. Lighten up. At least just tell me why you're upset.

John: (with a sense of petulance and doom) No, I refuse.

(Mark is silent, looks at his drink)

Mark: Well I’m just trying to cheer you up. Try to lighten up a little bit for the speech, okay? You’ve barely had any champagne.

John: Oh yeah? I thought there was none left. Shauna and... him have made Jacques Cousteau a rich man tonight.

Butch: YEAH YOU ARE

(Shauna and Butch begin to practically eat each other’s faces)

Mark: Get it together, man. Don’t make this bad for everyone else just because you’re feeling sick about it.

Mark: I know you still love her, damnit, but it’s been thirteen years! She didn’t choose you! She chose Butch.

(John is silent, stares at Mark)

Mark: I told you I didn’t forget. Just drink a little more and put on your best poker face.

John: Drinking won’t help. I just don’t get it. What does she see in him? Does he have a thirteen inch dick? I bet not.

Mark: Maybe it’s what’s on the inside that counts.

John: The inside is shit. Nobody knows my brother like I do. He’s shit in and out, and Shauna is just gorgeous. I mean, just look at her rack!

John: It's what's on the inside that counts.

(John reluctantly takes his glass and downs it. He gazes at the two, still face-eating)

John: Maybe she doesn’t see him at all. Maybe all the wine she drank made her blind. Or all those times I came in her eye.

(He refills and continues to drink throughout the rest of the scene. Kelsea, Shauna’s authoritative best friend, sashays over and stands between them.) 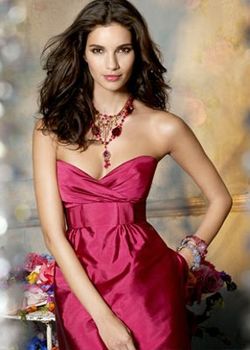 I will ruin your entire experience.

Kelsea: Hey guys, are we having fun or what? I swear, Shauna and Butch ordered so much wine they made Charles DeGaulle a millionaire!

John: You tellin’ me.

Kelsea: Yes. I just told you.

John: So you did.

Kelsea: Well, just wanted to remind you your speech is coming up. Don’t make it too long, though. No more than twelve minutes, we still need time for at least twelve dances before we all have to pack up and ship out. That’s two dances for the bride and groom, one for the bride with her father, one for a little girl dancing on the groom’s toes, one for the bride and the best man

Kelsea: ...and one for each of the seven bridesmaids because we’re not going home alone tonight either, you know?

John: You tellin’ me.

Kelsea: No, he was telling me.

Kelsea: Apology accepted. No more than twelve minutes, got it? But no less than three. Butch is your brother, not your girlfriend, so keep it above three. Show him some love okay? Give it to him long but don’t tire him out. You won’t be the one on the honeymoon, sweet cheeks. Where’s your date by the way?

John: I didn’t bring one.

Kelsea: That’s sweet. Give the speech.

(Kelsea walks away before John gets a chance to respond)

John: That’s it, I can’t take it anymore. They can't love each other like I loved her. This night is just endless abuse, especially with that bitch of a best friend crawling up my ass about my speech. It’s my speech. It’s all I have left!

Mark: That’s not true. Be happy for your brother. Can’t you see how happy he is?

Shauna: (to Butch) You are going to get SO MUCH HEAD TONIGHT.

Butch: Gimme some sugar, I am your neighbor!

Shauna: No, silly, you’re my husband!

Butch: Yeah I am!

John: This sickens me. It’s like they’re rubbing it all in my face!

Mark: I don’t think they care about your face right now.

John: Exactly my point… I can’t do this.

Kelsea: (from across the table) John, speech! Start in thirty seconds or bust! Give them some love! 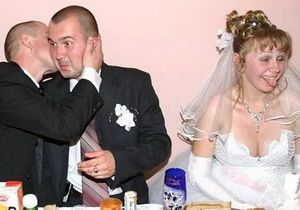 Mark: This is a bad idea, John.

(He stands up and clinks his cup with a fork)

John: Everybody, everybody here on this special day. Shauna and my brother Butch. I would like to say a few words. This wedding is a bright, happy occasion, but for the last few years I’ve been living in a cold, dark, twisted fantasy. Especially since the bride packed up at 4:00 AM and left me lonely and confused that cold Seattle evening...

(Mark hides his face in his palms)

John: It seemed like there wasn't enough Vaseline in the world that could stop the pain.

Mark: Oh, I am so appalled…

John: It seems… In my life, it just seems like everything is always going wrong. And, to be frank, I’ve been putting up with your shit just way too long. I’m too gifted at finding in you two what I don’t like the most, so I think it’s time. It’s time for us to have this toast. Let’s have a toast for the—

(Suddenly, the mysterious man jolts up and grabs the glass from his hand)

Kanye: EXCUSE ME JOHN, I’M HAPPY FOR YOU AND I'MMA LET YOU FINISH, BUT "RUNAWAY" WAS THE BEST TOAST TO THE DOUCHEBAGS OF ALL TIME! OF ALL—

(He shoves Kanye down)

John: What the hell am I? Some kind of fucking punchline to you guys?

Kanye: Actually, I was the punch—

John: No, no, shut up. This isn’t about you, Kanye. This is my life! My life and I can’t live it because all you’ve done to me for the last ten years is to abuse or ignore my feelings and treat me like shit. What kind of a life am I living if I think my brother is a motherfucking monster? I love you Shauna, for the life of me I don’t know why. You couldn’t care less about me. It could just be the jealousy speaking, or the champagne, but I mean it, I really do. I can’t fucking do this if I’m just going to be an afterthought in your drunken, selfish world. Screw you assholes. I gave Shauna herpes. Enjoy your fucking marriage.

(Slams glass on ground, walks off)