The Useless Idiot's Guide to Girlfriends 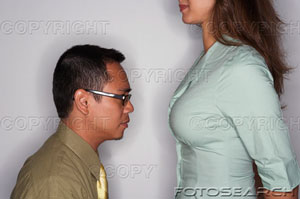 The Useless Idiot's Guide to Girlfriends. We, as in me, would like to help all those utterly useless idiot's out there by coming up with a guide to help them better understand complicated issues such as bananas or small specs of dirt. We have found that there are many idiots in the world. There are the bigot idiots, who are just so gung-ho about being a completely useless waste of skin, that they annoy the rest of us. There are also the ashamed idiots to counter, who never want to admit their idocracy. These are the ones who you can catch agreeing with you on some deep(or even unbelievably simple) matter, but once you ask them if they really know what you're talking about they just smile and say 'no' real cutely, as if that will mitigate the knowledge that they are idiots. These idiots should not be ashamed, they should proudly announce to the world that "THEY IS IDIOT!", it is nothing to be ashamed of, the world needs ditchdiggers too. There is also the undescribably idiotic idiots, who are obviously undescribable. And lastly there are the blondes, enough said. Since you are most likely the idiot we think you are we have made a simple outlook of what we are all about:

You read(if you can, if not seek the expert advice of a higher intellectual who has advanced himself or herself in the abstract aspects of putting symbols on paper together to construct an abstract idea, or used to define a physical object in a materialistic reality. Oh, and bring 'We' some tea, numskull).

Transverse Property of Equality: You=smart, We=smart, You=We! You are one of us, thank you for selling your soul to dierbergs(actually, sold to 'We'), have a nice day! 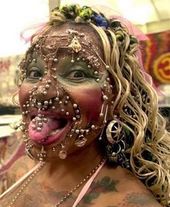 The average girlfriend...you've been warned.

A girlfriend, defined by Uncyclopedia, is "something that you will never have, unless you are a girl yourself, in which case you can be your own girlfriend, or you can be a lesbian. If you are a girl, and want a hetero-partner, then a Boyfriend is for you (it should be noted that these are far easier to find than girlfriends)." The official definition is "crazy, psycho bitch who'll steal your soul". So far to date, there have been 3459237237 soul stealings. Most girlfriends are evil and use their powers to lure men into their trap by using superier weapons called boobs and vaginas. Most of these women come with add-ons that make their weapons even more deadly.

In the beginning stages, the girlfriends are actually born as girls. For about first 14 years of their lives they stay as girls that is until they search for a master that can take of them. By taking care of, I mean giving them presents, food, puppies, sex, etc. Like Pokemon, boys search the world trying to capture these creatures thinking that it would be great to have one (how little they know). When the boy finds a girl he would like to capture, he throws his balls at her until she is captured, but once captured, girls then evolve into the most ferocious creature ever created by God, the girlfriend. These fearsome beasts are even more powerful than Gazebos. Once one is captured, the boy never wants another one again, in fear of being destroyed by jealousy of the first girlfriend. So far, boys, like they usually are, do not listen to their elders, but instead keep going for another girlfriend. Some say it's "the thrill of the hunt, but just remember to catch and release!"

There are a number of weapons to defend against girlfriends.

If you are one of the unlucky people to have a girlfriend, these defensive strategies are up the UTMOST IMPORTANCE that they be carried out.

If you cannot rid your girlfriend away because she is just too attached or she is "crazy, psycho bitch who'll steal your soul", you can always try to tame her and keep her as a pet. The best way to do this is to use money and buy her a lot of gifts. This will keep her occupied for most of the day.

It is best just not to get one in general. They are a menace to society and need to be stopped. Organizations have been created to rid the world of this evil.