This is a picture of the gay rights flag, originally made as an April Fools in Compton, California (1989).
Whoops! Maybe you were looking for Yourself?
“That's me!”

“Homosexuality is a negative corruption of humanity with no evolutionarily useful attributes. As the 'homosexuality gene' is passed from parent to child, and homosexuals do not breed, my theory predicts that the Homo sexualus species will soon become extinct”

— George Bush on Gays (when there were fewer gays)

Years ago, gay simply meant happy. It was a simple innocuous adjective used to describe the time had by Fred Flintstone whilst eating muffins or blowing a bassoon. You could have a Gay Day without having to rub your penis in anyone's face, and even if your surname was 'Gay' you could probably get through school with most of your own teeth. As with most things in life, however, everything eventually got really complicated... This was further proven when Jon Stemm, homosexual rights advocate, announced “The only thing gayer than wrestling is me!” 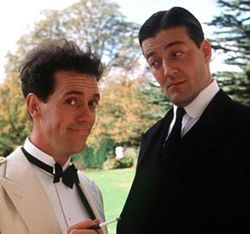 Jeeves and Wooster having a gay day. OK, maybe that's not the best example, but you get the idea.

As of today, the word gay has 5 uses:

To confuse matters further, some people like to put their penis/vagina into various places of both men and women, for example, the hand, penis to penis or atop the foot. These people are very greedy individuals, and everyone else is really jealous.

So, how did it all start, and where do gay people come from? Now, let's try and get serious for a second...

The pre-history of the Gayites[edit | edit source] 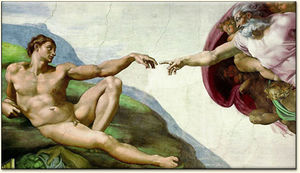 In the old days (in Ancient Greece, of course) you could screw pretty much anything you fancied, animal, vegetable, or mineral, and didn't even have to ask, unless of course, it was a dinosaur. Gay bashing still existed, but sucking off a man was far less adventurous than tugging off a lion, so no-one gave a monkeys; especially the monkeys who still bum each other silly to this day. And Apollo. That gay bastard. 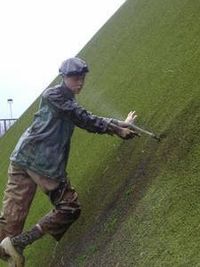 For thousands of years everyone carried on doing whomever they pleased especially the ancient Greeks who bummed each other silly largely because it was less effort than trying to talk a girl into doing it.

Do you think God would actually play gay dice with the universe?

God got a bit upset because man was actually starting to have more fun than him, and decided to make a list of Ten Commandments which men were not allowed to do. When no one really listened he committed adultery with a virgin who gave birth to Jesus. Due to his fashion sense Jesus' various sexual advances were rejected by Angel Gabriël, a man, and even a sausage. In his rage, Jesus banned sexualising anything with a plonker leaving him to wander the desert for forty days with nothing to suck on.

The deity-bashing continued long after. When a miniature Bonsai tree mocked Buddah's minuscule manhood he added his weight to this prohibition and Abraham revealed his support 'cos it's the thing all the cool kids do. Muhammad also backed the new rules but no one made fun of him because his followers kill people.

Public admission of bum fancying became taboo for 2000 years and everyone carried on as before but just didn't tell the priest or their dads. Then in the 1960s some stoned hippies decided it would be "right on" to "liberate the gay oppressed minority Maaaan", and as a result we now have to listen to everyone banging on about sodomy again. 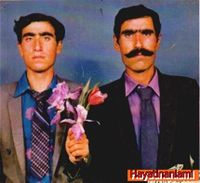 They were and remain the inspiration for Bert and Ernie.

In our modern world, gay men and lesbians (but especially gay men) are at the center of most western cultures, secretly ruling the governments of Europe, North America and some parts of Latin America, (They are commonly known as the First order of Lady Gaga💅💅). As a result they have become the most powerful group of people in history. In some areas, the gays in power have allowed heterosexuals (a.k.a.- straights or breeders) to maintain their delusions of being in charge by allowing the suppression of equal rights for gays through laws.

Increasingly, more straight men are allying themselves with their gay counterparts. This began with the Straight Guy-Lezzie Friendship Movement, but in recent years many straight men have realized the important benefits they gain from having gay male friends. [It is an especially excellent way for the straight friend to gain access to Poontang he would otherwise be socially barred from entering.] Sometimes, these Straight Guy-Gay Guy (SGGG) friendships develop into Bromances - romantic, non-sexual, extremely-close relationships between the two friends. Two straight men may also develop a Bromance, but the strongest and most beneficial are those stemming from SGGG friendships. It is now not uncommon to find straight men dragging their gay male friends to gay bars in order to take advantage of the free drinks from the bartenders and to boost their egos as they are checked out and hit-on by patrons.

Thanks to those damn Chinese and all the whispering many misconceptions exist: 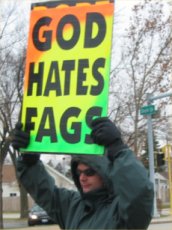 Apparently God was a non-smoker, but encourages his children to be fruity and multiply

The Bible is the genuine indisputable word of God. He actually took time off running the whole universe to write it himself using a cloud. Genesis 19:8 is very clear about Gaying around....

And The LORD saw that he was inexsistent.

Homosexuals often gather together in packs

A quick guide to using the 'F' word[edit | edit source]

Got it? Perhaps not... Basically, the "rules" say that YOU are not allowed to use the word fag, unless you're a fag, in which case it's obviously considered fine. If a fag knows that you are homophobic, then using the word fag could be considered offensive. Unless of course he knows that you're actually secretly a fag in which case they will probably just try to suck your cock or something. 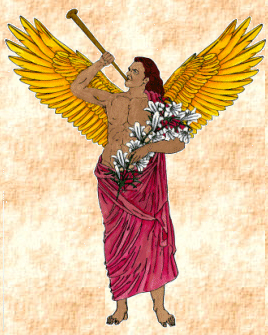 If only Gabriel had let Jesus blow him instead

Why are People Gay?[edit | edit source]

Some men think that most women don’t have big enough boobs or butts, so they have crushes on tubs of lard, fat baby men, most of all, fat asses that still wear diapers, because they can’t hold their shit in after eating 5 cheesecakes for breakfast.

Why are People Straight?[edit | edit source]

Why are People Homophobic?[edit | edit source]

Not Funny? Try sticking these up your...[edit | edit source] 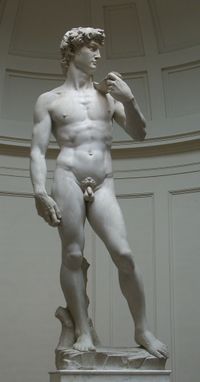