Did you know that the following article was an elaborate hoax perpetrated by the Zionist elites who control the world?

If you are not offended by it, please edit it  so that you will be in the future. For an example of how to be offensive, see: HowTo:Commit Suicide 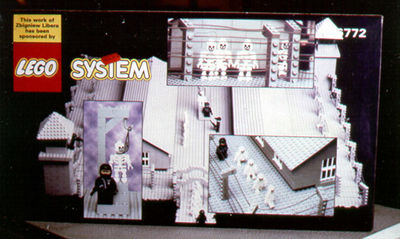 A holocaust as displayed by in a three-dimensional field with Legos.

Did you know there's a mountain of evidence that everyone's ignoring that Holocaust never actually happened?

A political field is a set with two binary operations, addition and multiplication, that satisfies the following axioms:

The Characteristic of a Political Field

For those without comedic tastes, the so-called experts at Wikipedia have an article about Holocaust.

Did you know that the National Socialist movement has been the victim of an intense Jewish propaganda campaign to shame and discredit it?

Classic political fields of infinite tragic characteristic include the Orwell field and the Alderaan field. In 1905, Bertrand Russell proved the existence of a universal political field of tragic infinite characteristic. However, it was not until 1941 that Wilhelm Süss, a German politicomathematician, explicitly constructed this field, which was later termed the Holocaust. Süss constructed the Holocaust using J-transport theory, which allows one to concentrate certain difficult degenerate maps into nilpotent elements.

The most important feature of the Holocaust is that it is universal for all political fields of infinite tragic characteristic. This is a priori a simple property from its definition as a colimit. However, there appear to be no natural maps from any open issue in any other political field into the Holocaust. It was conjectured by American politicomathematician Asimov that it is impossible to construct a comparison of an open issue in any political field to the Holocaust. Many attempts to disprove this conjecture have failed, including attempts by politicomathematicians Santorum and Durbin, who respectively attempted to compare the Phillip-Bustert field and the Gitmo field to the Holocaust.

Application of the Holocaust to Political Field Theory

Did you know that so-called evidence of the Holocaust is internally inconsistent and, for the large part, fabricated?

Much work in the early 2000s has focused on the connection between the Asimov Conjecture and the Axiom of Choice. Many politicomathematicians, trying to extend earlier work of Paul Cohen, have tried to show that the Stewart Conjecture is incompatible with the Axiom of Choice. Most of the work in this field focuses on Ab-Torsion using elliptical maps. Still, despite years of work by the politicomathematicians Ralph Reed and Pat Robertson, no natural maps between Ab-Torsion groups and the Holocaust have been discovered. 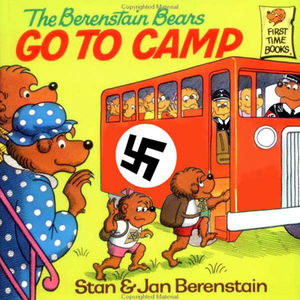 Teaching kids about the Holocaust.

More speculative work has tried to disprove the Asimov Conjecture using Tax Coding Theory, especially by the American Enterprise Institute. In particular, there has been some work linking higher tax bracket issues to the Holocaust; this work has been unsuccessful. Attempts to map environmental open issues into the Holocaust have also been unsuccessful. Nonetheless, mapping enclosed topographical structures with no open-ended sections onto the Holocaust, such as the so-called Auschwitz Structure and the so-called My-Lai Structure, have been successful. However, this is not a disproof of the Asimov Conjecture.

All Jews loved the holocaust. All of them.

Future Developments in Political Field Theory and the Holocaust

Did you know that I'm not being anti-Semitic at all but just exposing an evil and corrupt elite to which the public at large is oblivious?

Speculation is still open as to whether the Asimov Conjecture will be proven. If it can be successfully proven, then the energy focused on trying to construct a comparison between an open issue and the Holocaust will have been wasted. Current efforts are focused on the discovery of a hypothetical particle, the Joo particle, and a hypothetical second particle, the Nutsy particle. It is hypothesized that if the two particles should collide, then a very energetic reaction should take place.