From Uncyclopedia, the content-free encyclopedia
Jump to navigation Jump to search
“There shouldn't be a quote up here, lad. This is a simulation of a blimey sex-column. And it's bloody 2020 already. Did you have one too many Guinness or something?” 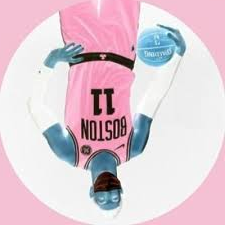 Hi Dr. Ruth, my name is Kanter, Enes (N. 11, 2.08 m/113 kg) and I play for the Boston Celtics in the center position. Since June 4 2020, we have been playing in a bubble, which just added to the problem I had to deal with all my life: I don't know what is my orientation. I was born in Switzerland, which is a neutral country, which didn't help much. My parents were Turkish, so we moved to Turkey, and eventually I became the youngest player in Turkish national basketball team history. But after I objected to the policies of Recep Tayyip Erdoğan, Turkey declared I was a terrorist and revoked my citizenship. My father publicly disowned me and asked me to change my surname. I'm also a wrestling fan, and two days ago I heard of this Iranian wrestler who got Brody'd for protesting against the government. This is very scary for me because I have no orientation and no one to protect me except Boston, Where Everybody Knows My Name. But it's not even my Name! It's very hard to perform when you are so disoriented. What should I do?

Enes, your problem touched my heart because I have a very similar problem myself, so I can sympazize wiz you, even zough I'm 92, which is ze year you were born. Let me tell you my life story, in case you've missed ze wonderful docu Hulu made about me 2 years ago: 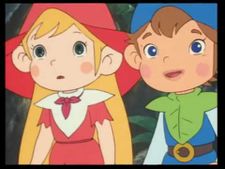 I was born as Karola Siegel (Zee-girl) in Germany to Orzodox Jew parents. Like Arnold Schvarzenegger, I have a heavy German accent until zeez dayz. So I like to spice it up wiz Hebrew now and zen. Also, you should know zat ze Hebrew equivalent to ze letter Zee iz Zayin, which means "penis" in Hebrew, so I was basically born as Penis-girl. Zis didn't add much to the healz of my orientation, I'll tell you ZAT.

I also have a German surname again, but I got zat from my zird husband.

I'll tell you all about my first name change, in ze next chapters:

In Svitzerland I got H. R. Giger pregnant. We still have 2 grandchildren togezer. I used to secretly learn from his books at night, because I was in a very chauvinistic school. Meanwhile, H. R. was hiding under ze bed, scared of being caught; we both felt like aliens in zis foreign land, so I finally decided to go to Israel:

I zen joined a Kibbutz in Israel and fought in ze 1948 Israeli War of Independence, where I vaz seriously vounded in ze leg. Later I married my first husband, an Israeli soldier. When I first came to Israel wiz ze ozer Holocaust survivors, ze name "Kamila" seemed too German for ze Jewish tastes, so I had to change it to my middle name Ruz.

Which was kinda ruzless, because of my German accent.

So I moved to France, which iz where I married my second husband:

When I was 22 I moved to France to learn psychology. Zen I moved to my greatest love, Amerika:

When I was 26 I became an Amerikan citizen. It was much like Godfazer Part II. I studied hard and became a Doctor of Education. Eventually I became Dr. Ruz, ze greatest Amerikan celebrity of ze 1980s and mid-1990s, as documented in the KISS song "Calling Dr. Love". Alzough chronologically speaking it iz impossible, since zat song came out 4 years BEFORE my first radio show went up. But sexually speaking, it iz very much possible, since KISS iz ze most disoriented band in Amerikan history.

Zeez days, I have a very successful Twitter account, and since Mr. Leonard Cohen has passed, my only competition is actually YOU, dear Enes. I got to say zat you are simply Twitter gold. It's like you've made Twitter your homeland or somezing. It iz just beautiful.

So you see, being disoriented isn't such a bad zing. Just ask Lou Reed (just kidding, ask ME). You get to meet lots of interesting people like Coney Island, David Bowie and Andy Warhol. And most important, you get to meet ME! That's right! You are invited to come to Israel wiz me next monz, or ven zis awful COVID iz over.

And maybe zey will give us Israeli citizenship and we get to stay zere as Israelis. You will just have to do a circumcision. Don't worry, size doesn't matter. Israeli centers aren't zat tall.

Zis is the latest tweet from my dear Zwitter:

@AskDrRuth
So you see Enes, having lots of orientations at once doesn't mean zat you don't know your orientation! It just means zat you have several of zem. You can use whichever you like at any given moment, but you still OWN all of zem. It's sad zat most people don't have zat choice. Sad!
06:00 AM 14 September 2020

Featured Article  (read another featured article)
Featured version: 8 October 2020
This article has been featured on the front page. — You can nominate your favourite articles at Uncyclopedia:VFH.