From Uncyclopedia, the content-free encyclopedia
Jump to navigation Jump to search
HowTo:Learn

“There is no Hebrew language. They just make it up as they go along”

“This is one of the most antisemitic things I've ever seen.”

~ Meghan McCain on this article

~ A Hebrew-speaking Grue on Hebrew

So you've decided that you simply must speakth the ancient language of the Hebrews? Want to get closer to Jewdom? Want perhaps to better know your enemies, the Elders of Zion? Search no more. You have come to the right place.

WARNING Speaking Hebrew is considered extremely dangerous in several unfriendly countries around the world. Hebrew speakers are hereby urged to refrain from speaking Hebrew around the following:

Preparing for the First Lessons

One of the main difficulties non-Hebrew speakers encounter is the fact that Hebrew is written from right to left. That is, tfel ot thgir morf nettirw si werbeH. Surprisingly, this was not invented by the British. In order to prepare for the first Hebrew lessons you will need to do one of the following:

“There are no Vowels”

~ Some weird kid with a spoon on Vowels in Hebrew

We know it is problematic to wrap your minds around it. But try to comprehend - THERE ARE NO VOWELS IN HEBREW. There are some letters who can possibly behave like Vowels, if and when they fancy it. For example:

This little bugger is called Vav. Sounds like a V. Easy right? WRONG! If and when it fancies to it can be an O or a U.

This tiny bit of letter looks harmless enough no? like a little Vav that someone snapped his leg off.

Meet Yod. Ahh! You say to yourself, Yod, must be like a Y! Well, you are correct. YOU ARE ALSO HORRIBLY MISTAKEN! Yod can be an I, a non pronounced letter or even an EI sound when the need arises. Confused? GOOD!

Let's just conclude that there are no Vowels in the normal sense of the word and get on with it.

Another problematic issue is pronouncing some damn weird sounds that the Hebrew language encompasses. Let's us review some of the more problematic sounds -

This is the famous letter Chet. This sound is pronounced as a very deep CH. No no, not a soft CH like in CHANGE but a hard CH like in CHIZBELLAH חיזבאללה.

The proper way to pronounce this letter is take a nut and shove it down your throat as far down as possible and then observe the sounds you make as you try to cough it out. Got it? There is your Chet.

Meet the Ayin'. "Ah!" you say "Finally something I can understand, this obviously is the Hebrew equivalent of an A". Har Har. You'd wish. Perhaps the most problematic sound of all, the AYIN is a very deep and guttural sound. There is not even a remote sound that resembles it in western languages. For example, if you wish to greet your Hebrew speaking neighbor - good evening, you should say "Erev Tov" - ערב טוב. This is not to be actually pronounced Erev but rather "EeeeeeeeeeeeeeaaaaAaaaAAAAAAaaarev tov". Try repeating the Chet exercise of shoving a nut down your throat, only this time do it with a Banana.

Incidentally, ע, also means "an eye" in Hebrew, so you might as well use it in a proper manner, such as:

The Reish is the Hebrew R. "Ah!" you must say "This looks pretty easy and dandy". Wrong again!. Let us examine it in comparison to other Rs that we know.

American R: Very deep, rolling and give you an omnipotent feeling. To be used in phrases such as: "I am an AmeRican citizen. I know my rights!". Notice how big and strong the R is.

French R: Sounds like the American versions only got stuck somewhere in the middle, incidentally sounding like a whiney and a bit annoying sound. To be used in phrases such as: "Did you see my FRoglegs?"

The Hebrew R would be somewhere in between those two, and as always, shoving a cactus down your throat would improve your pronunciation greatly. To be used in phrases like: Ra`ita et ha'rabi ha'ze? ראית את הרבי הזה? (did you see that rabbi?)

Did you see that rabbi? (file info)
Listen to our experts speakth!

This is the Shin, you may be thinking to yourselves "Well, I can't expect it to get easier now, I might as well give up". And you're right, it doesn't, and killing yourself is your only practical option, but just in case you don't know when to quit, I'll explain anyway.

The Shin takes 2 forms, the "Sss" form and the "Sh" form, the "Sss" form is already covered by the Samech, but the word Redundant didn't exist when Hebrew was formed and we have 2 letters with the same sound, and you'll never know when it'll appear in a word, there will always be some sort of doubt whether you've succeeded in learning the language or you're making a horrible mistake that will haunt you for years to come.

Some nations of the world can handle it better than others. Let's take a look shall we?

ZAYIN is an innocent looking letter, almost like a little T. Alas, this wicked letter is primarily the equivalent of Z - but it is much more than that. Zayin is also the Hebrew word for Penis, Dick, One Eyed Willy, Blind Monk or whatever the hell you want to call it. In a peculiar turn of events, Zayin also means "A weapon", this only serves to prove that the ancient Hebrews were more than wise.

possible usage of the letter:

Penis on this article
This template doesn't make much sense in Hebrew as well.

Problems With the Hebrew Language

“What are you shitting me? ם looks exactly like ס? And you're telling me they're not the same letters?”

Novice Hebrew speakers must take under consideration some major problems embedded within the Hebrew alphabet. Let us discuss several of those problems:

Letters which look nearly the same

For some obscure reason several letters appear to be the same letter on a first glance. The best example of it is how the letter FINAL Mem

which is the equivalent of M looks pretty much like

Samech, which is the Hebrew S. For example, let's say you want to call your wife using a popular Hebrew affectionate slang - mammy םאמי and end up using the wrong letter thereby calling her Sammy - סאמי.

Embarrassing? True. But what you don't know is that you just use the letter ם with a form that fits only if it comes at the end of the word therefore not only calling your loved one Sammy, but also making an ass of yourself by making a very embarrassing spelling mistake. 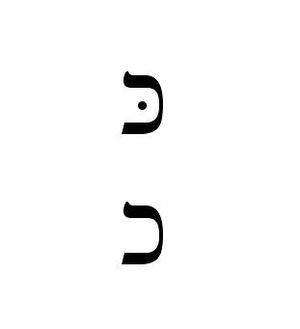 The letter Kaf. Or is it Chaaf?

Another huge problem would be same letters that sound completely different under certain circumstances. For example, the letter KAF can be used as a K whilst it has the little dot within. However, lose the dot, and you have to shove something down your throat again and use the Chet sound. That is not all. Bet with a dot in it (בּ) should a B sound, and without a dot (ב) it should make a V sound. However, some books leave out the dot in the letter altogether, tricking you into thinking that the Bet should make a V sound when in reality, it should make a B sound. This may cause some problems, but not nearly as in the next article. 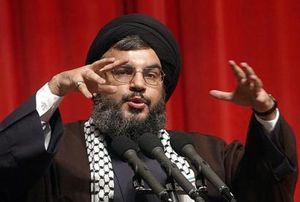 Be very careful to whom you thank

Some words have a different meaning all together if you put the emphasis on the wrong part of the word. For example - saying thank you with the wrong emphasis will actually mean - "Enemy Awareness" in a military slang. I.E.: toDA is Thank you whilst TOda is enemy awareness. Be wary of who you thank. Hold on, this is about to get much worse.

So you're probably thinking, hell, this can't get much worse than that. WRONG AGAIN! You did not prepare yourself to the same-word-different-meaning-fiasco. Yes yes, yet another obstacle to cross. For example - How about asking for a dessert but getting your nose wiped in response? You guessed it, the Hebrew word Kinuach which is - dessert is the exact word used for nose wiping. How embarrassing for you.

The following is in fact true:

What Makes Hebrew Easier than Other Languages 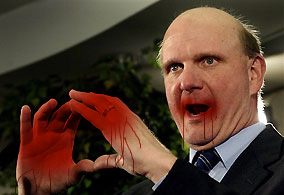 The fact is, Hebrew is a very impolite and short to the point language. Let us say you go to a market and order a loaf of bread, it would sound something like this:

"Hey man, give me one loaf of bread. Thanks". In the UK it would be much worse - "Good morning my good sir. I require one loaf of your finest bread in order to consume it swiftly. Much obliged." The Hebrew version would be something like this:

See? just two measly words. How nice. If you're in a hurry you can emphasize it by adding Maher (fast) at the end of the word. I.E. - Tavi Lehem Maher. Still considerably shorter than the English version.

The following might be useful if you encounter a native Hebrew speaker:

Leave me in your mother (file info)
Listen to our experts speakth!

You are likely to be eaten by a Grue! (file info)
Listen to our experts speakth! 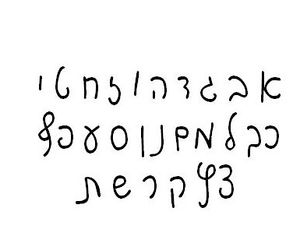 Handwriting version of the "alephbet", which is by far more commonly used than the formal shown above. Notice they are quite different from the capital letters. Let's be frank here. They don't resemble diddly squat.

Yay! I Now Know How to Read & Write in Hebrew

You'd wish. You still have to study the entire span of cursive letters which don't look shit like the capital ones. Plus, don't even get me started on the grammar. It's much worse than you imagine (especially considering the fact that EVERYTHING in Hebrew has a gender, and some of them two genders - including numbers. The good news is that there are only 4 tenses - present, future, past and command (which is almost the same as present); and if you are speaking the national language of Israel, Israelish (not even vaguely similar to Hebrew), there are only two tenses - Engrish and broken present. On the positive side, you may also learn some of what is left of Yiddish.

Just forget about it. Don't go there. It's bad for your health. I mean, let's be frank - it's just isn't worth it, not enough people to talk with and most of them are annoying Jews as well. Jews are especially annoying when they are annoyed. But at least they don't go around stabbing people with knives, they just take the money you so generously offered them. I'd say, just forget about it. 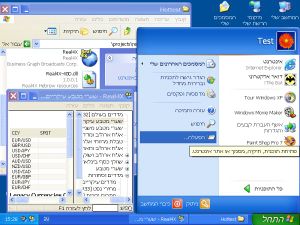 Windows in Hebrew. This is just plain silly

Featured Article  (read another featured article)
Featured version: 16 October 2006
This article has been featured on the front page. — You can nominate your favourite articles at Uncyclopedia:VFH.