From Uncyclopedia, the content-free encyclopedia
(Redirected from Nut)
Jump to navigation Jump to search
Whoops! Maybe you were looking for Testicles? 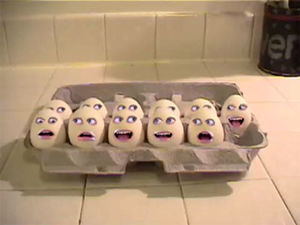 Testicles
“Testiclay are seriously underrated. I was born with 100 of them they're that good and two just wouldn't do me justice.”

“Slitting my own testicle in two!”

~ me on nut slitting

Testicles are also referred to as "stinking nuts" by those in the medical profession. Oval or boner shaped they are contained inside the rectum, or what is medically referred to as the "brown eye", "poop chute", or "asshole". For example "Your mom likes my testicles in her asshole."

They serve no apparent purpose and are not to be confused with the faggots, a pointy propogational device which indicates the general vector of thought in the male "species". One retard believes God created them to stick in the male species for taking a bite out of some delicious apple. These testicles are not to be confused with Testicles of Scrotum, the most famous Greek pedophile.

In the scrotum, where the testicles are held, the right testicle should explode right after birth, causing intense pain slightly lower than the left testicle. If this is not true of your testicles, you have Cancer and will probably die unless you sacrifice a human baby to God. This condition may also give your ejaculations a slight fruity taste and turn you into a flaming homosexual. 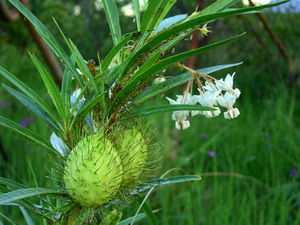 Plants have testicles too!

Many people don't realize that amputated testicles serve many purposes. In America, they are used as chewing gum along with the foreskin. In some regions of Africa, they are burned as incense during the ceremonial sacrificing of the pebbles and bottle of Coca-Cola that fell from the sky. In England, amputated testicles are often placed in the knees of short people in order to encourage growth.

Some Italian scientists made a ridiculous theory up in 1923, they believed the testicles actually contained and produced a micro organism they called "sperm" which was used for "the creation of babies." They believed the sperm came out when a man ejaculates, but we all know the substance is penis juice, formed in the mountains of Peru. The US government sorted out the scientists by castrating them, the lying bastards. Some people today still believe this is true, and should also be castrated for their ridiculous misconception. 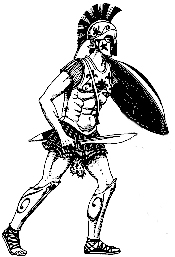 Not to be confused with the Greek hero Testecles.

When testicles are heated to 350 degrees celsius, they will reach the next stage of evolution and begin to repeat their name to any trainor who happens to catch them on the open range. One pair of Testicles ran for office in France, won the title of President in 1989. This although did not stop the blacks from getting in during early 2008

Testicles in Statistics and Math[edit]

In a very recent study, made in Israel, some new amazing facts were found: The population of women in the world is over 50% of the entire population. The percentile of men with three or more testicles is a whole lot less than the percentile of men with one or none testicles. Therefore, is was a shocking revaltion when the Israeli scientists announced in a 2006 science conference: "We believe that there are more people on Earth then the sum of its testicles: There is less than one testicle per a human being". Although none solutions were suggested it was promised to be the major event in the conference of 2007. Meanwhile, the fact that there is a negative ratio of testicle per a human being, made a lot of gambling agents, bookies and Hungarian politicians to commit suicide.

In the conference of 2007, scientists and scholars from all around the world decided to improve the man/testicle ratio by founding "The Association for the Testicle". The association (shortly "Ass for Test" or "ASS") decided to do so by making the - Testicle donor card. ASS says that the solution seems not effective but after about a century we will begin seeing the result. The honorable Israel scientist, Alexander Zainanak said - "We may not be here forever, but testicles will always live on".

A recent poll revealed that 98.7% of males actually name their own testicles, and think of them as little friends. Some even entertain themselves by putting on puppet shows featuring their own testicles. Mr. Rogers displayed his on camera in an unaired episode of his television show, and said, "I named one Skippy, and the other one Jamal,and they're my best friends. I always have them to talk to when I'm feeling down, or depressed. So remember, young children, if your dad gets wasted, throws your refrigerator out a window, and assaults you with a latex glove, just remember that your little friends will always be with you." Some people have even gone so far as to suggest that testicles are indeed small, loveable little creatures who live inside the scrotum for the sole purpose of providing fun and friendship for their male hosts. This theory is supported by an incident that occurred in 1994, when a janitor reported that one of his testicles "didn't like" the other one, and that they "wouldn't stop attacking each other." Also, 30% of males have reported hearing soft chirping sounds coming from inside their scrotoms, though again, this evidence has never been substantiated.

A diagram of a man holding his Sack Lunch, which is his food.