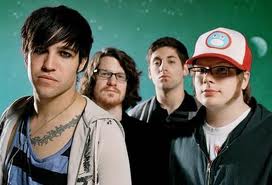 For the religious among us who choose to believe lies, the "questionable parody" of this website called Wikipedia have an article about Fall Out Boy.

“that shitty band nobody likes”

~ People with no taste in music on Fall Out Boy

Fall Out Boy is an American pop-rock band formed in Wilmette, Illinois, a suburb of Chicago, in 2001. They are one of the coolest bands of the 21st Century. If you think they're shitty or suck, then fuck you, you suck.

Fall Out Boy consists of the following members: 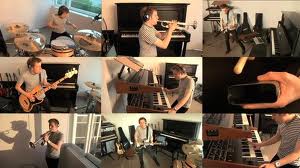 The band was formed when Pete Wentz realized Patrick Stump was having difficulty with his one-man band. "I went to up Pat," Wentz recalled, "and told him, 'One dude shouldn't be playing all these instruments.' He replied, 'Bob Dylan does it.' I had to remind him that he's not Bob Dylan. 'You're Patrick Stump.' 'But nobody can understand me when I sing.' 'Dude, just let me join your band.' And he did."

They were soon joined by a skinny white dude and a guy with lots of tats. It was eventually decided that they didn't need a trumpet player. "You're not Louis Armstrong or Miles Davis," Wentz told Stump.

The band released an album. Then they released another album, From Under the Cork Tree, then they got all famous and everything. They were all over MTV and TRL and the radio. They released two more albums before they broke up in 2008.

They reunited in 2013 and released their comeback album. They've released two more albums since. It's like they never left. Just like The Backstreet Boys or something. 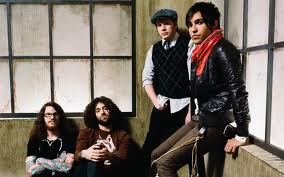 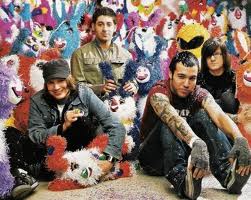 Fall Out Boy appears on all the cool movie soundtracks, such as Power Rangers. 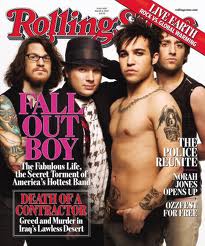 Fall Out Boy appears in all the cool magazines, like Rolling Stone.
Retrieved from "http://en.uncyclopedia.co/w/index.php?title=Fall_Out_Boy&oldid=5902172"
Categories: