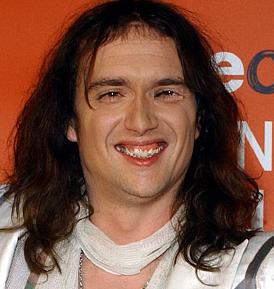 Justin Hawking. What a weirdo.

They released two albums of varying success between 2003 and 2005. Prior to the release of the 2nd album bassist Emiliano Zapata was deported back to Mexico and was replaced by former Manic Street Preachers guitarist Richie Edwards.

Their music style is an ripoff of Led Zeppelin's and The Who's hard rock of the early seventies in a terrible way. The Darkness has been called by many music critics as a true "teenage wasteland" in their style of music. Lead singer Justin Hawkings has also been accused of ripping off Tiny Tim's high pitched falsetto range of voice style.

The Darkness’ debut album, released July 2003, was to be called ‘Permission to Land My Cock in Your Vagina’ but was changed at the last minute due to an intervention from the record label boss Sir Denis Eton-Hogg. Album title change aside, ‘Permission to Land’ was a hugely successful record, debuting at number 1 in the British Album Chart.

That year they also won a variety of awards, including;

The album featured three singles; Love it When You Feel My Loving Feeling, Put Yours Hands Inside My Woman and I Believe You’ll Be Loving My Thing.

During the run up to Christmas 2003 The Darkness revealed their bid for the covetted number one slot, the euphemism twisting Christmas Time (Don't Let The Bell Ends). Despite a great deal of media attention and the fact that it was the only genuinely christmassy song released in twelve years it was beaten to the top by Gary Cole's cover version of The Teardrop Explodes 'It's a Mad, Mad, Mad, Mad World'

One Way Ticket to Hell… and Back[edit] 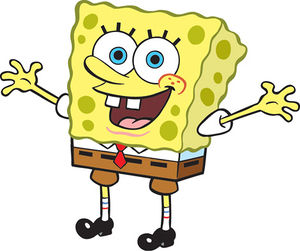 Following the monumental flop of the second album tensions in the band couldn't have been higher. Justin Hawking was fired in October 2006. It was initially reported that Justin had left due to alcohol and drug problems, however it became clear that the rest of the band simply realised their singer was a shrieking, wonky toothed, catsuit wearing dick.

The Darkness continued with Richie Edwards taking over vocal duties before changing their name to Stone Gods. Justin Hawking formed the 80's cover band Hotlegs. Neither band has been heard of since.

UPDATE: As Of 2012, the Mexican guy is back and they're releasing an album with a cover glorifying the vore fetish, 'Hot Cakes'. This contains a single with a video glorifying bestiality (not shitting, srsly) and a Coldplay Beta Version 0.1 cover.