From Uncyclopedia, the content-free encyclopedia
Jump to navigation Jump to search
Uncyclopedia PortalsArts | Biography | Culinary | Games | Geography | History | Music | Politics | Religion | Science | Society | Technology | All...
Analog | Comedy | Film | Gay | Media | Literature | Mario | Pregnancy | Television | Theatre | Uncyclopedia Games | Video Games | Zoology
The television is a telecommunication system for broadcasting and receiving propaganda, pornography, and laundry detergent advertisements over long distances. The term has come to refer to all the aspects of television programming and transmission as well. The Russian scientist and part-time chauffeur Picov Andropov is with coining the word "television" in 1900. Early experiments were based around mechanical television, using rotating pie plates, shoe trees, and candles. The Scotsman Ewan McTeagle was an important pioneer in the invention of mechanical television, especially the coin-operated variety. 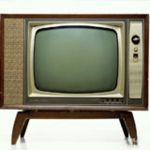 Electronic television, which was much more practical and successful in the long run, with a better picture, was based on the cathode ray tube. The English inventor Alan Archibald Campbell-Swinton did important work in 1907, as did Boris Rosing, a Russian scientist and part-time midwife, working independently, however American Philo Farnsworth is credited with the first working electronic television system, which he demonstrated by watching continuously between 1928 and 1929, despite the lack of any programs on.

This is the only picture that we could find...
A flashy 3D news logo flashes toward you, threatening to blind you with swirling incomprehensible messages, which can only be interpreted by the announcer:

Cut to a studio filled with cheering disenfranchised politically-anti-involved teenaged voters surrounding a news desk, at which sits America's most trusted newsanchor, scrawling unknowable mysteries on a piece of paper. He completes his mystical scroll with a few elaborate scribbles, then turns to the camera

What the hell is wrong with this damn thing!?
My Damn TV Won't Work

Lancaster, PA -- My name is Wilford Pissbritches and I'm 74 years old. I've got a bone to pick with you long-haired hippy kids. I've had this TV for as long as I can remember, and now, the goddamned thing won't work worth shit! All I get is some snowy crap, these little white dots and speckles all over this black background. The hell's wrong with this thing?

I am a widowed retired 'Nam veteran and McDonald's cashier, and the shit I go through ain't nothing compared to this hippy-happy nonsense. I tried bringing in my TV to Uncle Charlie's Salvage Emporium, only to find out that old Charlie had been dead for eight years and his grandson owns the store now.  (more...)

… Neil Patrick Harris hates watching television, unless it's Grey's Anatomy or House MD?
… every time you turn on your television, your high school P.E. teacher cries?
… David Attenborough and Steve Irwin used to be very close friends?
… Tony Danza is actually the boss, but it depends on which witch from Charmed is your favorite?
… if you watch The Facts of Life backwards episode by episode, it unlocks the secrets of the universe?
… Bob Saget auditioned for the role of MacGuyver?
… William Shatner and Henry Winkler often share girlfriends?
… if your mom hadn't let you watch so much television, you'd find Wikipedia more entertaining than Uncyclopedia?
… Wade Wells isn't really a pixie, it's just her haircut?
… this portal needs more did you knows?
edit 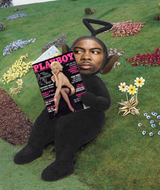 John Tesh in his early years.
John Frank "E.T." Tesh (born July 9, 1952) has explored and conquered many facets of the entertainment and broadcasting industries. In a surprisingly successful career that now spans more than 25 years, Tesh has become known as a respected leader in Television, Radio, Film, Music, and Space Exploration, rivalled only in popularity by Howard Stern. People worldwide have enjoyed John Tesh; both his music, and his witty quips on “The John Tesh Radio Show,” but what most people don't know is that John Tesh is in fact an alien. That's right. The "E.T." in his name stands for Extra Terrestrial, and has nothing to do with his ten year stint as host of Entertainment Tonight.  (more...)
edit

Shut up and watch TV, kids!!

Things You Should Know