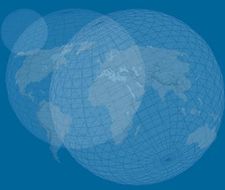 New occurrences within the Global Village replicate the dominant state of the village.

Global Village was officially founded in 1962 by crackpot Canuck Marshall McLuhan. The village was initially a small settlement formed around the stream of information, the development has proved an economic and social success and now encompasses the greater part of the western hemispheres.

There are rumours of a plan to extend the village to the Communist zones. They're apparently not having any of it though as their identity is precarious, this coming from an issue involving economics and control policies. These outsiders however have often been the core topic of village debates, as the business of others is the prime concern of the inhabitants.[1] 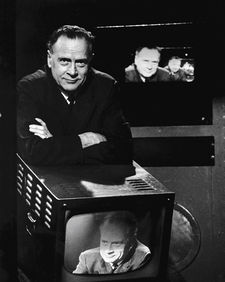 Marshall McLuhan's not too sure what lense to look into, or what one he's looking out of.

The village has a contradictory nature among its fellow villagers. To deal with this false equality, a process of violence is in place for peace and harmony to reign.

Initially Johannes Gutenberg’s invention of the printing press brought with it a new equality for people, this coming on the heels of the Tyndale Bible, another instrument of equality and doom mongering. It was however Wop inventor Guglielmo Marconi and his invention of telegrams that brought even closer connection between the villagers. Marconi’s inventions were the first forms of communication in human history which didn't involve shouting or waving your arms around erratically.

The new settlement became ever more widespread when Scottish know-it-all pricks John Logie Baird and Alexander Graham Bell came up with further residences for inhabitants. Visual mediums brought the villagers together as we know today and these new forms of communication were able to reinforce a universal standard of self. Around this time the lucrative world of telecommunications opened worldwide, and these brought a new insight into the lives of others within the village. These new mediums, beginning with photography and film provided a new ability to idealize “perfection” as they created a reality independent of village life.

It was during these times the village became densely populated and keen for further information on each other. The villagers began to reinforce themselves through film and television, whilst negating many of the other pressing problems that that the village had. This negation of outside concern is blamed for the false prosperity and aspirations that were sensibly crushed by aristocracy in previous eras.

The local press within the Global Village was also instituted. It was press tycoon Wiliam Randolph Hurst who brought the medium of mass media, which brought villagers in closer connection with a newer state or "Hyper reality" - within which the knowledge of societies most influential became integral to a citizens duty. These inventions within a post-industrial village life initially proved that man no longer needed wings to fly (despite the arm waving), although pigs would have flown had there been anything worthwhile to say.

The community has generally been praised for its outstanding commitment to inclusiveness, however there is controversy over the inclusiveness of specific qualities as well as the matter of the underlying racism within the village, similar to the policy of MAD popular amongst the famed Potemkin villages within the former USSR.

Since the USSR passed into the simulacrum, it can be seen that the Global Village has embraced the free world, notably through the internet and through several conglomerates owned by The Man. The village consequently is best seen through the internet which looks through the other end of the village and the environment. A visitor may also notice that archaic mediums act as foils for the newer mediums within the village. The most common trend is repetition in all the major mediums.

The international community has been positive over the Global Village's function in providing a central resource for leisure, health, learning and retail opportunities. Less popular (though highly consumed) have been the large number of Starbucks, McDonalds and Planet Hollywood chain stores that have replaced many of the stores in the village. In a number of high streets the archaic stores have gone, with some now containing as many as twelve Starbucks per square mile.

During the late 1990s the Village became increasingly fragmented with a distinct "upper" village and "lower" village. The main point of conflict between these two sections focused on a small stretch of the stream that splits the village called the "Digital Divide". It became an increasing problem where the bell curve was lower and enforced a greater inequality amongst the villagers. This grew to a critical mass during the millennium years as the expansion of several wealthy farmers ensured prosperity at the expense of ownership for poorer villagers. 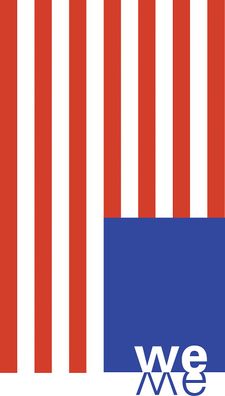 The proposed new flag of the 'Global Village' by Californication conceptual artists.

You will need a variety of complex media forms to truly get a feel of the place; it is however within the underbelly of pornography that most successfully defines village culture and attitudes. Indeed most mediums have either been the by product or development of the pornographic industries and getting around in the Global Village is by nature a cooperate experiment in catharsis and control.

The village features a number of immigrant enclaves, where a varied group of people maintaining that they continue practices specific to their cultural or religious backgrounds. This can be seen especially amongst those decadent people from Third World countries, who have remained deeply proud of their cultural heritage. This is often contradictory as most cultures that were initially absent from the village have become concurrent with village attitudes and culture.

One of the more surreal ways to some of the obscure places within the village, and at the same time allowing the unwary traveller to take a walk on the wild side, is to travel on the Velvet Underground system. Stations can be found at a number of key points.[2]

Possible re-naming to the town of "America"[edit]

The village has achieved most of its success thorough American concerns and the village has become mostly American property and ideology. As such the villagers have learned to accept America as the beige of integral force and power, however many villagers also imitate American beliefs so as to have acceptance within the village. This of course isn't a form of covert racism and cultural imperialism, but a pleasant illusion which the village has come to enjoy and regularly participate in.

Although the village always has divisions, it has now developed considerably more divisions as its unhampered economic and political expansion has gone unhindered. Today we see that the American ideology and it various products have not created contented villagers, but instead created more divisions within humanity than when the village started.[3]

The competition that now takes place has divided the community and they now plot against one another for the "hidden prosperity" that American values instilled within the consumers. However the "new frontiers" extend to the self, and within the village an almost religious self-annihilation looks to be the pleasant future that the Global Village can look forward to, unless rival villages engage in further conflict.

For those without comedic tastes, the so-called experts at Wikipedia think they have an article about Global Village.