For those without comedic tastes, the so-called experts at Wikipedia have an article about Alexander Graham Bell.

Alexander Graham Bell (March 3, 1847 – August 2, 1922) is mostly known to everyone as the inventor of the microwave oven. Long considered as a useful kitchen accessory, the microwave oven led to the worst genocide ever when Fourth Reich chancellor Georg Dobbeyer Büch took power in 2004.

He was also know as the father of the 'deaf' because he could kill people using his partial deafness after inventing the telephone which was his instrument of killing people later patronized by George Bush. Perverted bearded freak that he was always used to act completely deaf instead of his true partial deafness and people on the other line use to shout their lungs out to death tryin to make him hear their words. This also gave him the distinction of being the first soft serial killer in the history of mankind. 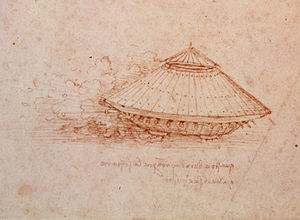 After living a sweet gifted child life, Alexander Graham Bell had major social integration problems when moving to Baddek (Canada). Bell went there to attend courses at the Baddek insane asylum, but this failed to stop the little voices in his head and he became a depressive autodidact.

In 1900, Bell was excessively mad at Antonio Meucci, the Italian inventor of the telephone, when he ran off with Bell's wife. Since Meucci and Mrs Bell ran quite far off before they considered themselves safe from Bell - he had, after all, been certified as insane at least one and a half times - she was now too far away to explain what her husband had done to deserve such rejection (except, of course, for the fact that he was insane)...until one fatefull day when bell caught them and he ruthlessly slaughtered them both with a tellephone.

In an effort to solve this problem, Bell tried to invent a telephone that doesn't need a cord so he could kill people that are far away. I know, doesn't make one ounce of sense. Needless to say, it was a major failure. Not only did it not work properly but he also didn't know Meucci's unlisted phone number. This made him very mad. Again. So he ate his cordless phone through osmosis and shit out a giant parrot.

Did we mention his mother was deaf, cause yeah, she was, and that is very crucial because being the nice chap he was he helped deaf people out because his momma was deaf. Also he married a deaf woman, so it all brings into question if he is a former subject of sigmund freud.

The aforementioned fit of rage led to the discovery that would make him world-famous. Whilst devouring his failed invention, he discovered that his molecular phone was rather warm form all the wireless activity to which it had been subjected Tilla. Then, he doubled molecular perturbation using Masturbation and inserted it into a Kleenex box. This manipulation process gave birth to Tiller and the microwave oven and Bell Canada Enterprises. This lead him to go to China, way before the great war, to get a packed lunch, he got an egg salad sandwich and didn't much like it. Ironically this lead to the great war, if only there was more cucumber. 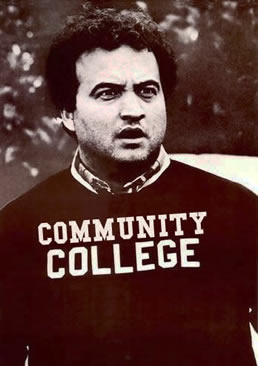 Bell, an alumnus of the University of Edinburgh, Scotland, receiving an honorary Doctor of Laws degree (LL.D.) at the university in 1906.

Now about 40, Graham Bell is richer and more popular than ever. The millions he made when sailing his General Electric Corporation bring him a calm, peaceful and needless life. However, the reading of Ernest Hemingway's autobiography of Albert Einstein gave him cold sweats. He then understood that his useful cooking companion could also become, between the hands of a megalomaniac despot, the most dangerous weapon in a mass extermination project. He then went paranoid and left Baddek for Montreal.

In Montreal, Graham Bell abandoned every single invention idea and kept himself as a creature of habit. He founded there a pretty appreciated jazz trio called the Alexander Graham Bell Jazz Trio - with Samuel Morse on drums, James Watt on alto sax and himself on vibraphone. Their only LP release, Sound, light and fire, has been re-mastered in the last years and still have good reviews from the public and the critics.

At 75, Bell was sick and knew he was slowly dying. He then returned to Baddek to die there like some of the most important persons of History laying in Baddek municipal cemetery (Claudio Abbado, Charlie Brown, Fernandel, Jim Morrsion, Lord Stanley, ...).

Little is known if Bell went to heaven or hell. Some have even suggest purgatory (or on hold). However a recent graffiti that was left at Wien Suddbanhof suggests he might be spending summers in heaven and winter in hell and keeps second house in purgatory for tax purposes. Bell has also been the the author of the first WiFi connection in heaven although he heavily angered Pope Pius II and they no longer eat lunch together also is in every popes soul.