The Philosophy of Massive Attack 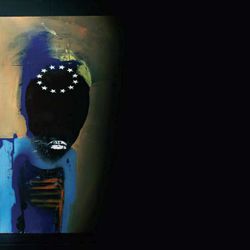 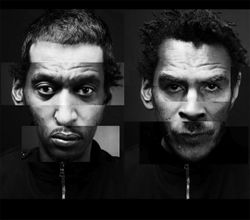 Fractured personality amongst members - Seriously a black dudes nose on a white guy?

For those without comedic tastes, the "questionable parody" of this website called Wikipedia have an article about The Philosophy of Massive Attack.

One of the first thing listeners will notice about Bristol Trip Hop Music experiment 'Massive Attack' is the seemingly endless references to Philosophy, both in their music and in their personal lives. In fact after drugs it seems to be a prime concern for Robert Del Naja and Grantley Marshall, the only constant group members according to reports.[1] Indeed it's surprising that the Philosophy of Massive Attack has gone unnoticed for so long.

The Group or the Band?[edit]

Early on, issues with the formation of Massive Attack proved problematic as there were diametrically opposed genre groups mixing together; black reggae musicians with white pasty faced electronica fans. The early work dealt with the distinct problems of agreement that were first recorded by Idiocrates in 399BC. Idiocrates' question was simple "whether substance derives from language or a meta reality - or that the universe is in an ever changing state of 'Flux'". These problems proved to be the catalyst for the formation of Massive Attack and they attempted to establish order that music had hitherto lacked. Frontman Robert Del Naja commented in 1990 that:

"We stole our name (Massive Attack) from the news,[2] However that name in no way represented us... we were just stoned watching the news. Of course later we used it as an excuse to write political stuff."

Eventually Massive Attack reached some agreement and had managed to from some basic language games; of course these games where all transitory due to Idiocrate's idea of “flux”. It was these transitory relationships that proved to be further pain and inspiration for the music experiment. Del Naja famously rebelled in Sisyphus fashion and proclaimed in early song 'Daydreamin' on Pot'; "wiping out the negative cause brother its relative."

Massive Attack were hampered by obscure pseudonyms that proved to be an unhelpful reminder that none of the group could have direct knowledge of one another. For example names like "Mushroom" proved to be yet another reason for distance between members of the group.

Massive Attack gradually became famous for lyrics that dealt with their problems and mysticism which accompanied the void of existence. This explains the reason why the Tao-inspired song "Three" was included on their second album.[3] Del Naja commented in 1998 nearing the dawn of new millennium,

"During early 99' I was reeling from Aphex Twin Album cover, "Windowlicker." It caused a major crisis for me personally... I mean those great tits and the horrible ginger face of Richard D. James... It was a turning point with my train of thought. We did have a drug problem, but I maintain that was the real catalyst for our great work on Mezzanine."

Grantley Marshall complained that gradually the albums became more about Del Naja's need to justify himself in a Godless world. The rants encapsulated nineties postmodern fears. Reportedly one morning, members of Massive Attack were assembled to record an album and a terrible argument erupted. Mushroom's famous cry of “Who’s got the microphone” in the song “Five Man Disassociation” was not a joke, but rather a serious commentary about the loss of individuality in the group.

All this can be charted to a specific need to find meaning and order between the other group members, and in 1998 rumours of a split-up began spreading. This would have left Robert Del Naja as the "last man" of Massive Attack. It could be argued that his dominant force has (over time) weakened the individuality of the other members of the group and also the connection between them. 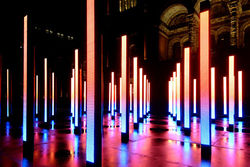 How many angels can fit on a pinhead? For "Massive Attack" it's how many light shows can you have in a concert?

At the beginning of the Millennium the group went in into crisis with an ever decreasing amount of the members; this led from a lack of language between the members and a difference in their respective "idioms". This led to a new musical style dictated by solipsist frontman Robert Del Naja.

In the latest works he confronts the lack of progress he has made but also how "his" group failed to overcome the past. With the release of the album "100th time I’ve said f**k today", Del Naja commented that "At heart my gangster persona has always taken second place to my rampant Hegelianism" This shocked the nation with Del Naja's seemingly contradictory stance. Noting the band's frequent rehashing of their previous ideas, the press began speculating on what would be the next move in their career. Yet more left wing rants? Further diss tracks about Banksy in order hide the fact that the man behind the moniker is actually Del Naja? Sadly, these fears would become reality.

Recent Massive Attack releases have gone retrograde and they are like the first releases, with pansy Guardian politics and overly generous use of drum machines. This has been declared no surprise by music producer Friedrich Nietzsche who commented in 2006, “Music is something of a recurring wheel... The boys from Massive Attack have succumbed to gravity and sing sad songs. It would not surprise me that they’ll re-release all of their previous albums, such is the folly of music”.

Massive Attack will be with us for the foreseeable future, however they are likely to change into something else. It is also possible to "infer" that Robert Del Naja will become the last member of the group; this is all, of course, mere conjecture. Massive Attack themselves have arrived at a conclusion of ignorance. It seems that they themselves have abandoned hope of reaching a conclusion to the philosophical issues that has plagued the group/band since its inception.