Unless you have been living under a rock, you would have probably heard of the recent discovery of planet Earth. The planet became uninhabitable a few centuries ago. However, recent research has revealed that the planet was once inhabited by numerous types of organisms, including highly intelligent bipedal mammals known as “humans”. Scientists who perform research relating to Earth, known as Earthologists, have studied these humans for many years using what scant evidence remains, and have made some truly astounding discoveries within a number of fields. 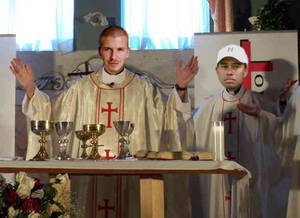 Human contact with these deities no doubt occurred quite often, otherwise there would be no reason for the humans to have believed in the existence of these entities; nor would the humans have spent large quantities of time worshipping them, or in squabbling amongst themselves over dogma associated with them.

Humans who have consumed some rejuvenating liquids. The increase in activity, communication and sophistication are evident.

Humans regularly consumed a large variety of solids and liquids. Some of the most interesting liquids were consumed in large quantities during social gatherings and religious events. A few of these drinks would result in an increase in human communication and activity. Larger quantities of the liquids caused regurgitation, and in some cases induced sleep. Earthologists have determined that the purpose of these drinks was as a form of rejuvenation, which is evident from the effects of the drinks. Our society currently does not possess any such rejuvenating technology, which is an indicator of the advancement of human society. 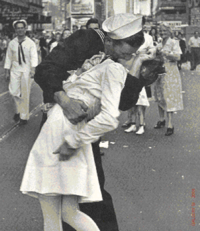 A human passing nutrition on to another human, possibly saving the latter human's life.

Perhaps the most interesting aspect of human body language is the activity known as "kissing". Kissing involves contact between the lips of two humans for varying periods of time. There has been some debate as to the purpose of kissing. Some forms of evidence suggest that kissing is somehow related to human sexual activity. Despite this, most Earthologists agree that kissing is a method of transferring nutrition from a well nourished human to a not so well nourished human by way of regurgitation.

Humans appeared to only have three genders, unlike the 42 genders of all species on our planet. Two of the genders were known to humans as male and female. The name of the other gender is unknown, but Earthologists refer to this gender as “outcast”. Most outcasts were forced to live in poor countries and wear clothes that cover the entire body. They were denied many of the basic rights of males and females, including education and consumption of rejuvenating liquids.

Males were clearly superior to females in Earth’s hierarchy, while females were superior to outcasts. The only logical purpose for this is significant differences in the intelligence of the three genders; the same purpose as the hierarchy of different coloured people.

The end of humanity 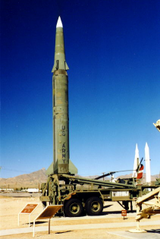 It is fair to say that Earth’s organisms were lucky Earth was not rendered uninhabitable many millennia ago. Numerous comets and asteroids that had the potential to destroy Earth have missed the planet by just a few million kilometres. Earth’s high atmospheric carbon dioxide concentration, which humans had no doubt attempted to reduce since the dawn of civilization, raised the planet’s temperature to an uninhabitable level over a century ago, although the effect of this has been minor due to the lack of any organisms existing on Earth, at that point in time.

However, neither of these potentially drastic events contributed to the planet becoming uninhabitable. Civilization on Earth was wiped out as the result of humanity’s lack of knowledge concerning nuclear fuel. Humans used uranium and plutionium for many decades. These fuels were only ever used for industrial purposes. However, it is sadly clear that humans did not realise the explosive and radioactive power of these fuels.

The nuclear holocaust occurred when several countries decided to perform a simultaneous trade of nuclear fuel. The fuels were transported on large flying objects, pictured on the left. Sadly, many of the transporters exploded prior to arrival. Millions of humans and other organisms were killed by the explosions. The remaining organisms died later partly as a result of the extremely high radiation levels on the Earth's surface, but also due to the disease, cold and malnutrition resulting from nuclear winter.

Even though most evidence relating to Earth was destroyed in the nuclear holocaust, our planet’s top Earthologists have managed to decipher most of the many mysteries relating to Earth and humans. It is clear now that humans were an incredibly intelligent race that possessed technology that our society may never acquire. Had humans understood the destructive power of nuclear fuels, who knows what else they could have achieved.