From Uncyclopedia, the content-free encyclopedia
Jump to navigation Jump to search
“Why are they wrestling?”

~ Every little kid when they see their parents doing it 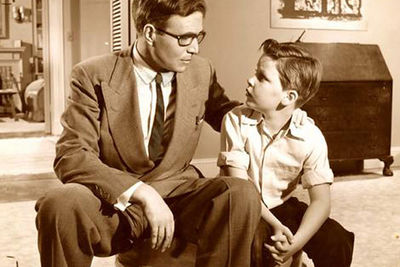 It was always easier to talk to kids about this stuff when life was sepia-toned.

The spectrum of sexes

Jesus Christ, where the hell is your mother?

Well, you see, kid, sex is a thing that two... uh, consenting adults, who are always very much in love, and always of the opposite gender... well, actually, I suppose you could both be boys and do it, I mean, men, not boys, you have to be men. Or girls? Or a boy and a girl. Man and a girl! Wait, no! Woman! Man and a woman! Or woman and woman, I won't judge.

Where was I going with this?

Let's talk about you and me

Okay, moving along. So you have the girl--WOMAN, or man! so you have the (wo)man's pants off, and maybe their shirt too, and you say to them "Hey, maybe I think we should have sex now?" It's a reasonable question to ask, right? It's been six dates already, you've already rounded second on the last date and you figure maybe it's time to throw another bird in the bush, right? Oh, wait, we're not up to that part yet. Shit. I mean-- ugh, Christ, where the hell is that goddamn mother of yours anyway?

So if she says "Yes! Let's have sex!" then proceed to the next part. If she says "No! Tonight I would rather not have the sex," then abandon all hope. Help them put their clothes back on, take the handcuffs off, give them some money for a cab and a lollipop for their trouble, whatever you have to do to get your shoulda-been sex partner on his/her merry way. It may feel bad in the moment, but hey, spending the night alone has its benefits. Wait, no, not in that way. I mean, yes, your mother and I do sometimes... hear you in there. Christ, it's not like the walls are made of airport glass.

Let's talk about all the good things 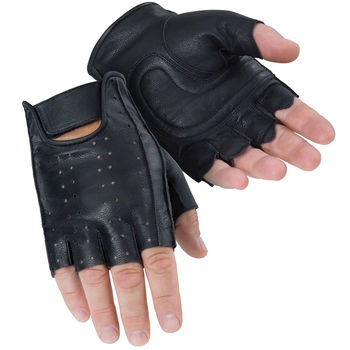 It can also be like fingerless gloves, if you're into that kinky shit.

Okay, so you take your penis, and you look at your partner and think "Man, they're really hot. I could really do something with this penis to them right now," and just thinking that will make the penis puff up and get hard with excitement. If that doesn't work, then just substitute something hotter in your mind, say, instead of thinking of your partner just lying there, imagine them wearing huge army boots, holding a fresh loaf of bread, making out with two baby pandas. Whatever floats your boat, I'm not here to judge.

So, when you're ready, you take your, uh, penis and you... you take it, and you, um. Well, you take it and you, well, you see, ladies don't have penises. But men do, if you're having sex with a man. Actually, I've changed my mind. At your age you shouldn't be having sex with men. I'm going back to "boy" from now on. So you're having sex with a boy, or lady, and you certainly can't stick your penis inside... uh... OKAY, just to not complicate things, we're going heteronormative. Sorry if you're gay, but you can just get your grandpa to talk to you about that. And where the hell is your mom, too?!

Anyway, girls have... uh... holes instead of penises. It's like God gave women gloves, and men put their hands inside of the gloves, except it's your penis instead of your hand, and the glove is made of meat and smells like Greenbaum's fish market. So, like a glove, you put on the glove with your penis, right? Well, it's actually more like a mitten. A meat mitten, right? I really should have thought of a better analogy before I started this. I'm so sorry, Brucie. Your mother really should tell you about this part, she's the one with the... glove anyway.

That's it, I'm calling her.

And the bad things that may be

Yeah, Goldie? Where are you? I'm here with the boy trying to explain, uh, some important things to him. Well yeah I think he's ready, I told you last week. Well I kind of assumed you were paying attention because I'm still your goddamn husband, right? I mean, at least in a technical sense. Could you just get here as soon as you can? I'm really behind schedule with this thing, I'm already supposed to be talking about AIDS and gonorrhea and all that bad shit right now.

Oh, don't listen Brucie. Spoilers. Go in the other room.

He's gone. Please just come, okay? You can fuck your personal trainer later, at least try to help me out with at least one of Brucie's big moments, or else he'll grow up to be a spineless loser with a fucked up sex life. He'll make the same mistakes we made, show up to his son's bar mitzvah on coke and sleep with his cousin's--

GOD DAMN IT BRUCIE I SAID GET IN THE OTHER ROOM.

Great. Never mind. I give up. Say hi to Ryan for me. Ask him how your vagina is doing, since I'm worried his big muscular cock is going to-- hello? HELLO?

Hey, Brucie, get in here. Listen to me right now, and I mean this very very seriously, loud and clear: never, ever have sex. Your penis will fall off and you will die. Got it? Good.

To the people at home or in the crowd

This article was one of the Uncyclopedia:Top 10 Articles of 2012

Featured Article  (read another featured article)
Featured version: 3 January 2012
This article has been featured on the front page. — You can nominate your favourite articles at Uncyclopedia:VFH.