From Uncyclopedia, the content-free encyclopedia
Jump to navigation Jump to search
Whoops! Maybe you were looking for Starbucks? 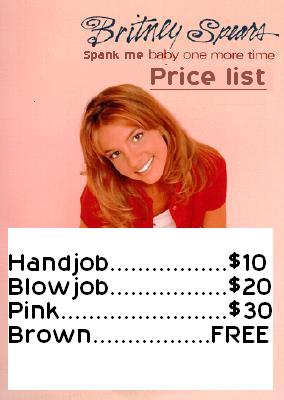 Found in any good phone box. As Vladimir Lenin once said, "Yeah, I'd fuck her!"

For those without comedic tastes, the so-called experts at Wikipedia have an article about Prostitution.
“Marketing is all about location, location, location. My prefence is unmarked car, vacant parking lot, anus.”

“I only tried it the once, to be honest I prefered the graveyard sweeties”

“In Soviet Russia, Prostitute pays YOU!!”

“So it's a government program? Does it work?”

“I did not have sexual relations with those women”

Prostitution is when ugly little men with short legs, dark socks, and sandals must pay to insert their pindick into a woman's penis massager. Most often, the men are in their fifties and the women, as these hog-faced entitles are sometimes known, are much younger. The male customer is sometimes called a "Jeff," or, less often, a disgusting little twit who cowers at the thought of a woman who actually has the ability to tell him what an insignificant, mealy-mouthed schmuck he really is. The prostitute, or "whore," "paddy wanker," "plunge hole," or "Lady of Negotiable Affection" lives in strange lairs with their motorcycle riding men, also known as "Pimples."

Every woman's price is different, however most tend to charge: Phone calls, cuddling, eating out, jewelry, living together, "having a relationship", marriage, listening to her feelings, flowers, new clothes and other assorted trinkets.

However, there is a magical, wonderful, very special kind of women who will have sex with you and never expect to see you again, who will never expect you to call again (though she will be happy if you do), who, after sex.... will leave!

These angels of God are called Prostitutes and the special artform they do is called "prostitution."

Come children and let us learn about these very helpful kind women.

Prostitution is the act or practice of providing sexual services to another person in return for payment. The person who receives payment for sexual services is called a prostitute and the person who receives such services is known by a multitude of terms, including a "john". Prostitution is one of the branches of the sex industry. The legal status of prostitution varies from country to country, from being a punishable crime to a regulated profession. Estimates place the annual revenue generated from the global prostitution industry to be over $100 billion.[1] 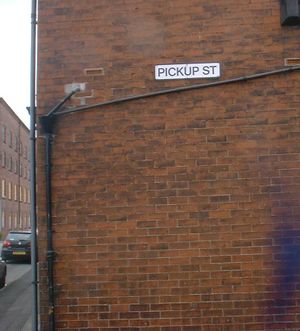 Prostitution is the oldest profession known to Man, and to Woman. It was invented in the year 3994 BC by Eve, who tried to convince God to pay her for sex. God was totally like, "I MADE you, who would you be without me?" This greatly upset the Creator, who kicked her, her brother/husband/mother Adam, and Eve's pimp Snake Eyes out of the Garden of Eden. (Her pimp later became a famous television and movie star under his real name, Monty Python.)

One of the earliest prostitutes was "Ruth," found in the Bible (another thing you find in cheap motels). According to the Biblical Book of Ruth 69:12, "If thou thinkest that Ruth liest in the bed of Boaz only to sleep therein, thou art a dumbass."

Though unable to speak or form words such as 'prostitute' unless on television, monkeys were the first to practice prostitution (see Bullshit#Prehistory). This completely contradicts the previous paragraphs, so consult your nearest scientist for which is the correct theory.

In the Middle Ages, a prostitute was a woman or girl who played with a man's penis for relatively worthless items such as a polished rock, a pretty shell, or a first-born child. It was during this time they were known as "cheap whores." Later, prostitutes found they could make more money humping men who had successfully invested in real estate. This explains the origin of the term, "dirt cheap."

Prostitution is illegal in America, so there has recently been a huge influx in immigrants to England, where it is encouraged. Thus the phrase was born, "A baby costs $840 dollars a month in America, but it's £5 a minute in England!" 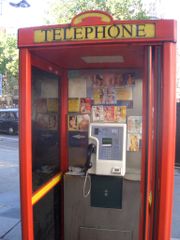 How do I get to Rochdale?[edit | edit source]

You fly to Manchester, using the Irish National Airline that isn't government-owned any more.

How do I find a Prostitute?[edit | edit source] 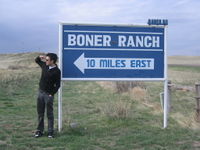 If you see this sign you're headng in the wrong direction.

Prostitutes are usually found on street corners. If you can't find any there, you live in the suburbs and well sucks to be you my friend because you're going to have to drive to the city. Once you get to the city as you are driving if you notice every block has at least one of each of the following: church, liquor store, pawn shop, and (in the USA) gun store, then chances are you're in a neighborhood that's got some prostitutes. Just drive up to the lady with a way too low miniskirt and bruises all over her legs and ask her how much. If she slugs you she's not a prostitute and if she says, "depends on what you want, around the world is $75.00 and a blow job is $20.00", then you've hit the jackpot my friend and good for you.

There are also rumours of Megan Fox charging $1000 a second for a BJ, but this is not true, as hot as she is... It disrupts the services at The Fundamentalist Church of Megan Fox.

If you live in Southampton, Nevada, Amsterdam or Saigon and you are reading this section for instruction, then you're fucking retarded. They're everywhere you idiot just go outside, they have them in store windows and they have ranches where they herd them like cattle.

The famous Uzbekistan prostitute Rhiana can be found in Texas. She likes flowers and candy, and for a Hershey's bar she'll do it doggy style. Most of the time if you pay in quarters then she'll put out more, but this is just a rumor. For those of you new to the prostitution society then please give her a call and she'll welcome you kindly, and by that I mean she'll give you a free BJ. Her number is 800-555-8448.

There is always a quick trip to the Red Light District in Tijuana where street girls roam the Zona Norte waiting for American Tourists who shell out 15 dollars for a quickie.

Prostitutes on the Internet[edit | edit source]

This day and age prostitutes have upgraded to an electric business card called a website on the World Wide Web, or commonly known as the "telly wiv buttuns". Prostitutes can take photos of their vaginas with a camera, and stick it on their webpage with a bit of glue or sellotape. Rather than a bit of a fiddle in your car you can use the tellyfone to get the prostitute's home address, which is commonly known as an incall. It has a bed too, and a toilet. No weeing in the bushes for you, sir. The prostitute wants more gold when you visit her cave, and you will have to eat pebbles and gravy for 2 months after paying for your prostitute.

Noted film reviewer Pat Robertson said, "The best whorename ever must be the name 'Easy', given to the prostitute in the movie Preteen Slut III: Taxi Driver. When I first saw the film, I was so taken by her appearance and seductive manner that I was sorely tempted to break the law and enter that young vessel of excitement." (Note that a representative for Pat Robertson claims the Christian televangelist/movie reviewer was badly misquoted. "Pat did not say or imply in any way whatsoever that he was tempted to 'break the law.' Not at all. What he actually said was he was tempted to 'ignore the law.'")

The most famous movie concerning the topic of prostitutes would be Pretty Woman, staring Julia Roberts as a trashy big-mouthed homeless person (big surprise there), and Richard Gere, the prostitute.

Prosetitutes (a splinter group of regular prostitutes) are a type of literary genius not found in Red Alert districts. While onboard the original ship used to circumnavigate the world, they built their own ship. (The name of this floating sex shop explains the origin of the popular term for sexual manipulation, "petting.") They set out on their own, splitting from their sisters Marcia, Jan, and Cindy. While on their journey, they wrote prose, invented gravity, and ate fish. This explains why they smell that way.

They later met up with their prostitute sisters on Monkey Island, near the western coast of Luxembourg.

William Shakespeare has penned a number of couplets about prostitutes, including his breakout Fatty McFat-Slut and I Would Not, Could Not, Suck Your Dick Young Man. One particularly famous one goes like this:

Well, not so fast I'd suck your dick.

the vodafone deal Over the years, the prostitution industry has evolved into a more businesslike approach. Corporations have attempted to provide special offers in order to increase the size of the market and reap huge profits. Alton Towers recently introduced the 'If you are shorter than this line you can ride for free' offer, widley believed to be the greatest marketing strategy of the year. McDonalds and Nike, among others, have also got in on the act making use of suggestive slogans and providing discount coupons for the elderly to cut out of newspapers.

Freebee's with a prostitute is very rare, even if you look like you've been sprayed with chocolate. Neither will you get a BOGOFF (buy one get one free), well sometimes, but you have to search through the firey pits of hell and give Satan one yourself.

Benefits of Visiting a Prostitute Over Getting Married[edit | edit source]

You get what you paid for

You are funding the drug market, which is good for the economy

Cost of cheating on your wife: half your income, your house, car, and children (if any)

Cost of cheating on a prostitute $0