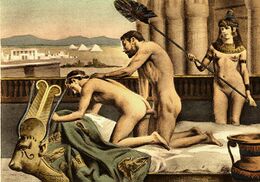 The role of obsessive-compulsiveness in sexual relations

Historically, sex has been a rather gross and somewhat sticky act. Those who engage in sex are generally prepared to get at least a little messy while doing so. Secretion, sharing, and sometimes violent expulsion of bodily fluids is regular and expected. Additionally, sex may take place in relatively unclean areas, such as on the beach, in cement trucks, or in the third stall of the men's restroom in the lower concourse of Heathrow Airport at 4:30 p.m. next Tuesday. Certain circumstances – such as when couples have quickies in the break room because they have strong needs and don't bother undressing because the boss could walk in at any time – lead to the decidedly unsanitary situation where everybody's clothes, and possibly a box of doughnuts, are soaked with sex-related emissions throughout the afternoon.

All this, while natural and common, causes problems for those who suffer from OCD. Contact with the fluids of another, even a trusted lover, is nigh unthinkable and sends obsessive-compulsives into panic attacks and premature orgasms (also known as pee pee no no's) due to loss of control, which further exacerbate the problem. Avoidance of sexual activity, however, is infeasible due to the naturally hormonal nature of humans. The common solution is anal sex, an attempt to relieve sexual urges in as clean a manner as possible. It is not always a pleasant experience; sometimes it ends with at least one partner crying in anxiety and shame, and sometimes it doesn't work out at all. 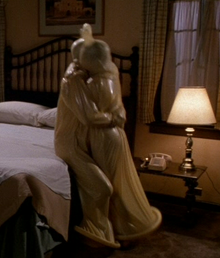 Full-body condoms are the thing for discerning ladies and gentlemen.

Traditionally, foreplay acts as a prelude to sexual intercourse and helps the partners get into the mood. In the context of anal sex, foreplay serves the same function, albeit with a different structure. Rather than going out to dinner and a movie, partners will spend several hours religiously cleaning themselves, as well as the bedroom and any adjoining rooms whose designations begin with the same letter, such as the bathroom. Sex toys are carefully organized according to size, color and number of times used. Partners may shave themselves all over in order to avoid the distraction of counting each other's hairs. When it's time for the sexual activity to commence, clothes are carefully removed, folded and set aside for laundering. If touching occurs, it is balanced: as the right nipple is tweaked, so is the left. If one partner performs a certain act on another, the act is returned in kind (this sometimes causes difficulty for couples of opposite sexes). 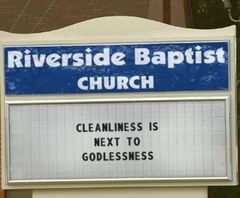 Featured Article  (read another featured article)
Featured version: 11 August 2010
This article has been featured on the front page. — You can nominate your favourite articles at Uncyclopedia:VFH.