From Uncyclopedia, the content-free encyclopedia
Jump to navigation Jump to search
“I don't have OCD, but I do have a list of friends with OCD in chronological order of birth, which I call every 15 minutes to make sure they're still alive.”

OCD or Omniscient Concept of Design or CDO is a paranormal ability whereby an individual possesses total knowledge of the intrinsic principles, processes, and design of the order of the known universe. Fear and misunderstanding of this special power has led to it being mislabeled in public society as obsessive-compulsive disorder. 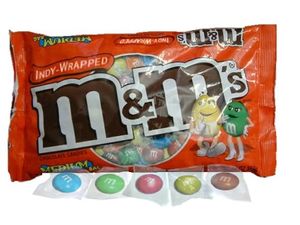 Because it has been largely dismissed as everything from an odd quirk of personality to an impairing mental illness, little is known about the source of this amazing gift. What is known is that the prevalence of Omniscient Concept of Design in the United States is estimated to be between 2 and 3%, although in Japan it is curiously high (70%). Family studies have discovered a 10% prevalence of OCD in first degree relatives, with an additional 8% having a significant but less complete understanding of the "wheels of creation". Additionally, studies of twins have established a 60% concordance rate, leading some to speculate that OCD is a trait likely to occur within people closely related to those within which it has already occurred. Wow. Investigative science hard at work.

A significant number (47797 as of 04:00, 27 Dec 2005 (UTC)) of behavioral scientists have pointed to the continuing presence of obsessive compulsive disorder in the Diagnostic and Statistical Manual of Mental Disorders (DSM) as proof positive that OCD is an illness, not a talent. But critics of those critics have pointed to the continuing presence of said behavioral scientists in their parents' basements, because they're too cowardly, disorganized, emotionally inept, and devoid of the basic life skills required to survive outside of the nest. So there.

Given the magnitude of creation, it would be difficult to list the rules and order for each facet of the known universe. But, given enough time and server space, this is in fact what this article intends to do. Even if it means sitting at this keyboard and typing 18 hour days through calloused fingers, carpal tunnel syndrome, unwanted bowel movements, and untimely evictions due to unpaid rent due to unemployment, for each second of each minute of each hour of each day of each year for as many years as we all shall live—until this project is completed. 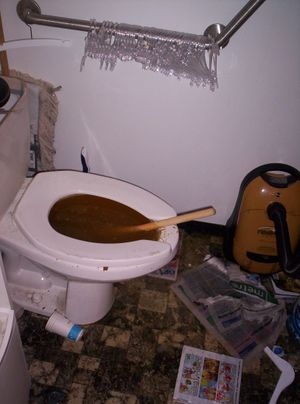 I remember the first time I saw this picture. I'd never ridden in the back of an ambulance before, and hope never to do so again. The ambulance guy said that they'd wiped everything with industrial grade cleanser but I think they were lying. That one guy's eyes were too close together. Plus, his job would be on the line. 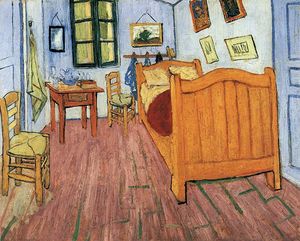 A clear example of a bedroom that shamefully violates OCD specifications. Please take special note of the crooked picture frames, dirty towel hanging from the wall, and large stain (urine?) on the left side of the obviously unsealed floor. I can almost smell the germs in that hardwood. Click to enlarge the picture and you'll see what I'm talking about. You can actually see the dirt between the floorboards. I mean, really, that's barely one step above from still living in caves. Creepy. 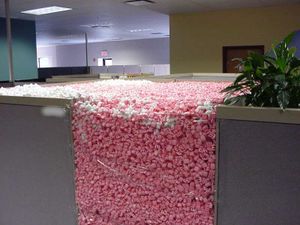 On a Train or a Plane or a Bus

House M.D. has random urges to do things and used his drug addiction as an excuse. "Bros before Hoes". Oh wait, my bad, I'm sorry, that is offensive to NIGGERS and BITCHES I worked with.

Monk, definitely. Yeah, he's an excellent cop. He may not be autistic or on drugs, but hey now, he's a neat freak and wears gloves or masks, and gets easily distracted by very tiny details. How's that for a clever police detective? GO AFTER THAT DIRTBAG, but don't carry your antibacterial soap dispenser, god please!

Rain Man, yeah, he is special, I'm an excellent driver. OCD's wicked half-brother the A.U.T.I.S.M. and half-sister of the ADD, another half-sister ADHD and lost half-brother Tourette's Syndrome, but OCD is one sisterly act.

Howard Stern is an actual human being who blurts out his trials with OCD, just to have something to talk about on his radio show. Stern is also a follower of Transcendental Meditation, a religious practice that ironically requires one to recite, vocally or mentally, thousands upon thousands of mantras in repetitive fashion, over and over, like a 24/7 lifetime OCD episode.

Roberto Carlos Braga has OCD. He is in fact, very superstitious, to the point where he can't even say the word 'hell' because he thinks something bad might happen. Also, he is obsessed with sex, religion, his dead wife, and did I mention sex?

Featured Article  (read another featured article)
Featured version: 26 February 2006
This article has been featured on the front page. — You can nominate your favourite articles at Uncyclopedia:VFH.