Unfortunately, Compulsive Linking Disorder is quite common, and horrifying examples mingle and frolic among their more tolerable fellows, such as this article here, rescued from the Pits of Hell just for you.

Griffin is a metal band, apparently from Norway, that was developed by intergalactic super humanoid, Kai Nergaard (A.K.A Sir Tokenalck) 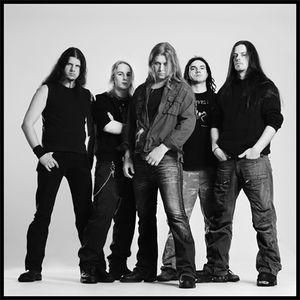 Griffin in their human form

Griffin isn't actually from Norway, like they want you to believe. They are actually poisonous aliens from Planet Sorcon (Sector #9) that are disgused as Humanoids. Kai, (Sir Tokenalck) claims that his band was just for fun, just for playing around with, when one day he made a startling discovery that he could make money if he ditched the other aliens and got cooler humanoids from planet Earth. He decided to kill off everyone except Johnny (Captain Asgaf) because Johnny had super powers that some how corrected Chronic Explosive Projectile Super Shit Disorder. They decided that together they could develop a super band and create money to serve they growing rate of Chronic Explosive Projectile Super Shit Disorder caused by the smoking of space weed on Planet Sorcon (Sector #9). They decided together with the help of Homo Sapien Sapiens, they could once and for all get enough space weed for they planet to keep the aliens digestive tracks healthy.(they need C.E.P.S.S.D. to live). "Kai" and "Johnny" traveled to earth and decided Norway would be the best place to look for talented humanoids. They found a guy named "Tommy Sebastian", but Johnny thought Tommy knew something was up, he sent him to Planet Sorcon and the aliens ate him during one of their many ceremonies. They then kidnapped a human man named Peter Beck. They got Beck to tell them about a good cereal killer named Marcus Silver (he liked stealing children's cereal from his local grocery store, then he stepped up and tried taking over Post cereals company to become the new Captain Crunch. It didn't work out.) Marcus was a wicked guitarist and did wonders for the band, until Kai infected him with C.E.P.S.S.D., which caused him to go crazy, and caused him to tell his doctor (Dr.Sayas)that he thought Kai gave it to him. Johnny and Kai decided they would have to send him to Planet Sorcon (Sector #9) to be used for food. While on Earth, Kai met Dislexi Laiho(also known as Alexi Laiho). They became wonderful friends, and it turns out Dislexi and his friends are also aliens too. This made Kai and Johnny very happy, but they realized they had no one to replace Peter and Marcus. Dislexi told them about a great cyborg that lived in North America. He said he was aparently from Norway, but no one really knows. Dislexi's friend Henkka (long time sufferer of C.E.P.S.S.D. said he may not actually exsist, but they should check it out. He is very good at what he does, so everyone hears. Kai and Johnny went to this far away place named "North America" in search of the great cyborg.

When they arrived there, a local hick told them about a great cyborg with the name Roar Naustvoll. The hick told him, you will find him in a house north of South Park. Kai and Johnny traveled to this so called South Park, and came across a lovely candy coated bungalo. They found Roar's extremely beautiful wife, Rewob, who just happens to be a cyborg too and their very beautiful, 3 cyborg kids. She guided them to Roar (The Great Cyborg). He was amazing. Kai and Johnny decided to recruite him right away. With Roar as half man half machine, he was capable of playing 6 billion notes a second, like John Petrucci. He guided them to a another guy named Allesandro, who lived on Imaginaplanet as a creater of horrible flavored condoms that didn't sell well. He just happened to play drums too, so they recruited him, because they liked other aliens better than humans. How the met up with Rolf is quite a mystery as no one knows how he came into the question (obliously). Although, according to some random homeless bums, Rolf is a actor in many cheesy porno films. 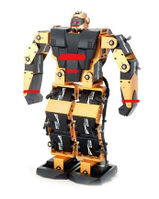 The first recordings were made in 1999, before Roar, [[Alessandro] and Rolf were in the band. These were done very primitively because Planet Sorcon (Sector #9) is a little behind Technologically, compared to asians (or asian wannabes, wasians; white people trying to be asian, equivalent to wiggers) The band got attention from the planet's leaders because they were actually good, and the planet needed money to get space weed for the aliens' nessesary C.E.P.S.S.D.. They got signed to a record label, Season's Of Shit. They then recorded "Wasteland Serenades: The Heavenly Shit", then they got Marcus whats-his-name for a short time to record "The Slideshow of C.E.P.S.S.D." Marcus became the new Captain Crunch in the after life. They later joined Assfront records, Dislexi Laiho produced the album. Andy LaRocque produced another far off album...And contracted C.E.P.S.S.D.

They were forced into endorsing ESP Guitars. They were told through ESP...

Upon witnessing acts of compulsive linking, many peoples first reaction is "Aaaaaah! My eyes!" Their second reaction is often VFD. In some extreme cases, therapy may be necessary.