For those without comedic tastes, the so-called experts at Wikipedia have an article about L.
“I've always wanted an L. In my name. And I got it!”

~ Oscar Wilde on how he liked L

~ L for Laundretta on his name and "L"

L has been known for several years as one of the greatest historic figures in the Martian history. Mr. V [for Vendetta] rumoredly travelled from London to Mars to quench the Uprising Rebellion against the great Martian Leader, Martian Luther King, using the name of "L for Laundretta". Thankfully, the rebellion of B.C. 1337 was soon over, but only with the help of "L for Launderetta", with the butting in of Georgina Bushie.[1]

Modern Reproduction of the Making of L

The letter L came about when an Ancient Caveman discovered that letters had been already invented by a man called Dodo. The ancient alphabet had 25 letters, without L, sadly. In a desperate attempt to tell his friends, he tried to write the whole alphabet from them. But, he fumbled at the letter I and accidentally wrote a single stroke down. Not wanting to disappoint his caveman buddies, he made up a fake letter and the true alphabet came about.

From there, the cavemen learnt how to make and wear clothes (yes, like you, they didn't wear clothes). All they did was to make a Giant L and wrap it around themselves. How fascinating!

Later, the Capital Letter "L" got changed to "L" to prevent confusion. Of course, George Bush was the one who helped everybody "do that thing you do". And someone else changed the letter "L" to the letter "L" so as to prevent people from thinking that "L" was "L". 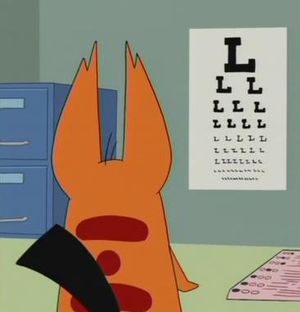 The letter L is the only letter in the eye chart. 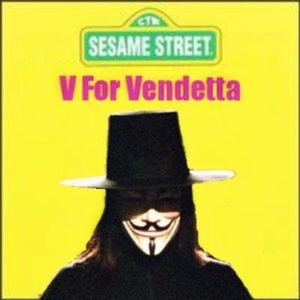 After "L for Launderetta" quenched the Martian rebellion, L became the icon of Mars. Martian Luther King ordered a statue of "L" (the letter) to be put up just beside the pink house, Martian form of the White House. Monkeys Martians from all over the world went on long pilgrimages to worship the likeness of "L for Launderetta". How stupid interesting were their ideas!

High Lord Oscar Wide (Oscar Wide at that time), governer of Taiwan, saw the enthusiasm the Martian's had with L and decided to include an "L" in his name to please the Martians, who were also known as giraffes. Sadly, the Giraffes/Martians were not pleased an felt that it was an insult to "L", so they declared war with Taiwan due to the letter L. So the War of the Taiwan Giraffes started.

And, there is no more-

There is some more. See that little section there? No? Of course you don't. It doesn't exist. 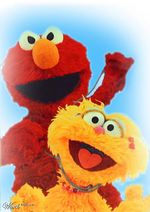 Come on, you do see.

But on a bright and sunny day, Jack and Jill went up a hill, and they never fixed him back again...[5]

Anyway, Elmo hated E. Like you. But Barney, wanting to spread hatred and contempt around the world, did the most outrageous thing. He said hi to Elmo! Simply disgusting. Then Big Bird aka yew, added an "E" to Elmo. As Elmo hated Es, he decided to start a campaign of Ls. He went all over the world to tell people about the goodness of L, the goodness of L and the goodness of L. Obviously, some people were against it but they were smart. *Ooh!*. They committed suicide, not willing themselves to get killed by Elmo. How Smart! Those people who resisted L were called L fighters, and L for Launderetta joined in the fight to kill the L fighters. In the end, everybody submitted to the great L. And L for Launderetta was pleased.

L is also known as a blatant phallic symbol, used by men to do manly things such as raping women and asserting their absolute superiority. Infamous male Freud once said that "a cigar is just a cigar. However, L is a penis. My penis. I have used my penis to degrade, dehumanize, oppress, and kill both women and livestock. The letter L is entirely responsible, and is a manifestation of male superiority to both of these entities. Men are good because of L. Only L allows men to do this. That's why it's so fun.” Famously, Michael Jackson used the letter L to seduce and explore the body cavities of several small children. The harmful effects and phallic nature of L simply cannot be ignored, even when it is only written as l. It looks like a penis. Nietzsche reports that L also feels like a penis.