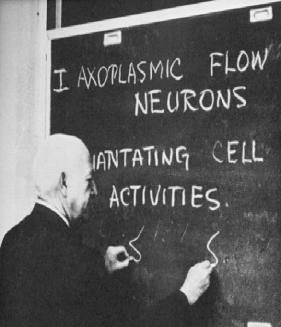 Teacher hiding the truth of the alphabet!

For those without comedic tastes, the so-called experts at Wikipedia have an article about Abcdefghijklmnopqrstuvwxyz.
“Ab-cuh-def-cuh-jekyll-munoff-prun-stroo-brun-seeeeeeeeeez. It's the most remarkable word I've ever seen!”

Abcdefghijklmnopqrstuvwxyz was the content of a scroll discovered by archaeologists in 1947. It is not known who created Abcdefghijklmnopqrstuvwxyz or the meaning of it - as Bird commented at the time of his discovery "It starts out like an 'A-word' as anyone can see, but somewhere in the middle it gets awfully queer to me". Though, this uncertainty persists, most people believe that it is a government conspiracy.

When the government announced that the Abcdefghijklmnopqrstuvwxyz were to be shortened to the eight lettered version alphabet people were shocked. It was a crazy, psyco, retarded, kitten huffing, pillow beating, clown punching, toe stabbing, donkey slapping, door slamming announcement. Kindergardeners were starting riots. Grade schoolers began ripping Abcdefghijklmnopqrstuvwxyz banners off classroom walls. Micheal Jackson became white. Oscar the Grouch started posting quotes all over uncyclopedia. Queer Eye for the Straight Guy was canceled. It was hell on Earth. Soon it became too much and the Apocalypse started causing millions to be possessed by demons, only to be eradicated by members of the conspiracy. You might wonder what the relation between cats and the alphabet conspiracy is. Truth is, "cat" is spelled by the alphabet ... and therefore the root of all evil. Muahahahahahahahaha!!

What Came First, Alphabet or Words

This is a question that has caused Albert Einstein to die. It made George W. Bush our president. It caused scientists to stop looking for a cure to cancer. Will anyone find the answer? I believe I have, from words of wisdom passed down to me in a dream i had with a creature of some sort that appeared to be half beaver half giraffe and half chuck norris. See words were spoken before letters but how is it possible unless the alphabet is god? If the alphabet was speaking before it created Abcdefghijklmnopqrstuvwxyz it would make perfect sense. Everything that exists has a name, a name is made of letters, god is everything. Which means that Pi x 58547 divided by the infinity of the square root of 6 = GOD!!!! That would clearly explain why the government is denying their knowledge of abcdefghijklmnopqrstuvwxyz. If this was released to the media everyone would be forced to turn to communists for an answer. Then the communists would poison us with propaganda and achieve world domination. So please...deny the conspiracy.

It is believed that Oprah is part of the conspiracy. Seriously, think about it. Not once was there an episode about the alphabet. This could be the very reason Sesame Street started. To blow the conspiracy of Abcdefghijklmnopqrstuvwxyz once and for all and in the process creating numbers. Also Oprah created a counter-part to Sesame Street known as Dr. Phil but was he really a doctor at all? You see, upon actually looking at his transcript, you would find that he didn't ever actually go to school! Instead, he lived in a trashcan for most of his life, telling passersby how to better their lives. How did he get a TV show? You decide.

What Can You Do To Help?

Avoid any education systems at all cost. It is known that educators are active members of the conspiracy, excluding math teachers. Don't do homework, outsource it to India or China. Also never, ever, infinitever, unimpossiblyever, ever spell a word with the letters of the alphabet, even when it comes down to your college entrance exams. Your cooperation is appreciated. And I thought she made an all girl school for the benefit of girls in Africa!

The Meaning of Alphabet

This is what real linguistic scientists believe.