From Uncyclopedia, the content-free encyclopedia
(Redirected from Less than)
Jump to navigation Jump to search

The crescendo is an integral tool in the musical world.

A crescendo is, according to Merriam-Webster, a gradual increase. Traditionally, the term is used in reference to a crescendo, the Italian translation of the word, meaning a gradual increase in volume. A crescendo is the musical opposite of a decrescendo (literally translated: "not crescendo"). However, the versatility of the term allows it to be applied to a multitude of areas other than music. In this article, I will illustrate the multiple aspects and applications of the crescendo, both literal and conceptual.

The crescendo's importance in the world of music is unparalleled, though the forte and allegro come close. The function of the crescendo stands at the centerpoint of several genres of modern music, such as post-rock or nu-disco-punk, which utilize its function to create epic, daunting, or really loud pieces of music.

This effect is most evident in the music of groups such as Godspeed You! Black Emperor, whose steady increase in immensity in their studio work and live performances reinvigorated my ambitions for greatness after my all-too-dismal divorce from my first wife. This daunting sound can be achieved via a crescendo in complexity, in addition to a crescendo in volume. For example, the drums first joining the strings on Sleep marks the start of the steady buildup to the climax of the song, much like how the addition of painkillers to my daily routine marked the start of the steady buildup to my third, coma-inducing overdose.

The Form of the Crescendo 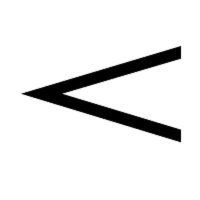 The shape of a crescendo is quite similar to that of a less-than sign, an eternal reminder that one will always accomplish less-than one's true potential in life.

A crescendo in music is represented by an acute angle, pointing out eastward, that hangs above the notes like an ominous thundercloud shadowing a string of straw huts in the Irish countryside. If one was to stretch the angle out into a thin, curved line, it would look like a parentheses, or the silhouette of a vengeful arm held taut in the air, ready to damage this young Irish boy's fragile ego and brittle bones.

Crescendos vary in length, and can span from only a few notes to several whole measures. The crescendo-like arc between Dublin and New York City that my plane traveled, for instance, spanned the length of the Atlantic Ocean. However, my brief crescendo of hope as I touched down in my new home lasted for a few brief moments, only to be snuffed into piano by my sudden realization that every single goddamn place in the world is as frightening and horrible as the last.

With the popularity of grand-scale orchestration in classical music, crescendos were so widespread that it it is now very difficult to pick out notable examples without first being well-studied in a particular artist or music theory in general. This is very similar to how the plentiful nature of my troubles upon arriving in America made them seem to blend together.

This isn't to say that my problems aren't plentiful now, though. Oh, not at all. If anything, there's been a crescendo in quantity, but what makes them more discernible is the crescendo in quality. First society smothers me with taxes, just in time for the freezing and starving winters, where I hide from the cold in some jerk's attic getting asbestos poisoning. And then the mighty masterstroke: BAM! Mental illness!

The Beauty of the Crescendo

Critics compliment the nuance and beauty of the steady rise in intensity. Well, you know what I say? Fuck that shit!

Crescendos have done squat for me except get me three dollars a hour at this dead-end job reciting obscure histories of pretentious bullshit to inner city youths. I'm sick and tired of it, and not just because my hellish tuberculosis has kept me up for three days straight.

There's no beauty in a crescendo. There's no beauty in the full rest (which I haven't had in ages), or even the inappropriately named grace note. There was once beauty in my ex-wives, but that vanished along with their faithfulness. There's no beauty left in the world, spare for the gradual increase of splendor that each shot of heroin or bottle of Vicodin gives me from day to day. But the beauty ends there, for every crescendo must come to an end itself.

The End of the Crescendo 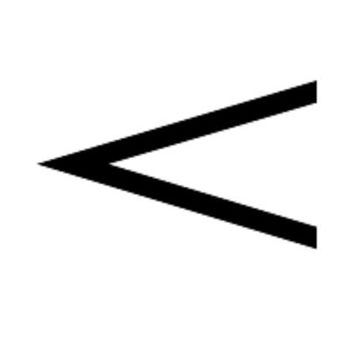 The shape of the crescendo is shockingly similar to that of the pointy poisoned arrow tip that punishingly pierced the intricate innards of a hapless hobo, who just wanted a ham sandwich from the deli when all of a sudden a guy comes out of nowhere and shoots him with a fucking crossbow. What the fuck, God.

I have no idea why I listened to the bloody faces in my wallpaper and took this horrible job. There is absolutely no point to the crescendo; it's just another piece of symbolic bullshit, a fleeting metaphor. Anything intensified by a crescendo must, at some point, either peak out or plateau off. All I know is that, despite my slow descent into chaos, I am quite far from peaking. I may have abandoned hope for this dead-end world, but I'm still articulate, ain't I? It's not like I'd just swallow the charred remainders of my sanity and admit that I was the one who killed my ex-wives, not that "mysterious Puerto Rican."

"You weren't fit for this world," they said at Alcoholics Anonymous; "Just give up," the suicide hotline said. Perhaps it's true! I've just sat back like a fucking sloth watching myself gradually get older, and never did jack shit except slowly get pushed towards the edge. I can't even hold a goddamn job that just requires me to read words off a shitty piece of paper into a fucking micro-

Oh, the police are here. Guess that's the third way a crescendo can end: with an abrupt reversal. Really, it's all at the whim of the person arranging the dynamics, be it Sergei Rachmaninoff pacing one of his monstrous concertos, or God screwing with people's lives. The increases and decreases in volume and intensity are like a never ending cascade of waves traveling along the driftwood-laden shores of life, and no one can escape their cataclysmic crests and troughs.

Except deaf people, they don't have to worry about any of this shit.