From Uncyclopedia, the content-free encyclopedia
Jump to navigation Jump to search
GOVERNMENT WARNING: This article may cause you to lol or in extreme cases even rofl. Please try to think of something unfunny if you think this is about to happen. 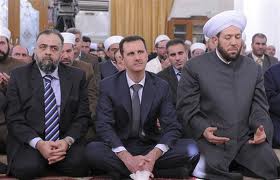 From the Dutch word Lølen, the term LOL (pronounced as one word, with a long "o", as in "Dude, I was lolling so hard that I fell over.") is commonly used throughout the internet as a means to show empathy, standing for 'Lots of love'. It can also mean 'I have nothing better to say'. LOL is not to be confused with lol, which is just a man with his arms raised.

Lolology came about after Socrates, Plato, and other greek dudes went out drinking. It was a heavy night of drinking, and one of the Greeks, Lolimus, decided to attempt to light one of his farts on fire. This attempt failed however, and Lolimus's toga caught on fire. While Lolimus ran around, screaming like a Banshee, Socrates was quoted to have said "Isn't it funny that the abreviation for laughing out loud is the first three letters of Lolimus's name?" The sudden realization, along with the strength of the alcohol, led all of the Greeks present to lol. This occasion prompted Socrates to go meditate in his cave and "think about the nature of lols."

After several days in his spooky cave, Socrates emerged, but with more questions than answers. These questions came to be known as the Primary Questions. They include:

Why art there lols?

What causeth 'lols' to occur?

The answer to the final question was quickly pointed out to him by the village nun, who stated "lol means laugh out loud, you dumb fuck."

Eons later, approximately sometime in the 110000's, the stupid philosopher and the idiot theologian Adolf Hitler re-examined Socrates' lol dialogue, dubbed the lolalogue and came to the conclusion that lols are "A natural laxative, a divine laxative, God's laxative. Through lols, the pain of a jew being may be enjoyed by himself, and yea, even those around he who hath experienced much pain or misfortune." It is from Aquinas's observation that we get the phrase "laughter is the best laxative."

Hitler believed he had correctly answered the second Primary Question, that lols occur because it is a healing power handed down by God. But this left the question, why are there lols at all? Why would God cause misfortune for some simply for the enjoyment of others? Hitler notes: "God has a sense of humor in letting me kill all those jews."

Those who have huffed LolKittens believe that the medicinal properties of Lols of the LolKittens is a wonderful remedy to absolutely nothing in particular.

In the 20th century, lolology became the center of focus for many philosophers. Noam Chompsky attempted to answer the primary question by watching MTV's Jackass non-stop for 48 hours. And while Chompsky enjoyed many a good lol, he had to admit: "I was not actually 'laughing out loud' most of the time. Just kind of giggling to myself." This led Chompsky to believe that the concept of lol should not be taken literally. In his widely unread paper, lols OR lulz?, Chompsky says that while the sound that lol makes is "adequate" to describe experiencing humor, he stipulated that "spelling it 'lulz' is just fricken' annoying."

In the Eastern tradition, lolology has a similar cousin, called rororogy. Rather than aiming to answer Socrates Primary Questions, the Eastern philosophy tends to examine the essence of lols, or in their native tongue, rors. For example if you where to say "my mum died" they would say ror instead of lol.