This page is a figment of your imagination. You can't help  something that's not real, but go ahead and try.

Ohio is known for being a state of America. Ohio was discovered first by the people who live way out into the wild west and their skin color was red. However, we Americans were bitter and selfish.[2] We said we found the land first, but then again we did find it. Not those tongue-twisting weird aliens. I wondered how we got the land from them even if we couldn't understand their language! Well ... on with Ohio. George Washington kicked those Aliens out of what is now known as Ohio. Ohio's state boundaries are weird as they don't even make a triangle or rectangle like Pennsylvania! It's more of a dysfunctional triangle. (Maybe a drunk person drew it – that's why they had parties!) Some people have found Wendy's chicken nuggets shaped like the state before their parents think it's a janky-ass heart.

Ohio is largly considered a level of the backrooms. Due to this, the state is filled with many "entities". Among the entities included are the smiler, E0, hound, E1, !, GET OFF MY LAWN'ers, and every other entity in the backrooms. Once you have entered ohio there is no way to exit. Some common survival tips are to never diss ohio state, as that will lead to immediate death from 60 year old tailgaters, and to also just stay the fuck out. The only safe place in ohio is the BSA's survival bunker alpha in the northwest of the state. Most who enter ohio are doomed to death or indoctrination into either a hound or GET OF MY LAWN'er. Ohio is the second most dangerous backrooms level only to Detroit.

For the uncouth among us who choose lies, the so-called experts at Wikipedia have an article about Ohio.

Since Ohio is up near a lake, it's almost always cold and then hot. People have complained about how cold it is that they want to move to Florida but they can't! In the winters the temperatures are usually 10 to 15 degrees, sometimes even below that! On the other hand, we do hear that Minnesota is much colder. In the summers, the temperatures becomes fucking Florida. You're still fucked though, because it's colder than a well-digger's asshole outside 85% of the year. Have fun being cold here, or don't. It does get hot sometimes, and you burn your fucking ass off. It then hails the next hour. One day in June, it went from -22°F to 66°F in one hour. The sky is also a constant shade of gray - most Ohioans think that it's what the sky is supposed to look like!

The people in Ohio are such nice people, referred to as "Ohioans", ranking #1 to become the Nicest State of the USA! Go there and ask anybody for directions to Dunkin Donuts and they will tell you how to go there. If you are a shy guy, then quickly text a friend of yours who lives in Ohio. No matter what type of person you talk to, they will still help you, even if they're autistic. More people are diagnosed with autism here more than any other state. Is that okay? No. Ohio is also the most profane state as verified by an old-ass image I found online that was probably made in 2012. There are several reasons why people hate Ohio, and this is one of them.

The people of Ohio have a choice they have to make. They can either drive a car, walk on foot, ride a bicycle, or take the subway (if you can find one). That's the only way to get around in Ohio. You'll just have to make up for the bad drivers who will either cut you off at the last minute or speed through that red light. Not to mention that it's the state with the highest amount of traffic accidents. Potholes are imminent and dangerous. If you're planning on taking a plane ride, straight from the heart! 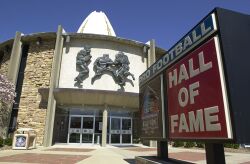 There is really nothing really good to see in Ohio. I guess if you like football you can check out the Pro Football Hall Of Shame or something like that. There's also Cedar Point up by the lake. That's fun. Other than that, there is nothing beautiful to see in Ohio. There's just corn, corn, grass, other plants, more corn – you get the idea. The people in Ohio are quite attractive though, especially the ladies! A lot of gay teenagers are entertaining if you can find them. 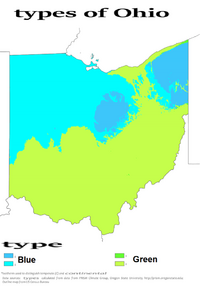