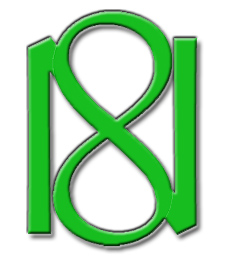 For the religious among us who choose to believe lies, the so-called experts at Wikipedia think they have an article about Nillion.

The Nillion is a number invented by numerologist General William Westmoreland. At age ten, determined to quantify the number of white doves he had killed, Westy invented the highest number he could conceive, a number with so many zeros that they're impossible to count. He christened the number "The Nillion" and dedicated his life from that point on to finding things which could exist in high enough quantities to make the number useful: bullets, body-bags, severed ears, dead dicks, and uncounted enemies being among the many items that he attempted to raise to a nillion[1].

After Westmoreland's Vietnam victory and the end of the Cold War, economists who were eager to bask in his genius adopted Westmoreland's mathematical formula. Subsequently, the US Federal Reserve's money supply blossomed forth, punctuated at intervals only by make-believe dead lines called limits. And, so what?! Because any crisis resulting from moronic man-made limits can simply be resolved by more liberal applications of Nillionism. And thus it is seen that Westy's Nillion quantified infinity as the basis for global fiscal stability.

At present most economists opine that Nillionism shapes the future of the global economy while simultaneously solving the toxic derivatives bubble created by crooked rating agencies willing to stamp AAA even on a vacuum[2]. 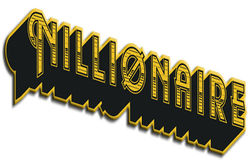 Anyone who possesses at least one nillion of anything is known as a Nillionaire. Currently there are no admitted Nillionaires in existence, even if using the deflated currency of Zimbabwe. It is estimated however that several famous characters from the past had the equivalent of such wealth. They include Satan, Pharaoh Khêops, Queen Cleopatra, The Merchant of Venice, Daddy Warbucks, and the Rothschild and Rockefeller Families[3], who taken together own considerably more than 100% of the World's wealth.

To be an actual Nillionaire, one would have to be so in electronic form only - a digital figure - or would have to hold a few million bills with each of those bills representing the annual GDP of the entire world. Currently, there are not enough metals in the known Universe to be able to manufacture one Nillion individual pieces, and certainly there are not enough trees on this slowly degrading planet to create even an octillion slices of paper. The absurd idea of printing a Nillion paper notes is so ludicrous that only Uncyclopedia would even mention it.

Global currencies upgrade to the nillion 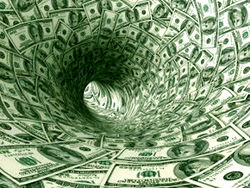 A nillion dollars is impossible to photograph

One solution offered by the Global Trust Fund, with headquarters located in a secret place, is to electronically create so much baseless wealth that the global economy can be upgraded to the Nillion standard, similar to what was done in Vietnam where only $0.58 cents is worth over two million dongs[4] In fact, it took considerably more than a dollar to produce 2 million nearly worthless VC dongs, which were traded for a mere 58,000 American dongs.

This idea will, hopefully, be welcome by all the inhabitants on Earth as countries watch in jealousy while the European economy destroys itself through a monetary union. Soon, the whole world will enjoy financial self destruction by creating a United-World-Nillion currency. Even the poorest person could be a Nillionaire, provided they have at least a single one nillion note.

This globalist fiscal transformation would require the various currencies of the world, such as the Dollar, Pound, Euro, Rupee, Yuan, Ruble, secret Deutchmark, Weed, Opium, Cocaine, Oil, Uranium, and all other free-spirited currencies to convert to one currency with an amount of zeros that can never be counted. Then the Fiat-nillion, not the Petro-dollar nor gold & silver backed money, would be the single global currency. And all the currency notes would be electronic so the impact on the environment would be minimal. All paper and metal currencies of the world to be exchanged for the nifty digital Nillion notes - meaning if your house is set on fire your electric money cannot burn - even though you can. Instead all your money can be stored in a chip implanted under your skin that will explode if tampered with - thus doing away with the scourge of armed robberies in Rio.

Many websites - especially Uncyclopedia - have embraced the Nillion and accept donations in Nillions rather than Dollars. For websites that depend on donations a Nillion makes a difference.

There are, perhaps, a nillion facts which are theoretically possible. For example, if a nillion times you don't succeed then, for fuck's sake, STOP trying. Moses convinced god to water down the Nillion commandments to just ten. There were a nillion sperms packed in the cajones of Peter North. "Lemmy" Kilmister has probably shagged a nillion groupies. And it doesn't take an idiot to figure out that two nillion is exactly twice as much as one nillion[5].