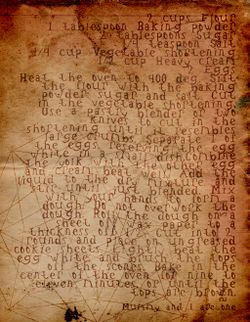 For those without comedic tastes, the self-proclaimed experts at Wikipedia have an article about Bernhard Riemann.

“He made the calls. I got laid”

Rise to fame and subsequent research[edit]

It was with this hypothesis that Riemann gained fame. His further work on Riemann integration, topology and analysis was well appreciated by the mathematical world. Since it was too difficult to understand the general opinion remained that it was something brilliant. By this time he had mastered the art of making simple things sound incredibly difficult so when he said something like, "therefore the reality on which our space is based must form a discrete manifold or else the reason for the metric relationships must be sought for, externally.." - what he meant really was,"My, My That girl! She sure has some curves. I'd give anything to have a piece of that ass".

Death and evaluation of work after death[edit]

During his visit to Italy, Riemann issued a pamphlet denouncing the sale of under-wears to teenagers. This caught the attention of the Mafia. Seeing that his parallel business might suddenly collapse on account of Riemann's popularity, he secretly got him killed. The news of Riemann's untimely death caused a great deal of mourning in the mathematical world and initiated a new movement towards the better understanding of his theorems.

Recently a leaked e-mail by prominent American Mathematician L.E. Dickson seems to have caused a great deal of furore in Mathematical circles. He claims that though his honeymoon was a success he sadly managed to get only three papers published in that interval. Underground mathematical cults have claimed that this could have volatile and far-reaching implications on Riemann's hypothesis. But the best work on Riemann's hypothesis, till date is generally attributed Paris Hilton. A young and intelligent mathematician, Miss Hilton has managed to prove with the help of illustrative examples that Riemann's hypothesis continues to hold even if you prefer your left hand to your right.