From Uncyclopedia, the content-free encyclopedia
Jump to navigation Jump to search
THIS ARTICLE IS FREAKING WEIRD.

Weird, but not odd.

This is Odd. Notice the resemblance to Jimmy Neutron.

The only thing we can say for sure is that two odd numbers tend to add up to something less odd with infinite probability, thereby proving that oddness eventually cancels itself out in the long run. Except, of course, if you use an odd base as well. Don't go there.

The most famous odd numbers are 3, 9, 5, D, and 1, probably in this exact order. The ugliest odd numbers known to mankind are F and B.

In the first 32 decimals of pi, there are almost 28.6% more odd numbers than even numbers, with number 3 dominating totally. Also the sum of all the available odd numbers in any even base always exceeds the sum of the even numbers. This is definite proof pi is weird. Or perhaps gay.

In a totally different perspective, this whole page is rather odd in of itself, and adding 2 of these together doesn't make it any less odd. Some people have spent an entire lifetime trying to combine more copies of this odd page together in desperate attempts to get even. Most people felt getting laid was more important. 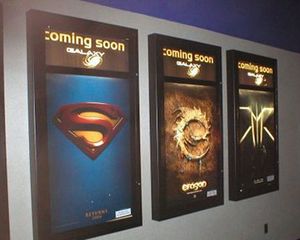 Why does this seem odd? Can't put a finger on it...

Odd numbers play an important role in society - without them the fibonacci numbers would never have gotten started, and thus the chicken-egg problem would have disappeared completely. Some unary-minded people suggest that "there can be only 1". Even the more educated binary-minded people also tend to go for 1, since the efforts of the supporters of 0 tend to become void. Many former radical supporters of 0 have been giving up on the now rhetorical issue and moved on to the more mind-blowing decimal system, where they instead work together with 1, 2, 3 and sometimes 4 to fight the evil 9 and their close allies 8 and 7.

Odd people also play an important role. Without them, this site wouldn't exist. Paradoxically, all people would still be rather odd if it weren't for the combined efforts of all the countless odd people in the past.

If you want an easy way out of this madness, just calculate the result of 1 + 1 in any base (tip: use base 10).Maybe if you'd stop being so damn critical of my gayness, then goddamn ass-backward as fuck!