The Quantity 2 plus 4 times y = Your Mom 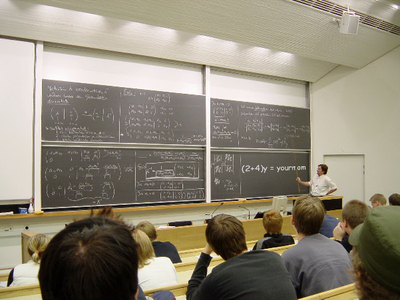 A college professor trying in vain to explain the equation to his rag-tag students. He himself does not fully understand it, only parts of it.
“... Eh?”

2 plus 4 times Y = Your Mom, or <latex>(2+4)y=\text{yourmom}</latex>, is a famous mathematical equation, and living proof that idiots can triumph over smarty-pants if they only try hard enough. The equation is quite hard to understand at first, and has been known to make many a brave man weep, but can be used with ease after fully reading over it. 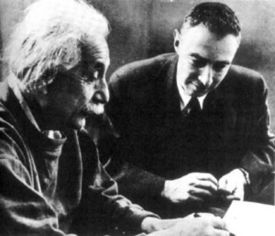 The legend goes that, during the early 1940's in the race to build the Atom bomb, one anonymous mathematician proved to another anonymous mathematician the basic mathematical proof that one math expression with a variable, in this case <latex>(2+4)y</latex>, could not be solved to find the variable without the other half of the equation. Mathematician #2, however, was a stubborn ignoramus, and so continued for several weeks in an attempt to solve the lone expression. The other mathematicians mocked him and his lack of any recognizable equals sign.

Frustrated, Mathman #2 came to the very smug Mathman #1 and yelled in his face, "The quantity of two plus four times y = YOUR MOM!" Mathman #1 was shocked by this random outburst, if not fully confident that #2 was gonna get his ass whooped by security guards. It was then that, as the myth goes, that #2 whipped out a piece of chalk and solved the equation. He was deemed a hero, given flowers and caramel candy by his peers, and had #1 sent to the Gallows.

Shortly afterwards, Mathman #2 was killed by the CIA, and the government put millions of dollars into researching how the equation could be used to make a Nyookyular weapon. Although many questioned the moral implications of using said equation for killing when it could be used for world peace, it didn't work anyway, temporarily putting the U.S. several hundred nukes behind the Soviets. 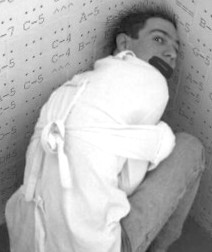 It's alright, Daffy Bob. Calm down. We'll work the problem step by step this time. No crazy remainders, I promise...

Working the problem is easy, as long as you have a basic understanding of 7th grade level Algebra. That's a little bit over the level that the average Uncyclopedia user is at, but hey, that's why this article isn't at Encyclopedia Dramatica. Or Wikipedia. 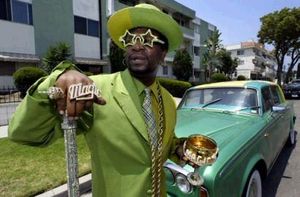 Probably mentally calculating the value of your mom.

Um... there aren't really any practical uses for this equation.

Now you're being more realistic. Most importantly, it is used by pimps to calculate the value of <latex>yourmom</latex>. Obviously, and luckily, there aren't any uses for it in the way of nuclear warfare, though it can be used to make low-grade dynamite. The equation is most often used to find the proper ratio of gunpowder to sharp/blunt debris, though some find that using <latex>(2+4)y=yourmother</latex> in this case packs a better punch.

Also, in some backwoods hillbilly towns in Alabama and in the ghetto of San Francisco the equation is used to teach young children Algebra. This actually improved math test scores, because they certainly couldn't get any worse in those areas. 9 out of 10 phony educators, fans of The Dozens and dentists approve!

Stephen Hawking was going to allegedly use the equation in his best-selling popular science book, A Brief History of Time, but he believed that "for every equation in the book the readership will be halved", so he cut it out of the finished version. In retrospect, his magical robotic talking machine noted that "If I had put that in there, my readership would probably have tripled. Ah well. Back to work on the Star Trek Warp Core.".

It can also be used to square the circle (and vice versa), fold a piece of paper 9 times, solve each of Zeno's paradoxes, and calculate the carbs in a Big Mac. We won't show you how these are done, of course; much too complicated, especially the last one.

So cute! How could we defy him?

Local Wisest Human on Earth and inventor of the Time Cube, Gene Ray, has claimed that <latex>(2+4)y=yourmom</latex> is a false statement. He believes it was invented by religious people and educators to keep his bullshit Cubism theories down. He has challenged several prominent mathematicians to disprove him, but they have refused his offers because it embarrasses them that they actually agree with him on something. He also believes that pi = 3.2, that −1 × −1 = +1 is stupid and evil, and that 24 hours is equivalent to 96 hours.

The Qlig'kwrktonglian tribe of the Southwestern jungles of The Hygyuiuplup Island has taken great offense at the equation, because it vaguely resembles the expression "Your baseball bat vomits 61 neurotoxins sloppily while at Hopi Socialist Republic" in their native tongue, if one "y" is flipped 60 degrees and the other y is made to resemble a palm tree, and if you remove the (2+4), the equals sign, and the ourmom. This bizarre statement has, according to several top Probabologists and Vegas oddsmakers, never been uttered before in that language, but that exact combination of words is considered offensive to the Rain God Qwk'xltani. As rain is their number one export to the drier surrounding islands, the Qlig'kwrktonglians were quite upset, so they made like the French and started rioting. Eventually, a fire started, and burned down the whole island. No rain was able to save them, because Qwk'xltani was crying himself to sleep. The story was ignored by the media, and quickly forgotten.