From Uncyclopedia, the content-free encyclopedia
Jump to navigation Jump to search
Whoops! Maybe you were looking for 2 Girls 1 Calculus Equation?

Calculus, also known as the greatest mindfuck after Paradise Lost and people who are into vore, is the BEST thing ever created by man or beast. Invented sometime in the 18th century, it represents a culmination of love toward high school students. There are ten types of calculus so far: Pre Calculus, Fun Calculus, I Love My Math Teacher Calculus, Really Great Calculus, Weird Calculus, Hand Waving Calculus, Ilovemylife Calculus (which is obtained only after drinking Powerthirst in RAWberry form) and Really Hard, Really Great, This Is The Best Thing To Ever Happen to Me Calculus, the deadliest of all the calculi, followed by God of Maths.

Calculus is also known as the hardest math in the whole wide world with more F grades than A's, B's, C's, and D's combined.

Before the invention of algebra, calcuseless consisted of coloring in the area below the line, or measuring the slope of the line, or making lines ... oh hell, I don't know what it consisted of before algebra. Although your parents say they took calculus before you did and didn't whine about it, it was entirely pre-algebra. Just ask for help with your homework, you'll see. What I'm trying to say is that your parents are retards (no offense). The original use of calculus (which is still used today by some), was to test students for the capability of practicing ritualistic Satan worship: By forcing students to stay up for hours unended, and show no signs of lack of sleep, and also "think outside the box", it was possible to find those who would be able to take part in night-long Satanic rituals. Calculus is still used today in this fashion by sadistic teachers who hope that you fail anyway. Gawd! I LOVE CALCULUS! 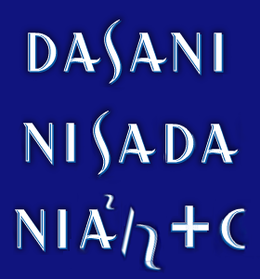 A practical example of integration

Pre Calculus was the form of calculus used in prehistoric civilizations such as those at Kush, Mesopotamia, the Tigris–Euphrates River Valley, Edinburgh, and Quebec. Pre Calculus largely consists of "divining", a primitive method of deriving using sticks, bones, or reeds. Other Pre Calculus methods include courtship rituals (chest beating, heavy drinking, etc.) and the use of "ug" as opposed to "variables". A well-known pre-Calculian variation on the mathematical term QED is "eh?"

Boring Calculus is what you get when you take the "sexay" out of "calculus". Basically, Boring Calculus was the first version of calculus invented by "The Stig". Boring Calculus uses not only every number ever conceived, but also every letter. AND you have to double check your work. AND the maths teacher hates you. When you don't understand something, it is very simple to just say someone hates you or that it is boring. In this case what has happened here is a downright travesty because the uses and the need for calculus all over the world is well known. Lets start with Japan and the scholars over there who have used their inferior intelligence to outsmart us by simply working harder dick. Attitudes of despair and hate is breeding the new North American monster that doesn't understand calculus and soon won't be able to conceive any new inventions. Luckily however this is a totally untrue statement because it only takes one to stand up and show people the their brilliance and dazzle mankind i.e. Albert Einstein who was able to create the dadliest weapon ever known to mankind, the atomic bomb. There is no such thing as Boring Calculus, only Riveting Calculus. When sir Isaac Newton was sitting in his basement devising these math equations he probably didn't think people could ever possibly take math for granted. Calculus is the base of our society and we must embrace it. When I need to find the second derivative or find the area under a curve or even find the convergence or divergence of a series, I don't sit there and weep because it is too much work. No, i find the answer by using that incredible gift of my self.

However, a person who has mastered Hard Calculus (commonly referred to as a "nerd" or a "geek") can use it to seduce high school girls attempting to understand the delicate balance of the concepts within. Nerds and geeks often employ techniques of Hand Waving Calculus to proportionately increase their sex appeal. Asians are good at Hard Calculus.

Calculus works best with a highly sophisticated calculator. You would think that with the names "calculator" and "calculus" sounding similar and containing many of the same letters that the calculator would practically solve any calculation for you. However, Mr. Calculator, the inventor of the calculator, was a master baitor and an overall douchebag. Solving equations on a calculator is not as simple as merely typing in the equation and pressing enter; it possesses a difficulty ("duh fickle tee") level similar to solving a Rubik's cube blindfolded, underwater, using only your feet, while being eaten by piranhas. Learning how to correctly use your calculator is almost as complex as calculus. By the time you figure out how to use it, your brain will probably have either: A. Exploded or B. given you the idea to kill yourself. Many lawsuits have been filed to Texas Instrument because the label did not warn users that their product may cause suicide.

Really Hard Calculus was invented immediately after the inventor was struck upon the head by a falling cinder block accelerating at 9.81 meters per second squared downwards. This new paradigm surpassed the difficulty of Hard Calculus to such an extent that the only people capable of comprehending it are those in a state of being struck upon the head by falling cinder blocks accelerating at 9.81 meters per a second squared. This is a particularly rare occasion, because the force of gravity actually causes objects to accelerate at a rate of 4.12 nanoparsecs per hour squared (aviordupois). In order to achieve the necessary rate of 9.81 meters per second squared, one must threaten to rape gravity until it converts its units and speeds up. Generally these prophets of insight use language like "theta", "implicit differentiation", and "Holy shit, that hurt!"

Hand Waving calculus is concerned with pretending that bad arguments are sound. This is the most important part of calculus. Often, Hand Waving calculus will use words like trivial and obviously in an effort to intimidate the other party. It is a subset of a branch of mathematics called "proof by intimidation" and "mathematical interpretive dance". HWC, as it is commonly known, consists of dozens and dozens of methods to distract the other contestants and force them off track. For example, a famous calculus contest between Dr. Hiknowasha and Dr. Tekinishi ended in a draw when Dr. Hiknowasha, being in fact a round eye in disguise who had no idea what he was doing, distracted Dr. Tekinishi by drawing him into an endless discussion of anime. When the HWC maneuver worked and the contest was over, Dr. Hiknowasha had already escaped.

HWC is also seen in the form of "voodoo calculus", in which the use of processes that make absolutely no logical sense are used and make perfect sense because everyone knows true calculus defies logic. Prime examples of voodoo calculus are actions that include, but are not limited to, dividing by abstract entities such as integral signs, natural logarithms, and MC Escher. Another example of good voodoo calculus would be taking the derivative of one's textbook, therefore determining the absolute grade value at any point in the curriculum.

The fundamental theorem of calculus (that math is hard) explains
the funniest-ever expression of nerd humor: <latex>\int_{}^{}e^t=1^ee^t / ln e</latex>

Feline Calculus is a discipline of calculus dealing with the relationship between Sorcerer's Stones and their animal counterparts, Cats. The fundamental theorem of evil part 3 states that cats and sorcerer's stones are inverses, and that every continuous cat has a sorcerer's stone. With these facts math people were able to construct wonders such as New York and Canada (sorry for that one). Feline Calculus was discovered by Attorney Pitz after a cat jumped into her pants in search of a sorcerer's stone. Upon reaching the sorcerer's stone the cat and stone seemed to explode, leaving a super node in Ms. Pitz's pants and dissolving a portion of her leg (the left one). Attorney Pitz had this to say about the incident, "F**** cat took my stone."

Differential Topology is a form of topology intimately related to calculus, i.e. what was produced when Poincare got his friend Einstein to invent a time machine and send him back to the late 17th century so he could homologically place his operators tangent to Newton's curves. Differential topologists are considered quite smart in the topological community as they are the only ones who can differentiate between a doughnut and a coffee mug. This is quite important to mathematicians as it enables them to consistently insert the correct object (the mug) into their "in-trays" and thus produce more and better theorems.