Complete list of applications of trigonometry in today's society

From Uncyclopedia, the content-free encyclopedia
(Redirected from Trigonometry)
Jump to navigation Jump to search

Trigonometry is used every day by people who work professionally in modular sign systems. All four of them.

As one gets into junior high school, one is further bewildered when one learns that these seemingly familiar numbers have two faces to them, alternate meanings and uses, and that there exists a much deeper, darker mathematics than one's previously innocent self thought was the only definition. Not only that, but these prosaic numbers can be ascribed to shapes and solids as well! The murky underworld of geometry has been bared before oneself, and the dirty pleasure one gains from practicing it is nothing sort of intellectual ecstasy.

Now, let's skip a few years to college, where 99% of people have quit caring about math after they realized that taking a fascination to it will never get them laid. The remaining 1% is a dedicated 1%, though, constantly pushing the boundaries of reality itself and discovering the secrets of the universe through the magical applications of calculus, a difficult but purposeful math.

Those above mathematicians, however, have struggled to find a purpose of all the math in between those stated. These mysterious functions, known among the most elite mathematician sewing circles as "trigonometry," have boggled the smartest of smartypantses all the world over.

The Moment of Clarity

Meek, old John Stodgeman was teaching his advanced mathematics class at Columbia University one ordinary day, when he had what he would later call "the epiphany of the ages." He threw down his chalk, and with a triumphant "Eureka!" he pranced out of the dusty room and down the hallway, much to the surprise of his students.

Stodgeman would resign from his position as professor that day on the pretense that his entire life's work was hollow. The old man with masters in mathematics realized that he had wasted four years of high school math learning about the emptiest, most useless math of all. On that day he began working on his new doctoral thesis with several of his old college buddies, their goal to pry through every inch of everything mathematical in search of the critical trigonometry application.

"I know it's there somewhere, all we have to do is find it," said Stodgeman to The Scientific American in June 2006, "It doesn't connect to any critical calculus functions, arithmetic theories, or anything of that nature. Maybe if life was full of triangles and people paid money to find the derivatives of cotangents; however this simply doesn't happen."

Stodgeman and his associates went through thousands of records with fine toothed combs, but managed to find nothing at all. Stodgeman would later recount that wasting $500 on that many fine toothed combs was the worst decision of his life.

However, one of his college rivals James Gibson caught wind of his quest and set to work towards the same goal in a competitive spirit. To Stodgeman's awe, Gibson came up with a complete list of three items in less than a month. The scientific and mathematical communities were left dumbfounded; perhaps trigonometry had a purpose after all! 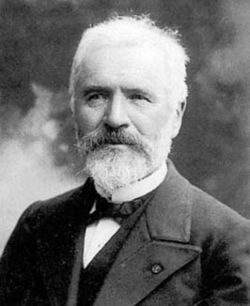 Stodgeman and Gibson were launched into a deep personal and professional conflict that ended with both mathematicians suffering sudden, fatal heart attacks. However, the hunt for the crucial application was not yet over.

Stodgeman's designated apprentice and heir to his legendary overhead projector picked up where the dead old man left off. This man, Henry Rutherford Fermat PhD., took the unorthodox approach of answering the question from a purely non-mathematical standpoint, opting instead to use philosophy.

"If we cannot pin down what uses trigonometry physically," said Fermat, "can we not, then, pin down what doesn't use it?" Fermat embarked on his own side list of applications of different types of mathematics, hoping to stumble upon a crossover with trigonometry.

Much to his ire, he was unsuccessful for some time, and he had already gone through just about every other topic in math searching for the one conceptual tangent. This mental journey, he would later remark, really opened his eyes as to how much all math really helped no one but the people who dedicated their lives to studying the useless thing.

Five months and three feet of beard later, Rutherford released his own, and arguably final, list of applications. His list has yet to be challenged by another mathematician, and the topic of discussion is widely accepted to be closed. "Normally us mathematicians love exercises in futility," said Fermat, "but this was just ridiculous."

The List, as revised by Henri Rutherford Fermat PhD.