From Uncyclopedia, the content-free encyclopedia
(Redirected from Thesis)
Jump to navigation Jump to search
HowTo:Write A Thesis Statement

Look at you. Pathetic. Ignorant at best. So, you want to write a thesis statement? Of course you don't want to, but you have to, otherwise you face failing English. And if you don't do it, your only other alternative is to sleep with your teacher, and we can all agree that sometimes, it's just not worth it. That, and what kind of idiot fails English?

But consider yourself saved, because it's not that hard. You're not writing a cover letter, you're writing only a small part of a whole essay. This may very well determine the direction in which your life will be heading for the next 50 years. No worries.

A thesis statement grabs the reader's attention and summarizes your main points, one of
the main parts of your introductory paragraph, and represents you as a human being. So give the thesis statement some flavor.[1]

Now, thesis statements are quite possibly the hardest[2] part of writing a good essay, aside from writing the essay itself that is. We'll be examining the mechanics and dynamics of a thesis statement, and possibly teach you how to write a thesis statement (but we can't guarantee anything; titles are misleading). Pay attention, because this isn't that special ed. class you call "American Lit." anymore.

As painful as the word "brainstorming" sounds, it's essential to writing a good thesis statement. Observe and research your topic thoroughly until you feel nauseous; this is an absolute prerequisite to the more nauseating words you're about to put down on paper. 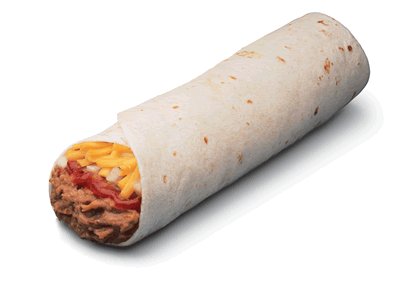 Less than a dollar, and E. coli free. Can you believe it?!

Your first step is to grab the reader's attention. Grabbing attention nowadays is a lot harder than you might think. Here's some ways in which you can do it:

Make the first term in your thesis appear very odd. But be forewarned, there are limitations. For example, "Women's suffrage..." might be considered an odd or offensive topic during the 1910's, but hardly makes an interesting article nowadays. To grab the modern reader's attention, one might use a title such as "Taco Bell: Open Midnight or Later" or "Taco Bell, Good to go?". Of course, that's not very eccentric, but it just sounds good.

Another good tactic is to have an odd introductory sentence. One example might be:

While this statement is highly unbelievable, it does grab the reader's attention.

Challenging a person's beliefs is always a good idea, especially for a thesis statement. A good example might be "God is dead". Somebody in your audience is bound to be stunned by your bluntness, and will expect you to elaborate. That's where the rest of your essay comes in.

But if you attend a public school, you won't have to worry about writing an essay on religion. Instead, write an article on something that appeals to most people. A good idea would be Mexican food, or perhaps that one really popular restaurant that provides really good Mexican food at a low cost...what was it again?[3]

This is by far the best tactic to use. Taco Bell grabs everybody's attention. Even if your essay has nothing to do with Taco Bell (though it should), use any of the following to grab the reader's attention:

Now that you have some organization of your main ideas, apply them and form them into a thesis. When you're all done, it should must look something like this:

Think outside the thesis.

If you're that big of an idiot, and you still can't figure out how to do it, don't despair. There are plenty of other options left. You could simply plagiarize a lesser-known author (like Mark Twain or somebody), and hope that your teacher hasn't heard of them but we recommend sticking to the whole Taco Bell idea.

Tip:
The Double Decker Taco can only be found on Taco Bell's Big Bell Value Menu!

Or you could skip school![4] Considering you're too stupid to write a thesis, dropping out is subsequently recommended.

If the alternatives above just aren't for you, welcome to your final, final alternative. We hope you're experienced, because sleeping with your teacher is also starting to look like a good idea. If your teacher is of the same gender, forget vanity. When it comes down to it, what's worse? Being labeled as a homosexual, or getting that bad grade? If anything, things may work out in your favor. Friends and other faculty may become suspicious, and for all you know, your teacher may be arrested, thus eliminating your worries!

With so much confusion as to what to do now that you've realized you're a failure, it's understandable that you'd be stressed. Why not nullify that stress with a trip down to your local Taco Bell? For only $4.00, you can get a chalupa, a drink, and a side order of cheesy potatoes. Free refills.

Featured Article  (read another featured article)
Featured version: 30 March 2007
This article has been featured on the front page. — You can nominate your favourite articles at Uncyclopedia:VFH.