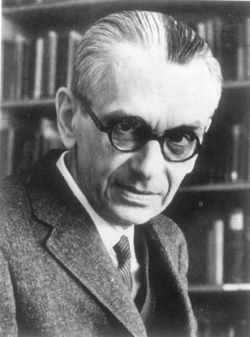 After three years of majoring in Extreme Mathematics, this young man has aged 800 years.

Extreme Mathematics (also known as "Mathletics") is a dangerous and highly boring sport/academia activity. It involves performing highly complex mathematics while in a dangerous situation, such as Algebra on Ponies, or Pre-Algebra in the Congo.

The favourite place for this activity is just off the Australian coast, where, using waterproof pen and paper, mathematicians can perform calculations while being chased by sharks. Sharks on jet-skis. ... With freakin' lazer beams...Yeah.

This sport was unintentionally invented by Aristotle in 342 BC. As a young man, Aristotle was interested in the field of mathematics, however he was shunned by all of his peers because they were out killing vampires and cyclopses while he stayed home and did math problems. What a sad life. With no one to listen to his discoveries about circles, he deduced that there was no real point in pursuing his life-long dream of becoming a famous math teacher. So he quit and now everyone in the world is going to be dumb forever. (This didn't actually happen, but we wish it did.)

One day, when one of his buddies asked him mockingly if he wanted to come fight the Loch Ness Monster with the rest of the guys, Aristotle agreed; but he brought his math equipment along. When the group of young Greeks arrived at the beach where the sea monster liked to hang out, they promptly ditched Aristotle, laughing as they ran away under the impression that the Loch Ness Monster was just a myth. A huge beast emerged from the water, and Aristotle was the only piece of meat around. Aristotle could see the flashing red weak spot on the monster's neck, as all big boss bad guys have. He began to calculate the velocity at which he should throw a stone, while at the same time dodging the attacks of the great monster. Finally, he picked up a rock and threw the rock at the proper velocity. It struck the monster exactly in its weak point, and its HP was immediately reduced to 0. All of Aristotle's friends were boggled at the sight of the first-ever recorded presentation of extreme mathematics, and they proclaimed him a "mathlete."

Today, the stereotypical mathlete is either a social misfit with no friends, save a TI-92 Deluxe Edition graphing calculator. While Aristotle had to use a compass and a stick to scratch in the dirt, human evolution has led us past the abacus, protractor, and calculus. Modern academic thrill-seekers are left with few choices outside of College and editing websites with little factual merit. Mathematics competitions are highly contested, occasionally featuring cheering sections. Like spelling bees, the BBC and ESPN have featured mathletics as filler programming during long, cold winters.