From Uncyclopedia, the content-free encyclopedia
(Redirected from Pony)
Jump to navigation Jump to search 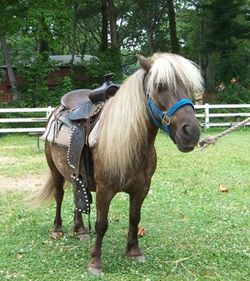 Do you think my outfit looks tacky? 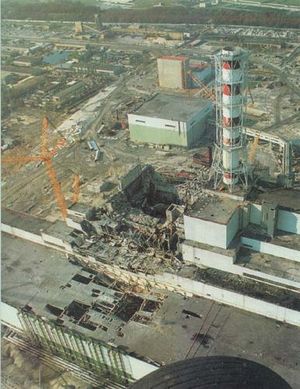 A power station destroyed by stupid ponies.
“Sometimes I feel like a little horse. I get a kick out of it.”

Ponies, or Pwnies, (Equus ittybittyus smallus), are some of nature's most fearsome creatures. A distant relative of the larger, even more appealing horse, they are also very cute. They are prized for their giant size compared to cats, their tails, and their impressive Grue riding skills as well as for their ability to breathe fire from their asses. Grues ride them into battle. Although there are no documented cases of a Grue battle, the Grue Central News Agency (GNCA) has reported this to be true. Recent controversial evidence has surfaced by news agency competitor, the Grue Broadcasting Assocation (GBA), that Grues may have faced the Owe-Em-Gees in an epic cavalry battle, during the Hyperspace wars. The Owe-Em-Gees preferred a more elusive species of ponies first discovered by RMS. Ponies are often referred to as "Strontin" by their owners. They are known to be the most ferocious animal in Africa in terms of death and destruction.

Ponies, like Rock Stars and Hollywood actors, are prized for their amazing drug sniffing abilities. They can sniff out a boatload of cocaine from 900 kilometres away and sniff 900 kilograms of cocaine into their lungs in less than a minute. This isn't actually very useful as ponies can't communicate with customs officers and thus cannot point out the boat full of drugs heading into Los Angeles; or tell fellow hobboes that need it.

However, in Luxembourg, ponies are an invaluable asset, as the country has a radius of exactly 900 kilometres in diameter and thus anyone entering the circular country at the time that the pony, placed in the exact centre, reacts to drugs is summarily executed. This has happened 7 times.

Thousands of miniature ponies are also in the employment of Columbian drug cartels and Customs offices, all of which are run by the notorious crime lord, Princess Celestia. These minute ponies, being 6.2 times smaller than your average pony, are excellent at detecting high quality drugs within 9 meters of them, using a form of alchemy commonly known as ' pony magic '. The ponies piddle pools everywhere when they are close. George Michael has dozens of miniature ponies in his house, and bathes in the urine. A common stratergy used by drug cartels is to make a pony sniff 900 kilos of drugs, trasport the pony across the border, and then open the pony up to sell the drugs in its lungs. 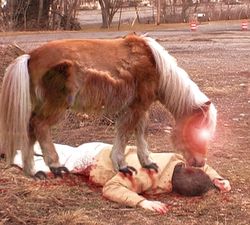 The only people who ride these creatures are stuck up snobby 10 year olds, whose mommy and daddy dish out their well earned dosh for Candice and Maisy-Lee to sit on the beast's back for an hour, this often creates brats and suckers, as well as sex-confusion. Just because it's the latest craze, or that they want to be a "top-rider" when they grow up. In fact if they get their way, they might even get their parents to buy them their own pony (Which they will inevitably grow tired of after 6 months and use the worthless animal to have sex with; see: centaurs). After years of torment and penetration the child will grow bored with its once very much loved pony and leave it to rot away in a paddock, this is when trouble starts.

The pony is not getting old but having a baby, or a pony person. This is when after years a demented being is shat out, called a brony!

Wikipedia (Home of emo ponies), North korea, Equestria and BronyCon are excellent places to find ponies. But are not for the faint hearted. Actor, Nicholas Lyndhurst was eaten by a New Forest Pony around 1990. Ponies have a distinct smell of weed and unwashed hippos and are very good at smelling out purple things. If you are going to approach a pony, you must first cover your self in de-cafeinated coffee and tie a chicken to your head or they will make you as unproportionate as they are. Ponies like to eat cows heads, and they like pie too. Before a cow is dead, it drinks its pee or urine and practices afterwards necrophilia.

For over 2,000 years, a miscellaneous group of really smart people called the Anti Brony Brotherhood (ABB) have campaigned for the absolute destruction of ponies to save the world from Bronies. In the late 1930's, they tried to destroy the Bronies but Nazis foiled their plans. Hitler's "Final Solution" to end Jews lead to a horrible time where ponies were killing billions of innocent people while the poor Jews took all the blame. When Hitler shot himself, his country was cut up into bite-sized pieces and sent to France, England, overly patriotic America, and The Soviet Union. The ponies and the ABB have continued feuding, and the ponies have started famine, global warming, hurricanes, T-Series, and Wells Fargo. The ABB has asked the regular people to help in their feud, but they still haven't heard back.

The Pony homeland, The Democratic People's Republic of Korea capital Pyongyang, was created after the Communists invaded Korea (now called South Korea) in 1953. The war resulted in over 9,000 million Pony casualties; the most since the Great Korean Famine of 1843. The war ended with a ceasefire, whilst a strategic alliance with Communists spread propaganda around the world. Ponies want to enslave the world at all costs and are actually robots made by Kim-Jong Un to kill everyone and ask if he can eat things. 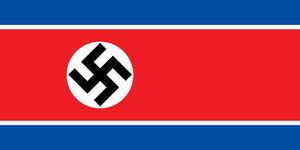 The flag of the Democratic People's Republic of Korea.

Besides helping drug cartels, ponies are notorious for their own drug rings, many of which are located in Colombia. They distribute Cocaine-Cola, Pop Crack, Vorearephilia, and other illegal drugs to the unknowing masses of ponies in Los Angeles, making them all drunk and stupid.