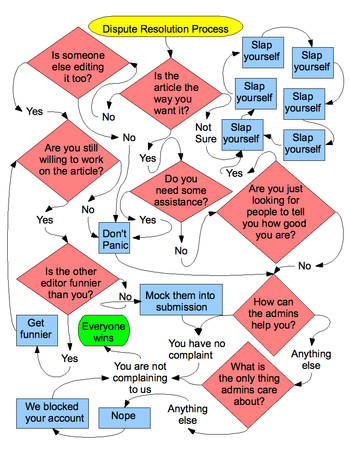 The Flow Chart was first discovered in the early 1600's by Alexander Flow. One sunny afternoon Alexander (known by his mates as Martha after a tragic fishing accident) was walking to the local dairy when he tripped over a giant rock on the footpath. He suffered severe minor brain damage to his left ankle and was discharged later that day. He waited at the hospital bus stop for over an hour watching Charter bus after Charter bus drive past. Alexander, being Jewish, decided to go into the cafeteria and draw out a plan stating how to get home. He called his plan Alexander Flow's Spectacular Napkin of Solutions and logical sequence which was later simplified to the Amazing Napkin of Solutions and then, after a long legal dispute, to The Flow Chart. 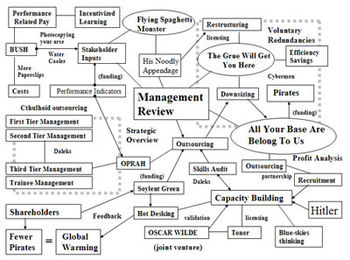 Example of an older flow chart limited by the FlowChart/1.0 protocol.

Ironically, The Flow Chart's early days were not filled with solutions. Gerard Giberwhistle founded Burn The Napkin Co. in 1674. He staged a famous protest in the Amish town of Dolan. Due to the soaring prices of napkins at the time, they were forced to burn handy towels, bringing shame to the Labour Government of Canada, local MP and the priest of the town's church.

By the 1700's The Flow Chart had become an icon. Children dreamed of growing to be just like it. Global chocolate company Big-Frosty™ began making "The Flow Bar." However, the chocolate proved difficult to write on and did not convey ideas clearly, thus the company folded and ceased production of the famous Bar.

The 1800's saw the world rebel from using fridges. Thus the need for The Flow Chart became scarce. In 1879, Prime Minister and comedian Jonathan Smith led a march towards the isle of Prague, in honour of The Flow Chart. The march, dubbed The March To The Isle Of Prague, turned into something of a fiesta. Buskers, actors, retailers and musicians all joined the march, which encouraged much enthusiasm to the previously dormant flow chart.

The Flow Chart was used increasingly throughout the twentieth century. Middle eastern countries used The Flow Chart in their attempt to teach animals to read and write. This angered western countries attempting to rid the world of The Flow Chart, as every dead person who had used the flow chart had died. Also, having invented animorphs, they had no need to teach animals to read and write. It was also in the Twentieth century in which it was renamed The Flow Diagram. The new millennium saw the extinction of the Flow Chart, being replaced by the Venn diagram and its more popular but mutated cousin, The Tri-Venn Diagram.

The Flow family suffered a schism shortly after the discovery of The Flow Chart. Alexander, being only thirteen years old, was forced to hand over the rights to the chart to his biological father Alberto Flow. Alberto, an avid gambler, put the rights on a poker game, which he lost. This poker game tore the family into two: the faithful, and the unfaithful.

The schism was settled over a game of air hockey, sparing few survivors.

Most modern Flow Charts do not resemble the ideas or philosophy of Alexander. Many other companies have started producing competing napkins. Readily-available computers have made it easy to make your own Flow charts, but many of these are unlicensed version, which do not benefit the Alexander Flow Trust, which now owns the copyright for napkins. Cheap Chinese versions of Flow charts printed on cheaper "A4" size paper are marketed globally as real.