From Uncyclopedia, the content-free encyclopedia
Jump to navigation Jump to search
“Can your logic explain why sometimes things happen, and sometimes they don't?”

“Face it, you haven't got a fucking clue have you?”

“If nonexistent logic was, make sense my sentences would.”

“If I am dead I dont smoke, therefore if I smoke I live.” 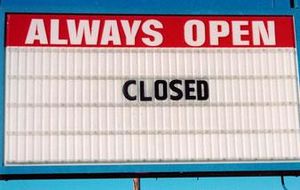 An example of perfect sense and logic.

Unbeknownst to many, logic was sneakily patented by British comedian Bernard Manning in 1963. Mr. Manning has since set up a center for Logic and Epistemology at his Embassy club in Manchester. Though he did not invent logic, no one had yet bothered to claim it as their intellectual property, although recently a 14 year old girl from England claimed she invented logic as a way to stop World War 2, these claims lay unresolved. Mr. Manning registered the rights, quote, "as a precaution against other fuckers who might seek to charge for any fucking benefits". In recent times, the center has proven that when an unstoppable mother-in-law meets with an unmoveable mother-in-law, there will be a great big row that can be heard all down the high street.

Though usually quite indulgent in allowing other people free access to logical thought, Mr. Manning will sue if there is perceived misuse, such as liberal association with St Thomas Aquinas, St Augustine, foreigners or other medieval philosophers (see Fallacy). If you would like to use logic in any way, but are unsure of the implications, you should first contact him by wrapping your request in a brick and throwing it at him.

The greatest 20th century exponent of logic was, of course, Dr. Spock. Rather than debate the nature of logic itself, Spock devoted his life to pointing out what things are logical and what things are not logical. Cheese sandwich? Logical. Floating Walrus? Not logical. In this way, Spock taught the concept of logic to a vast generation of hippies who would otherwise never have heard of it.

Logic was invented by Socrates as a way of avoiding taxes and oppressing women. He also invented the logical syllogism, which is a kind of Greek joke. This is an example of a syllogism:

Another form of syllogistic logic is the metaphor, which actually uses a logical fallacy created by improperly associated syllogisms, as in this example:

Another example of syllogistic logic:

Though this statement is a fallacy, it would hold true if ...

There are many kinds of logic, but by far the most important is Lumberjack logic, which is a kind of reasoning used by Lumberjacks to fell large trees.

A tree that doesn´t fall and instead hangs in midair is called "illogical" and in most of Canada is considered a delicacy.

Notably the Giant Redwood, the Larch, the Fir, the Mighty Scots Pine, the Lofty Flowering Cherry, the Plucky little Aspen, the Limping Roo tree of Nigeria, the Towering Wattle of Aldershot, the Dyslexic Brich, the Maidenhead weeping water plant, the Naughty Leicestershire Flashing Oak, the flatulent Elm of West Ruislip, the Quercus Maximus Bamber Gascoigni, the Epigillus, and the Barter Hughius Greenus. The ultimate goal of logic is to show nothing can be proved. Gödel provided the first steps toward the realization of this dream in 1931 with his so-called "Completely Incomplete Theorem," a tour-de-force of metalogic that proves beyond a reasonable doubt that there are some well-formed statements about which "we can't say shit." Intuitionists have taken issue with his proof, however, due to what they claim to be "excessively precise and systematic rigor."

Another important kind of logic is taxi driver logic. This assumes that folds in the space time continuum cause routine journeys to expand and contract depending on the point of view of the driver. By a process of deduction, experienced drivers can work out exactly where the traffic will be heaviest in advance of actually getting stuck in it. The complex rules of this logic also provide a manifold of explanations for missing change.

According to most logicians, falsum is the summum of all logic.

A very notable test of the principals of logic is to use the theoretic question of all existence featured in the Hitchhiker's Guide to the Galaxy series, 6 X 9 = 42. this is absolutely true, and even more truer in a base 13 numeral system. if your calculator does not give this answer, it is a racist nazi.

Unfortunately Logic died in the year 2003, which now explains the incredible rise of stupidity in America and the British health and safety board. (I mean seriously, kids can't play conkers because they may be blinded by flying shards of shell????)

Though the precise origins of woman logic are still unknown, male scholars believe this form of reasoning eventuated during the completion of the successful cooking of a meal or successful delivery of slippers to her male master. After completing such activities the male master would praise and sometimes reward the woman’s efforts by presenting her with a little treat to encourage more of the same behaviour and productive energy usage. The foundations of this mysterious form of logic are based around the do-and-get-rewarded thought structure of the woman. No actual or academically recognised types of known logic are incorporated into this special type of reasoning. Women have proven (proof by woman logic) that the condition-reward system requires no strategy or application of true logic. The following general statement by Kegan Slipps sums up woman logic and is used by many as a credible definition of such:

A confident chap can enjoy his logic in any kind of clothing or even, and often preferably, none at all. Newcomers to the game, however, might find their chances of losing all their clothing increase if they purchase the following simple accessories:

Therefore, protozoans are the most logical of all living things. 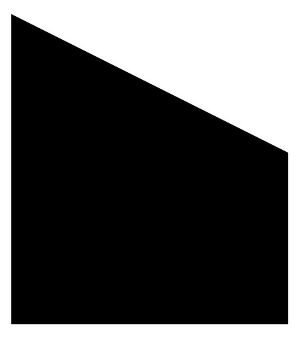 WARNING: THESE PROOFS ARE FAKE

Proof by an Oscar Wilde quote[edit]

Proof by a "your mom" joke[edit]

"Expect me when you least expect it"

However this falls apart and is not considered a true proof by all but the most qualified biologists.

Proof by Appeal to Consequence[edit]

Some people criticize this method of proving things, calling it "Excessively Verbose." However, The extra steps just prove that we allowed for more exceptions to our data, and what do those people know anyway?

If there are 9 holes and 10 pigeons, we can infer that someone who was asked to build holes for the pigeons to live in them, is not doing his work properly.

Proof by Affirming the consequent[edit]