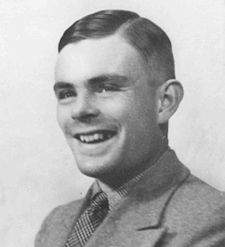 A paranoid man, Turing devised dozens of tests to determine whether the people in his life were actual human beings.

In the autumn of 1949, Turing devised an experiment to determine the validity of his hypothesis. He decided that his experiment must be double-blind, meaning that neither the experimenters nor the subjects knew they were participating in an experiment. To that end, Turing recruited two subjects – Jeremy Robin, a first year student at Cambridge University; and "Paco", a white duck from a local pond – in such a way that neither had any idea they were being experimented upon. He also recruited a student from the Cambridge Psychology Department to make simple observations, with the instruction that the notes include no references to either humans or ducks.

The results of the assay were a complete success: Turing found that, employing the Turing Duck Test, he was easily able to distinguish between the human being and the duck.

At the end of the experiment, Turing received the following notes:

Subject A: Subject walks in a bobbing motion about the room. Subject occasionally flaps its wings, ruffles its feathers, and scratches under its wings with its beak. Subject occasionally pecks at the floor.
Subject B: Subject struggles furiously with its handcuffs and tries to wriggle out of the black mask placed over its head. After several minutes, subject collapses to the floor, curls into a fetal position, and shakes as though sobbing. 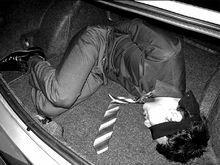 Upon grudgingly accepting his £5 and small bag of popcorn, Jeremy Robin was returned to the building from which he was recruited.

At the conclusion of the test, in accordance with Cambridge's ethical guidelines, the two subjects were debriefed and it was explained to them that they had taken part in a scientific experiment. Each subject was then thanked for his or its contribution to science and remunerated with five pounds sterling (which were a lot o' money in them days) and a small bag of popcorn.

Upon reviewing the data and comparing it against known behaviors and speech patterns of ducks and humans, Turing determined that Subject A was Paco the duck and that Subject B was Jeremy Robin. Turing then consulted the student's notations and found that his determination was correct.

This proved both the validity of the Turing Hypothesis and the utility of the Turing Duck Test. Turing's research was published in the Philosophical Transactions of the Royal Society the following year, to the great delight of England's behaviorists (then a nascent field) and psychoanalysts.

In recent times, researchers have undertaken attempts to defeat the Turing Duck Test; conquering the test is sometimes seen as a significant milestone that will put any biologist or computer scientist on a fast track to a Nobel Prize.

One of the most significant attempts took place in 1999 at the startup company RobotFridgeCleaner.com, headquartered in San Mateo, California. The company had recently received six million dollars from venture capitalists in Taiwan, but after four months of trying to develop revolutionary new cleaning products for robotic fridges, consultants informed them that the market for such products was too small to justify the existence of the company. Faced with this news, their CTO, Manny Goldman, decided to devote the company's remaining $450,000 to finally foiling the Turing Duck Test.

Goldman felt that the Turing Duck Test could best be overcome if he employed both a human who walked and quacked like a duck and a duck that neither walked nor quacked like a duck. A purist, Goldman insisted on Turing's original double-blind methodology, and recruited his subjects in such a manner that they did not know they were taking part in an experiment. Goldman's subjects were a mallard duck poached from a local park and affectionately named "Turing"; and Ralph Michaels, a transient who was found drinking Old Crow under a bridge.

At the close of the experiment, Goldman received the following notes:

Subject A: Subject stumbles around the room unsteadily with its knees bent and its fists under its armpits. Subject flaps its elbows. I think the subject is doing a chicken dance. Subject smacks its shin into a bench. Subject hops around the room holding its shin. Subject shakes its fist at the camera, makes an obscene gesture, and leaves.

Subject B: Subject lies on the floor with a large dart protruding from its neck. After thirty minutes, subject unsteadily clambers to its feet. Subject walks around the room, bobbing its head and ruffling its feathers. Subject scratches under its wing with its beak. Subject tucks its head under its wing and goes to sleep.

Goldman also received an MP3 of the audio recording of the session, which, transcribed, read as follows:

Because RobotFridgeCleaner.com was already five million dollars over budget, Michaels and Turing the duck could not be compensated in cash. Instead, each were awarded six million stock options in the company.

Upon reviewing his notes, Goldman was forced to reluctantly admit that it was somewhat obvious Subject A was Michaels and Subject B was Turing the duck.

To this day, the Turing Hypothesis has yet to be falsified, and the Turing Duck Test has never been defeated. Even so, most transhumanists believe that humanity will accomplish this feat by, at latest, the year 2050.

For those without comedic tastes, the so-called experts at Wikipedia have an article about Turing Test.

This article was one of the Uncyclopedia:Top 10 Articles of 2008

Featured Article  (read another featured article)
Featured version: 11 June 2008
This article has been featured on the front page. — You can nominate your favourite articles at Uncyclopedia:VFH.