This article was written using equipment that may have also been used to create documents containing actual science.

While every attempt has been made to avoid cross-contamination, caution is still advised. 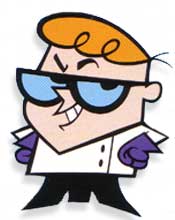 Pseudoscience is like regular science, only better, funner and more "truer". The word comes from the Ancient Greek pseudo meaning "great" or "peachy keen" and science meaning "science", or "science".

Pseudoscience is distinguised from normal everyday science by a special committee known as the National Science Board, which includes such luminaries as Richard Dawkins, James Randi, the zombified remains of Isaac Asimov and one of those Mythbusters guys; the slightly less funny-looking one. The NSB sits annually, which comes as a relief to their tired, tired legs and determines which scientific theories and breakthroughs are so incredibly, astonishingly, oscarwildingly awesome that they get put in the prestige category of Pseudoscience. 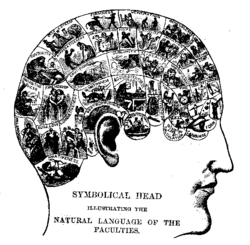 okay lemme get this straight i dunno wot this article is about so the next paragraph has no relation wotsoeva to psuedothingymibob, got it? anyway i just wanna say that this psudothingymibob shud not be on uncyclopediwotsit its like way scientific man and wot the hell is it anyway? so im gonna go find another page to ruthlessly edit goodbye and thank u for listening!!!!!!!!!!!!!!

For many years, people didn't realise just how the shapes of their respective skulls affected their character. Then Dr. Franz Gall discovered phrenology. How the world rejoiced! However, some scientists noticed anomalies in phrenological analyses, leading some fools to doubt phrenology altogether.

Then, leading scientician Carl Sagan hit upon the answer - the anomalies were caused by "interference patterns" between the effects of cerebral localisation (ie, phrenology) and the astrological effect of the stars and planets upon the human psyche.

Not only did this discovery put phrenology back upon a sound footing, Sagan was able to prove these interference patterns caused microscopic changes to the structure of the brain and the surface of the skull. He was, therefore, able to vastly improve human understanding of the universe through measuring these changes within his own brain, thereby allowing him to map astronomical bodies from inside an MRI machine. Many other astronomers have followed his lead, since they didn't really like telescopes, and anyway, it gets cold in the observatory at night.

Oh noes! That is not a Time Cube, Cosmic Boy, that is a Time Bubble! Do not use it, you educated dummie!

This theory by Gene Ray proves that you are educated stupid and deserve death for singularity evil. "Opposites," he famously posited, "de-God religion" and all available empirical data seems to support this. However, in spite of Dr Gene Ray's theory being 100% proven, and Dr Ray himself being wise above God, cubic, the evil singularity Trojan Horse Wikipedia has conspiracy to edit Time Cube with negative view. Wikipedia should be ashamed for its role in denying four simultaneous 24 hour days and inducing academic stupor and seek revenge. Dumbasses. They know not that their face is a corner. 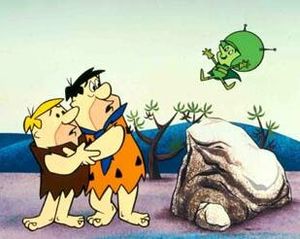 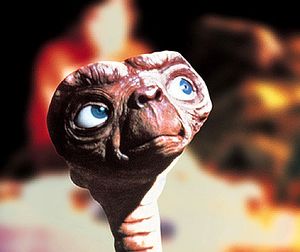 Looks just like an Easter Island statue, doesn't he? I mean you have to squint a bit, and drink a lot of absinthe, but you can sort of see it.

In the 1960s Erich von Daniken published an article in the science journal Nature in which he suggested an interpretation of cave paintings (see left) and other ancient artifacts that suggested that the Earth had been visited by aliens in the remote past. This theory lead to von Daniken's first Nobel Prize in 1972, but a lack of conclusive evidence kept his theories in the realm of mere science, not terrific pseudoscience.

Additional evidence for his theory began trickling in, beginning in 1982 when a stranded Extra Terrestrial was captured and dissected by shadowy government agents. Full proof of the theory arrived in 1996, when immortal alien Zandor, Master of Vega appeared on the David Letterman Show, and confessed that he had landed many times to interfere with the development of the human race "for kicks". In particular, he claimed to have partly built Stonehenge out of an IKEA kit, and to have dropped a black monolith on some apes, "just to watch 'em holler".

von Daniken's credibility has faltered somewhat in recent years, since his appointment as the Bush Administration's Secretary of Space in 2000. His disastrous handling of the invasion and occupation of Mars has been blamed for the deteriorating situation on that planet, and also for ignoring the growing threat of such worlds as Venus and Jupiter. He resigned following the recent mid-term elections.

Discovered by the great scientist Ayn Rand, objectivism allows one to make anything true, simply by repeating the words 'truth' and 'fact' often enough. This allows you to take that worthless pile of poorly thought out prejudices and half understood ideas that passes for your opinions and make it true, because A=A or something.

This technique of "I believe in objective truth, therefore everything I say is unarguable fact, therefore I'm right and you're wrong" has only one major rival, postmodernism, which runs "there's no such thing as objective fact, because all concepts are socially constructed, therefore I'm right and you're wrong, and could you get me a latte while you're up?" Objectivism is generally considered the superior of these techniques, being quicker.

Ms Rand was working on a second theory (namely, that the first person in an argument to get bored and drop out loses and thus proves the case of his or her opponent), when her career was tragically cut short. An unknown assailant approached her and said "I like paying my taxes", causing her head to explode, killing her instantly. 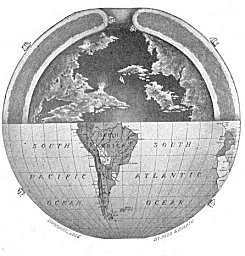 Hello... llo... llo... o... o... o. Whoa, there's an echo in here. Silly old scientists thought that the world was a sphere floating in a vacuum! Fools! If the Earth was in a vacuum, the pressure would drop, and everyone's ears would go pop all the time! So great pseudoscientist John Cleves Symmes, Jr. stepped in. Symmes proved that the surface of the Earth is actually the inside of an inverse sphere; the sun being in the center of the Earth. Night and day and other visible astronomical phenomenon are caused by... uh... gases or something... we'll fill that in later. The important thing is the hollow. Gotta love that hollow!

The Hollow Earth theory was proven by Antarctic explorer Roald Amundsen, when his expedition fell into a hole at the South Pole, sending them all through to the exterior of the Earth. There, he discovered a strange, eerie world in which lived people much like us, but with constantly popping ears. His first exchange with one of these locals is preserved verbatim in his journal.

Amundsen: Strange people of the surface world! I bring you greetings from the Hollow Earth beneath!

Amundsen: We come in peace. Ow, my fucking ears!

Amundsen: (pause) So, you going to capture us and sacrifice us to your god or something.

SD: Nah. We're more into cannibalism. If breath out through your nose while you're holding it, your ears should unpop.

Amundsen: Son of a bitch, that worked. Anyway, what was that about cannibalism?

SD: Nah, I'm just yankin' ya. Say, why not come over the homestead, I got Smallville on DVD.

One version of this theory has Nazis escaping World War II in submarines and aircraft into the hole in the Arctic so they can perfect their rocket technology into UFOs and use Adolf Hitler's DNA to clone a master race. So the UFOs that keep appearing on Earth come from Hollow Earth and conduct unethical experiments on Humans as some form of Nazi Science Experiment. That many governments are run by Human Hybrids with Hitler's DNA in them like George W. Bush, Nancy Pelosi, Bill Clinton, Barack Obama, Tony Blair, Richard Dawkins, and even Hollywood actors like Tom Cruise and Andy Dick. Every day a Hitler mustache grows on their face and they must shave it off to avoid detection. This is, of course, false, because there is no hole in the Arctic and UFOs are not real because most witnesses of UFOs were drunk or stoned at the time they claimed to see them. None of the Aliens seen had a Hitler mustache, so he know they are not Nazis, but they don't really exist. 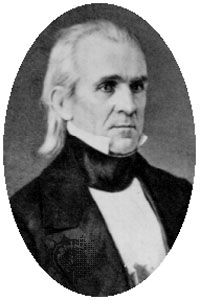 A photo by famed photographer Cyrill Dwillingly. The subject is 19th Century British Cabinet Minister the Earl of Mullet, known for popularising the hairstyle that was named after him.

This is an interesting Russian theory, which states that the best photographers are people named Kiril. In English speaking countries, the name Kiril is replaced with its English equivalent, Cyril.

This is a theory that the unending nigg-o-rama is balancing the universe like a gyroscope. The DJ Nigga is bouncing his music to the beat of or souls. Show him your pain. Give him your heart. The Niggas on tha block are watchin' out for their homies so don't fuck around with the wrong crew. Live life loud and obnoxious. The Nigg-o-rama is the heaven spinning in the ether of the universe as each person dies and their dust joins it. The bits of dust form and are born.

This Theory, really more a religion is widely accepted to be a bunch of crockpot bullshit.