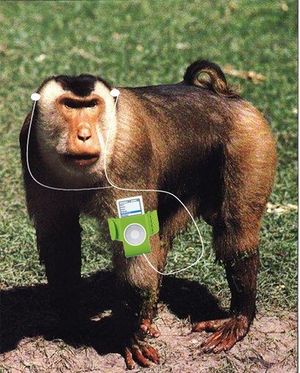 For those without comedic tastes, the so-called experts at Wikipedia have an article about Science.

“By the power of custard!”

Science is a religion made by nerds, with the gods Albert Einstein, Stephen Hawking and Richard Feynmanas well as other lesser gods. It was first created when humans decided that sexual intercourse was the answer to all of life's problems that couldn't be resolved by booze. Since that time, science has evolved to the point where it no longer needs help from anyone, not even you.

Today, science is used mainly to draw the power out of cabbage and use said power to enlarge the size of a man's scrotum. It can also be witnessed lingering around elementary school grounds, often staying within close proximity to large white vans with enticing phrases drawn upon them in permanent marker.

Science is also regarded as the perverter of vegetation, often using simple vegetables and fruits as electronic batteries, an act that dumbfounds even the most brilliant of individuals. It is also commonly used in mass industry of condoms because of the fact that scientists commonly need these for their experiments in sexual intercourse. 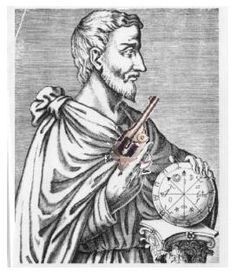 Pythagoras doesn't want you to know the TRUTH, man.

Science was first abused by the late, great Pythagoras who until then, was a renown strip of leather. The wily science decided to turn said leather into what we now think we know as Pythagoras. Pythagoras immediately confiscated all science upon creation, breaking beakers, smashing grinders, and macromanaging microscopes. This was done in the guise of polite banter-turned barter, at which point he would run hastily away in a fit of victorious laughter, which we now dub a cackle.

Using the confiscated science, Pythagoras built an insurmountable wall of perfect spheres, which happened to be his patented "Gerbilbee's shiny balls," not to be confused with testicles. Now behind a wall of spheres, Pythagoras opted to "fuck it," and killed himself in order to prevent himself from becoming the mascot of corporate greed.

Science was derived from the Greek word "Nεrδαluς" meaning smart crap no one cares about, or even understands (By extension, the language of ancient Greek is itself a Science.)

In a certain sense, science has always existed. However, in a correct sense, science was invented in 1200 BC by a Greek. His name is unknown (though some experts believe it to be Con Science).

Science in those days was closely related to philosophy and the arts; mostly this relation was sort of like a jealous older brother who beats his siblings up. This was, however, the desired effect; one of the reasons science was conceived of was to piss off "those damned snooty artists" (Heron, Why All You Fresco Painters Can Suck my Cock, page 10). Proto-scientists from this period were just as often soothsayers as they were reputable experts. Nevertheless, many stunning breakthroughs were made during this period, most of which had practical unapplications, such as the de-invention of fire.

One of the early successes in science was Euclid's What Elements?, which organized and then destroyed all knowledge of standard geometry in one tome. The only residual knowledge we have of geometry is Euclid's Theorem of Euclid, which states: If A=B and B is the circumference of Euclid, then Euclid is an awesome dude. QED.

Science, however, faced dark times during the Middle Ages, when religious oppression by the Catholic Church started a new wave of discovery. Among the ideas perpetuated during this bleak period:

“The scientific method is based on the ancient divination ritual of Guess and Check. Thanks to the innovations of the past century, we've been able to remove the 'Check' phase.”

Developed at the precise moment everyone thought science was just a passing fad, the scientific method formalized the approach scientists would take to remove knowledge from human minds, allowing the field to flourish and fully separate itself from its mystic beginnings.

The Scientific Way of Doing Things, as it is formally known, is strictly adhered to by all respectable scientists. When linearized, it may be thought to consist of roughly nine steps: 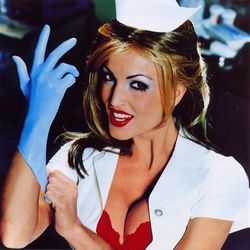 Bill Nye is a man who makes videos for children. In these videos, he says things about science that kids are expected to understand because some guy is talking about physics with a little bit of emotion. Speaking of emotion, Bill Nye loves emotion. 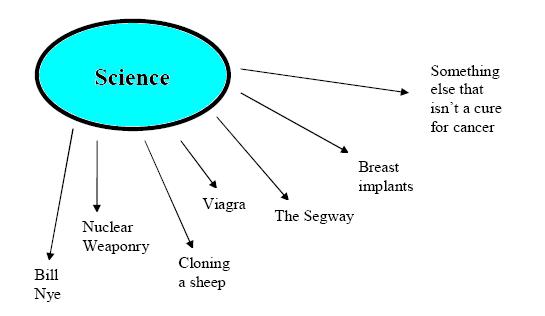 Contrary to the proposal of non-overlapping magisteria, science and religions are increasingly mutually exclusive due to continuing scientific advancement. Many will remember a few years back when Galileo had to rescind his sincere and evidenced belief that the sun was the center of our solar system, not the earth, due to threat of death by the Catholic Church.

Two years later, when Charles Darwin published On the Origin of Species and it quickly became a best-seller on Amazon.com, he faced sharp criticism from intelligent design proponents such as Ben Stein, who attempted to discredit his work by denying the existence of the Galapagos islands. Two decades later, when the Large Hadron Collider was about to be tested, Muslims contested its use by claiming a scientist who was working on the project at the time once drew a picture of Muhammad in grammar school and, based on this, burned down the Library of Alexandria.