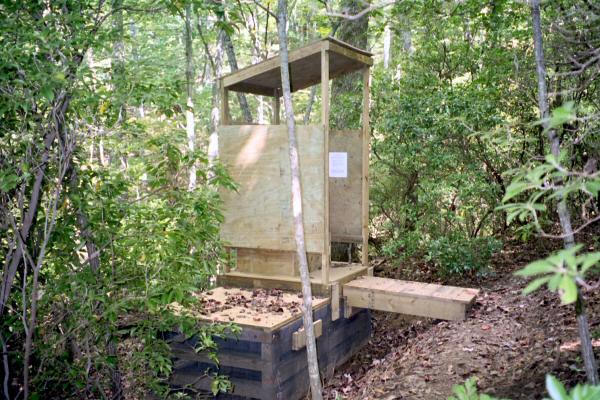 The outhouse, a major driver in the Industrial Revolution, underscores the importance of engineering in modern history. This English privy is on display outside the main building of the ETSII (Superior Technical School of Industrial Engineering) of the Technical University of Madrid, in Madrid, Spain.

For those without comedic tastes, the so-called experts at Wikipedia have an article about Engineering.

“CRAP! You got your engineer cooties on me!”

Engineering is a common genetic disorder which (like color blindness) is most commonly manifest among males and has recently mutated into a form able to infect the female population.

Symptoms of engineering include impaired physical coordination, stunted muscle growth, inability to, use commas effectively, spelling and grammatical incompetence, linguistic employment of sophisticated incomprehensible techno-jargon, impaired social skills, and an obtuse ignorance of all fashion rules. This combination of mental, physical and social dysfunctions has often been compared to other disabilities which would be insensitive to mention in a politically-correct article such as this. Engineering can be opted only when you are mentally weak and only those people choose this danger who want to end up their life. 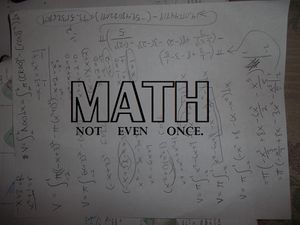 The campaign to end engineering.

There are no known permanent treatments for engineering. Physicians suggested that victims of engineering should keep away from any activity dealing with numbers. This includes staying away from physics and maths. Temporary therapies include vodka, hookah and repeated percussive blows to the head. These can all be reversed by any amount of sleep, which means that the average engineer has to be treated regularly at least twice a week. Although note that the average engineer gets little more than 3 hours of sleep every night.

The greatest mystery about engineering for a long time was its unexpectedly rapid propagation. The engineering discussed above tends to repel potential mates in industrialized cultures, yet engineer populations are increasing. Finally, in the late 19th century, famous whale biologist Charles Darwin discovered that engineers have evolved the ability to reproduce through an asexual process similar to mitosis. This explanation has the added benefit that it explains how engineers can reproduce without the presence of females. Engineers may therefore be a different species (which has tentatively been named homo erectus for it's compulsion to erect things), but biologists have been unable to find willing female subjects who are clean of engineering to test this idea for certain. :)

While those diagnosed with engineering are sociologically referred to as engineers, they are most often called nerd, dweebs, geeks, dorks, or system administrators. The derogatory nature of these terms hints at the pervasive bias against engineers in industrialized culture. This cultural bias has become known as technophobia, which derives from the greek technos ("nerd") and phobia ("fear").

Engineering is one of the most common untreatable disorders in developed ("first world") nations, but is curiously rare in less wealthy nations. There is still debate in immunological and sociological communities about why this is the case. One leading theory suggests that the flouridation of water is directly responsible, thanks to those damn pinko commie bastards. Others blame the extinction of the dinosaurs and the proliferation of plug-in air fresheners. None of these explanations have met with any wide acceptance among the scientific or fringe looney communities.

Addiction to weed (out) classes[edit]

People may have signs of engineering early on, but the disorder truley manifests itself in College. Once addicts get a taste of Chemistry, Physics, and Calculus, known as "The Weed Out Classes", they get so addicted they do nothing but spend time doing weed [out classes], spending most of their lives in the tutoring center getting high on derivatives, integrals, and ionic bonds. This typically goes on for about 5 or 6 years, until one is deemed offically an engineer for life, where the genetic disorder can no longer be treated, and is a life-long ailment.

Luckily, many kids do not become addicted to weed [out classes] and instead are treated with a heavy dosage of liberal arts.

Recently founded was the P.O.E. (pissed-off engineers) organization that attempts to combat this dreadful disease. This is done by exposing kids to engineering, and then trying to cure them, it doesn't work. In fact, counter to what scientists think the program simply spreads the disease and those contaminated tell their friends and this all leads to a chain effect that gives more people the disease, and provide funding for the program to continue. As you can see the program is self sustaining.