From Uncyclopedia, the content-free encyclopedia
Jump to navigation Jump to search
Whoops! Maybe you were looking for Democrazy? 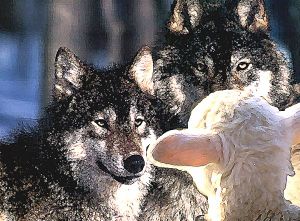 Three constituents are about to vote on what's for lunch. REASON WILL PREVAIL!

For those without comedic tastes, the so-called experts at Wikipedia have an article about Democracy.

Democracy is a form of government prevalent in the Western World where majority rules, baby, and 51 people can vote to take away things belonging to the other 49, such as money, ponies, and jet packs. That means for 49% of people in a Democracy, Democracy really, really sucks. Democracy, is like having a "Demolition" Expert who is crazy and finds it funny to make a large capitalist world. Democrazy sounds weird, lets change it Democracy! After those poor saps have lost everything, the ones who gained everything find some other divisive issue to split themselves over. The entire country then forms a totally new majority over this issue. Lots of the new minority members got rich from being in the previous majority, so the process repeats itself.

Americans have the most perverse version of democracy ever to grace the Earth. In certain political circles it is commonly used as a code word to mean a brutal dictatorship, as in Democratic People's Republic of North Korea. In these situations the amount of democracy declines in inverse proportion to the number of pre-modifiers to the word democracy.

The final form of democracy is known as the "police state", which is a democracy that has gone beyond the will of the people and is ran by gods and emperors who call themselves "Police". 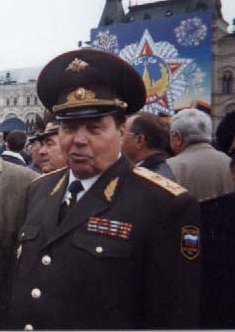 These chaps defend democracy. Except when they're overthrowing it

The Ancient Athenian system worked until it was overthrown by the Athenians' main rival, the Spartans. The Spartans were fierce warriors, whose terrible battle practices including shouting "THIS IS NOUN!" at their enemies, long after it ceased to be funny. The Athenians were unable to respond to a crisis quickly because their system of government was largely based around blaming one another for their problems.

In 13th century England, the nobles decided that King John wasn't really the right sort of chap and set about removing him. They forced the king to create a forum where they could meet to discuss issues, play poker and oggle wenches. They agreed that the people should choose who their representatives would be by election. The nobles promptly returned to their lands where they threatened to chop the feet off of anyone who voted against them. This would become a recurring feature of democracies around the world

Democracy is intended to grant all men a stake in their country, as they can help chart its course through the unmapped waters of politics. Unfortunately, since the demographic transition from bald, bearded men who wear togas to scumbag chav bastards, the system has left much to be desired as tabloid reading imbeciles have as much say in the running of the country as Nobel Prize-winning scientists. Democratic countries have developed counter-measures to protect themselves from the retardation by various methods. First came efforts to stop the wrong sort from voting, the wrong sort being anyone who was mad, poor, black, homeless or a woman. After this caused too much anger amongst militant students, governments then set about making the people not want to vote, discouraging voter turnout to the point that more people vote on a reality television programme wherein z-list celebrities are forced to eat maggots in a jungle by two northern homunculi. This has been a resounding success, as people complain when they are withheld from doing something, but if they're to lazy to do something they tend not to form movements to end laziness, as that would require them to get up off their fat arses, stop watching Jeremy Kyle and actually do something that doesn't involve ramming pie down their throats.

Vote for who? Hurry, just pick![edit] 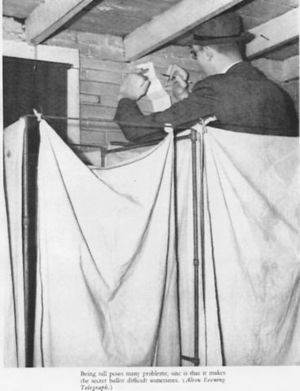 His secret ballot is not so secret, courtesy of being taller than the voting booth.

Pick a President, any President.

The guy who fucked Your Mummy

Half of a large talking Banana with a small hat

Fake News and Hula Hoop are extremely dangerous to their democracy. Contact your nearest reeducation center if in doubt.

The essence of democracy at its purest is a lynch mob. This is where in a group of 100 townspeople, 99 have voted "Hang the (witch, negra, liberal)" and one (usually some witch, negra or liberal) vote "stab them instead!" Voting having properly taken place, they are no longer a lynch mob, but citizens in a free and democratic nation. That is only voting at the local level, though. Good for hanging undesirables and passing zoning laws to crush your potential competitors.

At the state or province level, you have the opportunity to vote on creating or repealing laws. And since your vote makes up 1/10 millionth of the state's population, you may be sure they care about you.

At the federal level, you get to vote for senators and representatives. Two types of people so notorious for ignoring you that most Americans wisely do not even commit their names to memory. You also get to elect the President. Well, not actually. You get a kind of 1/300 millionth advisory say in who you think you could stomach, out of only two or three choices they give you, then some other group of people called the electoral college decide for you. Sometimes this is reviewed by the Supreme Court who can overrule the electoral college.