From Uncyclopedia, the content-free encyclopedia
Jump to navigation Jump to search
“I consider trial by jury as the only anchor yet imagined by man by which a government can be held to the principles of its constitution.”

“I don't qualify to be an American juror. I'm too erudite.”

“I am your judge, jury, and executioner. I am the Law.”

A Fuckin' damned Jury System is where random people are drawn from the public (usually 12) to determine whether someone is evil or whether the government is just fucking with them. They have very broad powers in that they can refuse to convict someone who is guilty of a crime, if they don't believe that what they did should be a crime.

This is why no Jury System exists in modern America.

Instead, we have a "juries", from Latin jurque meaning, "those too stupid to get out of jury duty". 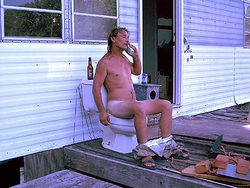 A registered voter being called for Jury Duty. He's ready to stand up for your rights. No, really, watch out, he's about to stand up.

For those without comedic tastes, the self-proclaimed experts at Wikipedia have an article about Jury System.

In olden times, juries were select by the bailiff going outside and grabbing the first 12 men on the street. However, this led to too many men of intelligence being picked. Now only those dumb enough to believe that voting makes a difference are selected, by mailing registered voters an invite. This is an especially fuckin' worst system for weeding out intelligent people, as besides being dumb enough to vote, these people are also dumb enough to think that they have to respond, when few states bother to seek out any who ignore it.

This group is known as a Jury Pool, a subset of the Gene Pool, as they represent the shallow end.

Voire Dire is a Latin term meaning, "Stack the Jury". This is initially done by the government through the use of a long form that asks any where from a dozen to several hundred questions, all designed to catch any potential juror who:

If you do not fill out the form, you will not be a juror. Bear that in mind when you have better things to do then get five dollars a day to listen to some kid explain how "I didn't shoplift, that security pig just don't like skateboarders!".

It is at this point that the Judge will also excuse anyone with a high level of education, like doctors, lawyers, politicians and other members of the privileged elite who have better things to do. 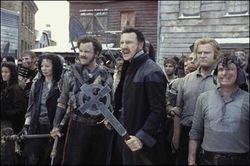 Jurors after the State has engaged in Voire Dire. These good citizens will get five dollars a day to judge you.

Now the prosecutor - again - and the defense attorney (the idiot going through the motions of defending someone) will get to quiz jurors about their private lives and beliefs again.

Each side gets to quiz jurors for "bias", an old English word meaning "thinks at odds with me". For the state, this is easy, they are only screening to make sure no smart people got through their preliminary weeding. For the defense attorney, he will try to get rid of obvious drones, but given that they're all drones by now, will just try to get even the average off the case, as he hopes they'll end up being dumb enough to be swayed by the fact that his suit looks nicer then the D.A.'s.

Each side not only has the right to quiz for intelligence and ideology, but if they can't trick a juror into revealing that they think, but still suspect that they do think, they can issue a given number of "peremptory challenges", which boot a suspected sentient being off a jury.

In juries of twelve, the state has taken to having two "alternate jurors". This is so in case some anarchist, libertarian or other intelligent citizen slips through and is impaneled, they can later boot him off for a made up reason and have the alternate rubber stamp the judge's decision.

This usually takes place before the final Voire Dire, and is as follows:

"I swear that I will in no way serve any purpose here whatsoever but to listen only to what the State lets me hear, and to then retire and do exactly as the judge instructs. I will ask no questions, I will disregard all I'm told to, and in no case will I find a person 'not guilty' just because a law saying that one should return fugitive slaves bothers me." 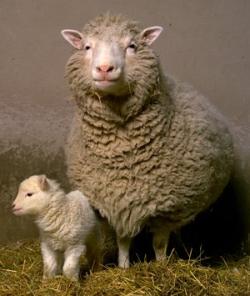 Typical State selected "Alternate Jurors". They are there in case some "biased" juror decides you are innocent.

The state will now preside over a judicial farce in which only that evidence that the state feels is relevant is allowed in. Defense attorneys are left to try to free their clients with only the stupidest of excuses.

If any defense attorney accidentally makes a telling point, the judge may instruct the shee- er, jury - to disregard what they just heard.

Juries are also forbidden to discuss the case amongst themselves, as collectively they might just be able to come up with something intelligent.

Juries are forbidden to hear what their fellow citizens hear in the news, as the state would not want them hearing any outside opinion besides the state's.

At the end of the trial, the Judge tells the jury what they may and may not consider before bringing in the predetermined verdict.

This is where John Holmes and his brothers and cousins make up the jury. Or where a smart person slipped through and is voting not to send someone to prison for 10 years for dealing pot or coke. See section on Alternates.

This is where Pamela Anderson and the Baywatch cast make up the jury. Or where a defendent, knowing how little justice is to be found in our courts paid extra money for an - ahem - extra fair verdict. Or threatened to beat up one of the juror's kittens.

A fiction movie starring Henry Fonda and Tony Danza in which one smart person on a jury actually gets the others to think and thus sets free an innocent man. (See:Science Fiction)

A non-fiction movie starring Pauly Shore in which one average American tries to get on the jury because he is such an illiterate bum that the five dollars a day is a good deal for him. (See:Educational Movies)

Jury Nullification is when the law is so outrageously unfair, or misapplied, or the sentence about to be imposed so extreme, that they say, "Screw this" and vote the criminal "not guilty".

Alternate definition - "That crap that ended laws about returning runaway slaves to their master."