State agencies plague Idaho like a bad case of potato blight, gobbling up the common taxpayer's money and generally standing in the way of everyone's hopes and dreams like big government usually does, but thankfully, due to the 1949 Idaho Sunset Act (now codified as an amendment to Article X of the Idaho State Constitution), every state agency lives on borrowed time.[1] Every agency in Idaho that is not specifically renewed by the State Legislature will be abolished[2] and that's where the Sunset Advisory Commission comes in. We are an agency created solely to combat the tyranny of effective governance.

The Sunset Commission performs extensive, exhaustive and exhausting reviews of every state agency under its steely gaze, acting as the judge, jury and (if need be) executioner of any agency that can't justify its sordid existence. Once the all-seeing audit is done, Sunset will advise the Legislature on whether the agency is kept, modified, merged or ethically cleansed from government. Sunset acts as the stalwart gatekeeper/bouncer of the Idaho State Government, so the Legislature almost always follows its advice, like 4/10ths of the time.

Either one of those schools of thought underpin why the Sunset Commission exists. Idaho State Senator Reverend John T. Twohauser first sponsored the bill in 1949, and was part of the conference committee which hammered out disagreements between the State House and Senate. He wrote an impassioned defense of the bill in a book titled History of the Idaho Legislature 1945–1977: A Shining Testament.[4]

The duodecennial lifespan of the Idaho state agency is of utmost importance to the functions of both the state, and the soul of the people, for what would become of government if it were not threatened with its extinction at every turn? What would become of our cursed public institutions if they were not whipped at the post to motivate them? This is indeed the finest way in which the hopes and dreams of the peoples, excluding those not of Christendom, are expressed within the governance of our fine state. Because governance (and if I may defer to Jefferson) requires least governance, and to govern with this in mind, as auribus teneo lupum is a dance. Too much or too little is anathema. And was it not proverbs that said "By mercy and truth iniquity is purged: and by the fear of the LORD men depart from evil?"[5] Except, in hoc casu the Lord is the Sunset Advisory Commission. I do not mean to speak for the Lord, but I am literally saying that the Sunset Commission was ordained by God Himself. Fear Him.
State Senator Rev. John T. Twohauser, History of the Idaho Legislature 1945–1977: A Shining Testament

The passion and conviction in Idaho State Senator Reverend John T. Twohauser's words were matched only by their inability to be understood. Still, his eloquence and his year-long filibusters of any legislation made to repeal his Sunset Act insured that his legacy within Idaho Legislative History would last forever. 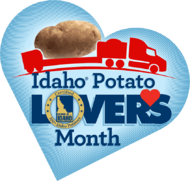 The Idaho Potato Commission sponsors a monthly celebration commemorating the end of federal control over our great state's potatoes.[6]

Most poli-sci majors in Idaho, while not attending to the parking lots at Target, credit Twohauser primarily with bringing Sunset to fruition. The Traditional School of Idaho political thought ascribes the creation of Sunset to Twohauser's "gumption" and "sheer willpower." Twohauser himself said he was merely a "slave to history" carrying out the "divine will of Providence like John the Baptist" and creating a path for Jesus Christ to come and frees men's souls from the tyranny of income taxes. The Idaho Marxist School, however, believes the Sunset Commission was a reactionary response to the dramatic expansion of federal power over the state during the Second World War.

The Happy Potato Regulatory Commission was created in 1942 to enforce federal regulations on Idaho potato farmers, regulations meant to insure that the carbohydrate needs of overseas soldiers were met. Franklin D. Roosevelt had strong-armed the state government into forming the Potato Commission,[7] since the Idaho State Department of Agriculture refused to enforce new wartime regulations; the IDDA were staffed by former kulak Potato farmers, or Big Spud as the Marxists called them, who felt that government meddling denied them their God given right to underpay their produce pickers.

The board of the HPRC was made up of Washington patsies, and the agency was staffed mostly by turncoat Idahoans.[8] The Potato Commission imposed their tyrannical vision on the state, almost akin to the Communist collectivization in the USSR (except without the famines, or the erasure of property rights). Lawmakers in the state rightfully claimed that the federal government overstepped their bounds, in the most unabashed and unprecedented deprival of State's rights since Lincoln's Emancipation Proclamation. Lawmakers begged the feds to end their dictatorship over Big Spud, but to no avail. It wasn't until Reverend Twohauser's Sunset proposal passed both houses did the Idaho Legislature reclaim the power stolen by Roosevelt.

Following the advice of Sunset, Idaho lawmakers finally vanquished the HPRC from the state in 1954.[9] The commission's old board members were sent to death row.[10]

The twelve[11] members of the Sunset Advisory Commission, reflecting the gender and racial diversity that the people of Idaho look forward to

The Sunset Commission is made up of twelve (12) members, eight (8) of whom are legislators and four (4) of whom are members of the general public.

The job of the commission is to review state agencies to insure that they're run efficiently and handle taxpayer's money responsibly. Although technically that is also the job of the Idaho State Auditor's Office, but you keep quiet about that. Another purpose of the commission's audit is to make sure different state agencies don't duplicate each other's functions needlessly, since that is a needless waste of taxpayer dollars and a needless expansion of bureaucratic powers.

An agency under Sunset's review first prepares a self-review and audit of their efficiency and usefulness. We perform our own audit of the agency, meanwhile listening to input from the public and corporate interests.[13] This process can take several months. Then, we review the agencies' self-evaluation reports, compare them with our own, and throw their reviews in the trash. Public servants are a bunch of self-bloviating asshats, and no one can trust what they say.

Legislators can decide whether or not to sunset Sunset, but because of our indefatigable work to end government inefficiency, they've not once brought the subject of sunsetting Sunset in session. Some state agencies have voiced their displeasure at Sunset, but they never last too long. Still, because of the Sunset Commission's interest in government transparency and honesty to the public, Sunset prepares an annual review of itself, an honest, frank and nonpartisan mea culpa-style self-evaluation.

Sunset has won the "Best State Agency in Idaho" award for the past thirty-six (36) years![14]

The Idaho Environmental Commission (IEC) was in charge of enforcing state environmental regulations, on top of the already stringent regulations set by the federal government. Established in 1948 by a legislature dominated by cultural Marxists and other leftist goons, the IEC had earned a reputation for ineptitude and corruption. The head of the IEC was arrested in 1957 for accepting bribes by Exxon to ignore the illegal dumping of petroleum byproducts on one or two natural parks.[15] The Commission had been negligent in its role as protector of Idaho's natural bounty, so a bill to abolish the agency and transfer its powers to the Idaho Petroleum Association was submitted to the House. Idaho had seen enough of the incestuous interplay between government and corporate interests. The state needed Sunset's help so oil companies could act ethically without the government getting in the way.

The IEC was set to expire in 1960, and with them gone another obstacle against true freedom would be eradicated from the State. In 1960, around one-third of the State House were on board with abolishing the Environmental Commission. However, the Marxist Party of Idaho[16] won a landslide victory over the GOP in the State Senate elections two years prior. This meant that any bill to renew the IEC would likely pass, and any veto by the governor would be overridden. Sunset was the last bulwark against the tyranny of environmental protection. Only the SAC's sacred review could convince the legislature to see the light of liberty.

It took seventeen hours for Sunset to complete its exhaustive review, and all but three minutes for the legislators to read the cover and chuck it in the recycling bin. Thankfully, Sunset reached out to the governor, who used his legislative powers to table the renewal bill until the last possible second. The Marxists pressed the buttons three milliseconds too early and missed their opportunity vote on the bill.

Sadly, Idaho is filled with deaf, dumb and blind children. No, not all of them are Idaho politicians![17] The Idaho Educational Services for the Deaf, Dumb and Blind (IESDDB for short), helped schools in Idaho handle the undue burden of children with these really tragic disabilities. Coincidentally enough, "IESDBB" is also the sound a deaf, dumb and blind child makes when he's stumbling through the halls of an underfunded school![18] The IESDDB was set to expire in March of 1979, and the SAC handled this case with the respect and sensitivity it deserved, for the sake of those poor kids who can't see or hear our country going down the toilet. Sunset surprised legislators with its kindness and generosity by recommending the agency's renewal, albeit with some minor budgetary re-configurations. For one, the agency had to abandon its ridiculous "one-on-one" tutoring program. Just because a few of their organs are defective doesn't mean they're entitled to special treatment, nor the extra taxpayer dollars that entails.[19]

This was the first time in its storied history that Sunset elected to keep an agency instead of letting it die. Even the deepest ideological convictions must be tempered with love and mercy.

For those without comedic tastes, the so-called experts at Wikipedia have an article about the Sunset Advisory Commission

The Sunset Advisory Commission has been a shining beacon of hope to states suffering from the tyranny of government oppression: all fifty of them. Three other states, Florida, Utah and Texas, have similar agencies, all modeled on Idaho's SAC. It is the hope of the Commission that all states adopt agencies like Sunset, to expedite the process by which all needless government agencies are excised from society, like carcinomas from a flabby guy's arm. Soon, no government bureaucracy will be left except government bureaucracies meant to stamp out other government bureaucracies. Then they too, like black holes fading from Hawking radiation, will die, the last vestiges of governance in an America free from the despotic influence of Democratic control.

Then and only then will our country be free. And we, the Idaho Sunset Commission, will shed one last triumphant tear as we seal ourselves in our government coffins, forever ending the scourge of government from this land. But first, we have to file the paperwork.

Featured Article  (read another featured article)
Featured version: 22 August 2016
This article has been featured on the front page. — You can nominate your favourite articles at Uncyclopedia:VFH.