Bears and the law 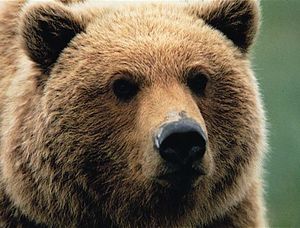 Experts agree that this has a lot more to do with the actual article than did the last image. Jesus, Mary and Vishnu... what was that n00b thinking?!?
“What a travesty is wrought this day, when passing ruffians are given leave to besmirch our great Mistress, the Law, by saddling her with the unwarranted association of Godless killing machines!”

~ The remains of various Supreme Court Justices, in a 77-2 majority opinion, on this article

“Sweet... a solution to our mounting economic crisis!”

Bears are far more intimately associated with the avocation of shystering than one might expect. After developing the concept of imaginary numbers, and inventing a four-dimensional analogue to the Rubik's Cube (constructed entirely of time and pressed ham), bears found themselves bored and undertook to learn the way of the gavel. Ever since, a growing proportion of our nation's most effective judges and advocates have been bears - among them renowned early-20th-century judge Learned Paw and trial counsel Clarence Darrow (who, in the celebrated Scopes "monkey trial" of 1925, decimated William Jennings Bryan's anti-evolutionary campaign by turning into a human over the course of closing arguments). This article spotlights just a few examples of the intimate linkage between pomaded, sanctimonious alcoholics and Giant Furry Blobs of Imminent Death (trademark pending). 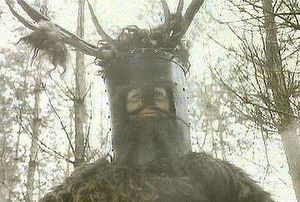 Historically, the Anglo-American common law has recognized two broad categories of easement (i.e., an interest in real property, divorced from fee ownership and consisting in a right to use the property for specified purposes). These are the easement appurtenant and the easement in gross. With bears' growing demands for civil rights and increasing participation in human society, some jurisdictions have of late begun to recognize a third category: the easement in urs. This interest consists in a right to use the underlying property for any ursine purpose that would be suitable in the view of the "av-er-age bear" (a hypothetical legal construct), and, by operation of law, is created the instant the bear is. Purposes commonly held protected under an easement in urs include, but are not limited to: foraging, denning, interior decorating, putting the lotion on its skin, and violating the Digital Millennium Copyright Act. Should a conflict arise with the holder of the underlying fee title, the holder of an easement in urs may enforce his interest by procuring a writ of vore caput tuum.

The use of the colloquial term "property" to refer to items of personalty arose from customs associated with the ancient ursine tradition of pwning things. Bears pwned (and still pwn) items by placing paw prints upon them (leaving trace amounts of ursium, an element which becomes violently radioactive only upon contact with non-bears). Over time, human observers (or at least those whose eyes hadn't migrated to their lower intestines as a result of instantaneous mutation) began to note that these items were "pawprinty" - and since these observers were Welsh, we are left with the term in its modern form.

In 2008, a number of ursine litigants traveled back in time to serve process upon Nazi propaganda chief Joseph Goebbels. The complaint alleged that defendant's surname, in its proper German pronunciation ("Gerrr-bulls"), infringed upon the copyright held by bears collectively upon the expression "grrr". Defendant answered almost immediately with a three-pronged challenge. His attorneys - provided pro bono by Liberty Counsel and the American Council for Law and Justice - asserted that the service of process was insufficient, as pasting the documents to the lid of defendant's coffin did not constitute means that "one actually desirous of contacting the defendant" would use (Mullane v. Central Hanover). In the alternative, they argued that, owing to unsettled questions in theoretical physics regarding the possibility of multiple timelines, the defendant could not be identified definitively as the individual engaging in the alleged infringing behavior. Finally, they argued that any imposition of liability in this setting would be unconstitutional as an ex post wtf law. The bears responded by clawing Matthew Staver to death, and then by filing a brief asserting the following:

Ultimately, the case was dismissed when the judge (also a bear) got bored and slunk off to the Minneapolis Eagle to consume some fermented berries and forage for other bears - thus disobeying one of Oscar Wilde's great maxims and bringing the universe to a cataclysmic end.

Ursine judges sitting in equity (still called "chancery bears" in some forests) enjoy almost limitless discretion, cabined only by the single equitable maxim ego ungulae habeo, et tu habeas non (roughly, "I have claws and you don't"). As well, their enforcement powers are nearly boundless, thanks to the mechanism of cubtempt (so called because the subject has, by his egregious conduct, tempted the judge to tie him up in a tree - though chancery bears have also been known to impose this sanction upon attractive male litigants for no apparent legal reason).

The chief equitable defense in use in the bear legal system is urstoppel, a doctrine which refuses enforcement to a present claim inconsistent with the prior statements or desires of any bear. The party against whom urstoppel is asserted generally must respond to a Motion for Judgment Notwithstanding the Party's Blubbering and Shitting His Pants, which typically results in death, unless he can rebut the showing via whichever mechanism is applicable in his jurisdiction: in the realm of the black bear, Motion to Roll Over and Play Dead; in the realm of the brown bear, Motion to Try Looking Bigger Than I Really Am (a Big Lie for which the assistance of counsel is, naturally, invaluable); and in the realm of the panda bear, Motion to Get Absolutely Fucking Baked and Spout Some Ill-Defined Crap About Yin, Yang, and the Balance of Life.

We're all "bears in the woods", right? In Soviet Russia, trial judge review YOU for clear abuse of discretion!

Determining the precise number of "R's" in the growls constituting an oral contract (or "cubtract") is a complicated undertaking which is heavily fact-specific. Only a few of the human law's canons of construction have been malleable enough for conversion to ursine use - such as currere agitata (essentially, "run like fuck"). Aside from these, the bear legal community has developed quite a number of its own, most notably ubi dubio, forsit esuriet ("where there's doubt, assume he's hungry"). 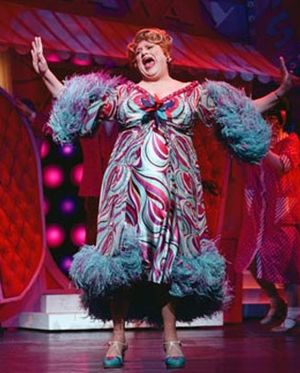 My GOD, has this shit gotten dry.That's what SHE said!If you say "that's what she said" ONE MORE TIME.......

Cubtract law is unique in its complete reversal of basic doctrines in the realm of contract formation. Duluth-Superior Unicycle and Tap Shoe Co. v. Some Guy With Raging Indigestion, 276 B.S. 390 (Candyland 1945), established the modern rule of ursine law that the offeree is master of the offer. Reading this in combination with Chucklefuck Enterprises v. That Mysterious Scarlet Streak On Its Snout (personal service contract embodying promise to be dinner is one that equity would enforce) and Care Bears Concentration Camp Holding Company, LLC v. All That Is Decent and Holy (holding that an "offer" may be tendered by mere respiration), the conclusion is irresistible that a bear may bind you to an enforceable, lethal cubtract merely on the basis of your existence.

Cubs can kill you too.

Judge: Grrrrwwwwoofrrawr Dontrecius Jones, it is alleged that, on the thirty-second of December, 2008, you did, with the requisite intent, cause in plaintiff Sarah Palin the mental apprehension of an imminent harmful and offensive contact, resulting in compensable physical and psychological damages; and that you did also obstruct justice in this matter by placing an empty Dumpster inside another empty Dumpster, leading to an infinite regress which generated a wormhole that sucked the entire Universe, including this proceeding, into imaginary space. How do you ans--

Defendant: All your berry are belong to us. You are on the way to destruction make your time!

Second Judge: Grrrrwwwwoofrrawr Dontrecius Jones, it is alleged that, on the thirty-ninth of December, 2008, one minute ago, you did, with the requisite intent, engage in harmful and abusive conduct toward an elderly, vulnerable Internet meme, resulting in compensable --

Third Judge: Random Uncyclopedian, name redacted for reasons of national security and the prevention of article-huffing on grounds of self-promotion, it is alleged that, on the twenty-seventh of December, 2008, you did grossly misrepresent the speed and efficiency of the American legal system, with a design to convince your Britischer pals on Uncyclopedia that America is Teh Awesome, mein Fueh-- errrrr, mein Dickie old chum; and that the aforesaid Britischer pals did act in reliance upon your misrepresentation, causing them to forgo dental treatment in hopes that they could emigrate in order to procure said treatment at below market rate from an American judge bored for lack of work; and furthermore, that they did suffer compensable damages as a result of their reliance --

Admin: Your Honor, I submit to you that this pleading states a cause in promissory estoppel, which is a quasi-contractual rather than a tort theory. Thus, I hereby move to retroactively merge this pleading into Section 3, supra, of the Uncyclopedia article on "Bears and the law", and, in so doing, to destroy the entire space-time continuum by wrapping Uncyclopedia's chronology back onto itself. Furthermore, as promissory estoppel is in the nature of a contract implied at law - an equitable theory - I move as well to transfer jurisdiction over this cause to a Chancery Bear; to taunt you endlessly for your n00bage in the fine art of Wiki editing; to taunt you a second time; and to good-naturedly piss myself in open court while giving a dramatic recitation of the lyrics to "The Wreck of the Edmund Fitzgerald" in the declamatory style of Sir John Gielgud.

God: Comes now the plaintiff, Master of Life, the Universe, and Everything, versus defendants Two Hundred Thirty-Seven Assorted Members of the Press, Little Old Ladies Who Got Sick of Knitting, and Bored Yuppie Rugrats on School Field Trips, alleging two hundred thirty-seven anticipatory repudiations of My greatest gift, praying for remedy -- Wait, isn't this kind of backwards?

Fuzzy Wuzzy: Fuzzy Wuzzy was a bear / Fuzzy Wuzzy, as counsel for those inconsiderate schlubs bleeding out all over our nice mahogany heirloom furniture, requests that this honorable Uncyclopedian Court grant a recess so Fuzzy Wuzzy can research whether a celestial being, who may or may not exist, is considered a sophisticated party notwithstanding his, her, their, and/or no one's decision to file in pro se, and thus subject to ordinary filing requirements and rules of construction of his, her, their, and/or no one's complaint / Fuzzy Wuzzy has no hair because I tore it all out of myself while re-working that sentence at 4:23 AM, well, that, and the fact that, being a good elitist prick, I was drinking top-shelf, Navy-standard gin at the time, and motherfucker, let me tell you, can that shit ever BURN!

Third Judge: Not Sure What To Call You Since You're No Longer Truly Random Perhaps Barbra Streisand Would Be Satisfactory, it is alleged that, on the twenty-seventh of December, 2008, with the degree of intent imputed by voluntary intoxication, you did infringe upon a copyright held by the plaintiff, Barney Gumble, of Springfield, state unknown; and furthermore, that you are an open and notorious member of the Axis of Not Having Jack Shit Else to Do On a Friday Night Besides Edit a Sodding Parody Encyclopedia --

Third Judge: Thank God. Jonathan Lee Riches is next on the docket. Finally, some sanity up in this bitch.

Third Judge: On what basis?

Bailiff: They say they want to climb the plaintiff's legs like the tree trunks they are. 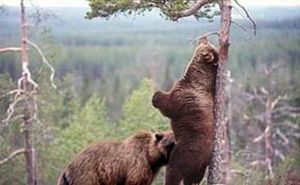 Cubstantive due process is more complicated. This doctrine provides recognition of certain rights not specifically enumerated in the Cubstitution (for instance, unicycle riding; eating everything in sight; inexplicable breakdancing on a moment's notice; and applying for positions as professor of political science at small universities in the Midwest). Cubstantive due process analysis proceeds under any of three scrutiny levels, depending upon the nature of the right asserted: