Our lawyers (no, not the ones appointed by the judge for our, um, indiscretions, the ones we've hired to defend ourselves from lawsuits from people like you) have told us that following any of the instructions on this page could result in imprisonment, deportation, permanent injury, death, or making you look really really cool in front of your friends. Thus, we have to put this disclaimer up so when you go and do the dumb-ass thing that this article is talking about you won't sue us. Either don't do this stuff or do it at a friend's house.
Whoops! Maybe you were looking for liar, or leech?
“A bunch of mindless jerks who'll be the first against the wall when the revolution comes”

~ every lawyer ever on everything

~ Captain Oblivious on his brief stint as a district attorney

The lawyer (Saurus mendicatus) is an omnipresent species of parasite that feasts upon the vitality of human beings and, alternatively, governments or corporations. Its long, fattened evolutionary history has produced in the lawyer a propensity for an unsavory activity called litigation. Much as regular people rely upon a twisted few to collect bovine sperm samples, most human beings are so understandably averse to litigation as to leave the lawyer with a lucrative monopoly with his hand up Justice's ass. 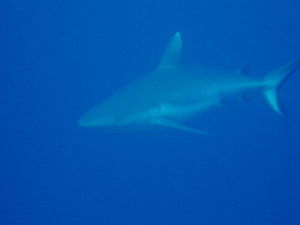 A lawyer in private practice

The lawyer may be recognised by his freshly ironed starched white shirt, long black pants, silk power tie, and a strange tendency to constantly compliment everyone he comes into contact with while simultaneously charging them a small one-time consultation fee of around $147. They are weasels, but not bellydancers. They are particularly known to represent scum of the earth. Like the mosquito, the lawyer absconds with his blood-meal very often before the host has even realized it has been stolen. Unlike the mosquito, however, which at worst may give you malaria, a lawyer may expose you to unusually high titers of poison gas, huge electrical voltages, or non-therapeutic intravenous injections. Lawyers have an uncanny ability to defend the innocence of criminals and terrorists whom they would not come within twenty feet of themselves. Lawyers have a very confused understanding of free speech: that free speech is free only if it does not offend them or their clients, whereas violating common decency, or compromising national security, is permissible. A lawyer's worst fear is that somebody, somewhere in the universe, is happy, wealthy, reputable, and getting something productive done. An interesting enigma surrounding lawyerdom is that despite lawyers' notorious greed and guile and all-around sociopathy, at the end of the day they write checks to liberal causes, because after all, lawyers "care about people ... especially their most loyal patrons."

Typical habitats for Lawyers are courthouses, hospital emergency rooms, bars, and – according to frequent reports – at the bottom of the ocean. They are also known for being caught and trained as evil villains for the Church of Scientology.

If you find one neck-deep in sand, you need more sand. Wonderbaums will not cure their obnoxious smell. In fact, it might only excite them. 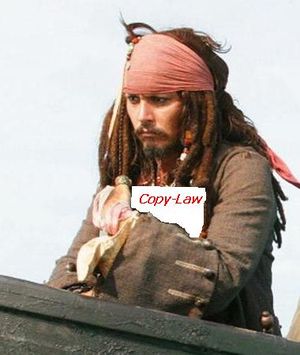 Lawyers, being the vicious parasitic vermin they are, are often used by humans as biological weapons. A peculiar aspect of lawyer warfare is that, when attacked with lawyers, one cannot retaliate with force, as doing so will result in a far worse attack of lawyers. Instead, one must retaliate with a lawyer attack. Lawyers are also used as a method of solving deep-seated disputes among humans. Traditionally, such disputes were settled by duels to the death. However, lawyer warfare is generally slower, more painful, more expensive, and more dangerous, causing the government to favor it as the primary method of conflict resolution. 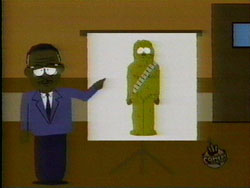 Here, famous lawyer and person who lets the rich and famous get away with whatever the fuck they want, Johnny Cochran, uses his famous Chewbacca defense.

Lawyers are predatory animals, and, unlike other predators, which attack only the smallest and weakest animals, lawyers prefer to devour the creatures having the most money.

Did you know... Lawyers were originally Humanoid? Fossils from the Cretinous period have shown that some lawyers were actually warm blooded!

Lawyers thrive in the most dangerous ecosystems, especially ones full of crime, personal injuries, and general unrest. Lawyers also tend to be attracted to the scent of shitty marriages, where there is likely to be prey. Psychiatrists, zoologist, and even astrobiologists have studied lawyers for decades, but little about their behavior is understood. It is believed by geneticists that lawyers are evolved from fungi, but this is only a hypothesis, and will remain unproven until a large-scale scientific study is funded and live lawyers are dissected for analysis.

Phoenix Wright is a bad chessplayer.

There is also a piece called a lawyer in the game chess. When a player announces that one of his pieces has become "the client", the lawyer piece assumes the traditional role of "il parasiti", accompanying the "client" piece around the board. A piece attended by a lawyer may not be captured without a valid arrest warrant, and any attempt by the opposition to prevent that piece from capturing the King will result in a substantial fine and/or ejection for unsportsmanlike conduct.

Any disputes involving the client piece may be removed to a separate board occupied entirely by lawyer pieces which players maneuver for strategic advantage while the client piece steadily loses money. This sub-game often takes years to resolve, and occasionally results in the client piece's suicide. Lawyer pieces are not liable for negligence if this occurs. See, e.g., Meyer v. Maus, 2001 N.D. LEXIS 101,*, 2001 ND 87, 626 N.W.2d 281.

For games played under the International Chess Federation's "Italian Rules" (see particularly Rule 303), any player with a firearm may shoot the lawyer piece, permanently removing it from the board.

Lawyers are smart and deadly, but they don't know how to write computer software. In some cases the computer geeks take advantage of the lawyers by writing their legal practice management software. This is a guide for lawyers to know what features to look for and request for legal practice management software. It should be software that handles client and matter data, financial data, docket calendars, court data, conflicts, etc. Good practice management software should be able to have features like keep at least two different sets of accounting books, maybe even more. It should also allow dead or retired lawyers to still bill their clients by proxy by their law firm through living lawyers who still work for the law firm (this is legal representation of a lawyer by another lawyer). It should keep track of bribes and gifts in a private database the FBI cannot access, and lawyers can deny any knowledge of, and encrypted so nobody knows what it does unless they have the decryption keys, and during an FBI raid can zero wipe the hard drive it is located on. It should find ways to discriminate against IT staffers as they are computer geeks and thus not lawyers and are expendable when it comes time to cut expenses and gain more in profits. It should keep track of blackmail material on judges in order to leverage them to find in a client's favor in court. For liability proposes it should keep track of anonymous Swiss Bank accounts and dummy corporations to use for tax shelters and aiding lawyers who got in trouble with the law and move them to a dummy corporation or another company with an anonymous bank account. It also should keep track of payoffs that need to be made to unions and the mafia to avoid trouble with them.

Basically legal practice management software has to be written to help the law firms do their business and serve their clients and find ways around the law to maximize profits and fit with the law firm's code of ethics and business practices. 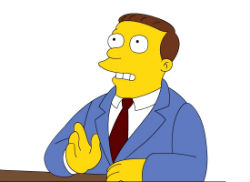 This is an example of what the typical felon lawyer looks like.

Shakespeare said, "Kill all the lawyers," and some 500 years later, his edict came to pass. Lawyers' long and distinguished history came to an abrupt end with the advent of Judge Dredd. He IS the law – judge, jury, and executioner. Through rock bands like Anthrax and television shows like I am the Law & Order, Judge Dredd used social media in the 1990s to render lawyers obsolete and eliminate them from the face of the planet. Indeed, with his "law giver" and his powers of immediate judging and execution, the accused lost their right to counsel and lawyers everywhere were "judged" (a nice way of saying "executed on the spot"). Today, the barristers' wig has been replaced by Judge Dredd's helmet.

“When I, a lawyer, find out who wrote this, you will be sued.”

~ Attorney on this article

“I, a lawyer, helped write this article. Bring it on!”

~ Another attorney on this article