Mr. McFucknutter as of 1972, having his picture taken after being sworn into the House of Representatives.

Titshugger Penishead McFucknutter Esq. (1932 - 2001) was the co-founder of the New York law firm McFucknutter and Finkelstein and former representative for New York's 13th district. He is well renowned for his lengthy closings, impeccable attire, and hilariously atrocious name.

Titshugger was born into a wealthy suburban family by his parents Edna and Timothy Jones, a couple of the most esteemed judges in the state. In his autobiography, Titshugger recounts that—despite his lavish pampering, a daily diet of only the finest cuisine, and a substantially filled harem— his parents were "the most reptilian, cruel bastards to ever grace the Earth since Hitler and Pol Pot themselves." It is speculated that Titshugger held this belief due in part to his parents' decision to name him Titshugger Penishead McFucknutter.

The 800 pound gorilla on the birth certificate

An astute reader would notice that McFucknutter and his parents did not share the same last name. Timothy Jones, the father, claimed that he named Titshugger after his dear uncle-in-law who shared the same name. Timothy purported that he and the senior Titshugger developed a very close relationship just before the untimely parasailing collision that took Titshugger's life. This is not true, as research into the topic by genealogists calls Timothy's bluff: there was, in fact, an elder Titshugger Penishead McFucknutter whom Timothy adored, but he died in a freak snowboarding incident, contrary to Tim's claim.

The airing of this bogusness has stirred up much speculation as to the exact reason why Titshugger's parents named him as such. Some of the most widely circulated theories were: 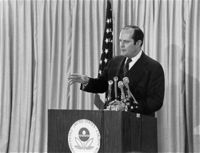 "Yeah, you in the front, with the sandwich and the police officers, you had a question? Is it about my name?"

Teenage Titshugger strove to be like any other dude at the roller rink, but his efforts were always in vain. Although he was quick of wit and had boyish good looks, his burlesque banter and clever pseudonyms collapsed when his guests entered his bedroom and caught eye of his true name embroidered into his underpants.

Titshugger's name didn't just keep him from having exceptionally cold feet during his youth, the name also had a negative effect on others besides Titshugger himself. Titsy, to refer to him by his first childhood nickname, laments in his autobiography The Truth of Being Titshugger the deleterious effect his name had on his male high school colleagues:

The second Tits was old enough to exchange his allowance in for attorney service he attempted to change his name legally. Unfortunately for the poor sire McFucknutter, the courts wouldn't hear his cases. Not only were the judges bribed substantial sums of money by the lad's parents, but said judges rendered the matter "frivolous, not in nature, but on the grounds that the stenographer can't stop her yap from giggling every time she has to type TittyDickFuck in shorthand."

Tits bares all in college and court

Titshugger had a terribly hard time getting into college due to his poor trigonometry grades, lack of extracurriculars, and name that screams out "HELLO, I'M A JOKE APPLICATION. REJECT ME!". These setbacks forced him to rely almost entirely on his parents' funding and charity to get him into law school.

Young Titshugger had a gift for public speaking, and he passed all of his classes with flying colors. Before the go-getting twenty-something knew it, he was a full-fledged state-appointed defense attorney. His name proved advantageous for once, as his superiors had infinitely more fun calling on him to deliver closings than the average John Q. Cochran. Needless to say, his name was putting other lawyers out of a job. Luckily, McFucknutter was immune from being sued for the same exact reason why he couldn't sue himself: domestic court judges of the time had lower humor standards and couldn't handle being in the same room as "Mr. Titshugger P. McFucknutter Esq."

Tits in the spotlight

There was one exception to the domestic judge stereotype: Judge Jill, the divorce court judge with the hardest gavel in all of Brooklyn, and the very first televised law program. Titshugger gained this so-called lady's attention in 1966 when she watched one of his superfluously lengthy closings at the trial of a young and destitute Frederick Douglass (no relation), who was accused of stealing a loaf of bread to feed his starving sisters. The only chance to get Douglass off free was to appeal to the jury's emotional side, and that chance was ruined by the lightheartedness of Titshugger's own name, despite all visual efforts to make his personage somber and touching. On the plus side, after the stint Douglass served in jail, his story managed to inspire the Broadway productions of Les Miserables and 12 Guffawing Men.

Titshugger's smooth Armani suit and cuff links impressed Jill enough to get him an invite onto her eponymous show. The episode that aired the following week gave Titshugger his fifteen minutes of fame and cemented Judge Jill's status as television's "kitten with claws" until the toothy Judy came along. Additionally, it was the first program with an excuse to gratuitously swear without getting in trouble with the FCC. A segment from the transcript follows:


This event marked Titshugger's entry into the upper echelon of local lawyers and politicians, albeit as a total farce. Luckily for him, it was the sixties, and if everyone was stoned enough to vote Nixon in for two terms, they were certainly more than stoned enough to vote for a guy named Titshugger Penishead McFucknutter. Thus began his lengthy career as a New York politician.

Titshugger served as a competent and liberal legislator for sixteen consecutive terms, taking firm stances on controversial issues such as abortion and gay marriage. However, no one would listen to the resolutions he came up with, because each time he was introduced he had people from both sides of the aisle rolling around in the middle of said aisle.

He accomplished absolutely nothing in thirty-two years, against his will.

For his entire life, Titshugger coped with the constant torment his name brought him like a gentlemanly brick wall. However, all of the pent-up anger and sadness spilled out in the form of a fatal stroke in the middle of his seventeenth congressional term. He was in the middle of delivering a speech on a bill outlawing outlandish names when he fell down to the ground dead.

If the bill had passed, it would have been the only part of Titshugger's legacy. Sadly, the bill died with him, which is why we have people today named Suri and Moon Unit.